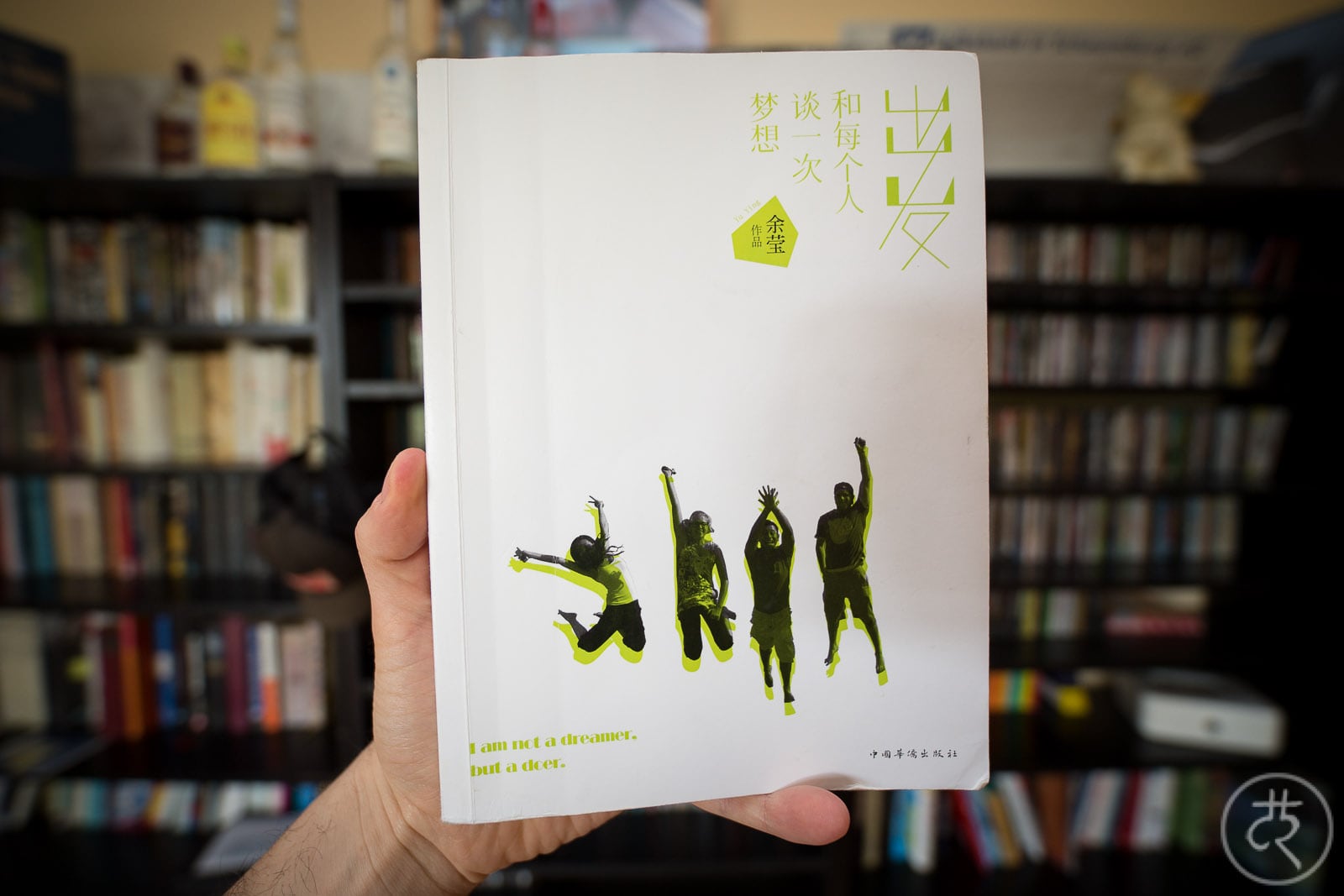 weighed down by dreams

The story: in the late 2000s, Yu Ying, a 20-something woman from Southwest China, works as a personal assistant for a fashion model in Beijing. She applies for the Best Job In The World, a project that places an individual on the Great Barrier Reef as a spokesperson.

In 2011, after not getting the job, she decides to quit her work and go on a world trip to interview people about their dreams and ambitions. This book is about the first leg of her tour, covering parts of Asia and the Pacific.

all the food, all the people, all the tears

The book is as detailed as it is slow. There’s the endless descriptions of food, for example: wherever Yu goes, we can be sure to receive a long list of local specialties. The same goes for the people she meets. There doesn’t seem to be a preselection of the personas we are supposed to read about and the ones who have nothing to do with the story. We just get to know them all.

And Yu gets moved to tears by most of them. By their kindness, by their hospitality, by their general awesomeness. This is nice but rather tedious. Too much food, too many people, too many tears.

And there is one other thing: the book is weighed down by its own meaningfulness. Yu makes sure to interview every person she meets and ask about their dream. This is sort of fun in the beginning, but after a while it gets repetitive. Most people give a generic answers, something along the lines of “I just want to be happy”, while detailed discussions about personal ambitions seem to have a tendency to dissolve into the inexplicable. This goes especially for the end of the book, which goes skinny dipping into the cloudy waters of esotericism.

There were some parts that I enjoyed, though. Like the one about Japan. This is where Yu seems to have done the most preparatory research, and it shows in her writing. She moves past the tropes of the historic Chinese-Japanese rivalry, and she makes situations come alive through her depictions.

Also, she gets quite personal in this chapter. What drove her to this place? Why is it special for her? What other things are there, things she might not mention directly, but which are being alluded to in her writing? The Japanese chapter was the strongest in these regards.

One particularly good thing about this book is how Yu repeatedly finds herself exposed to a sort of “more original version” of her own culture when she travels abroad. The reason for this is that the People’s Republic of China has been changing so rapidly (you might even say: brutally) over the last seven decades, and many traditions have almost been completely lost in the process.

When Yu alludes to a feeling of pain at the sight of “foreign” Chinese living a more traditional version of her own lifestyle, her writing is at its best.

the problem with dreams

Overall, I think some editing would have helped:

The problem with this last one is technical: I think if Yu wants to find out about people’s dreams and aspirations, she could do so without asking them directly. This might turn out to be more revealing.

Yu’s feat of backpacking around Asia isn’t much. Her storytelling is okay, and her writing style is okay as well. Her insights and observations were nice but cluttered.

If you’re interested in a Chinese traveler’s perspective on some places in Asia, you could give this one a go.

Also read: Sun Shuyun, for a different approach to soul searching and traveling.