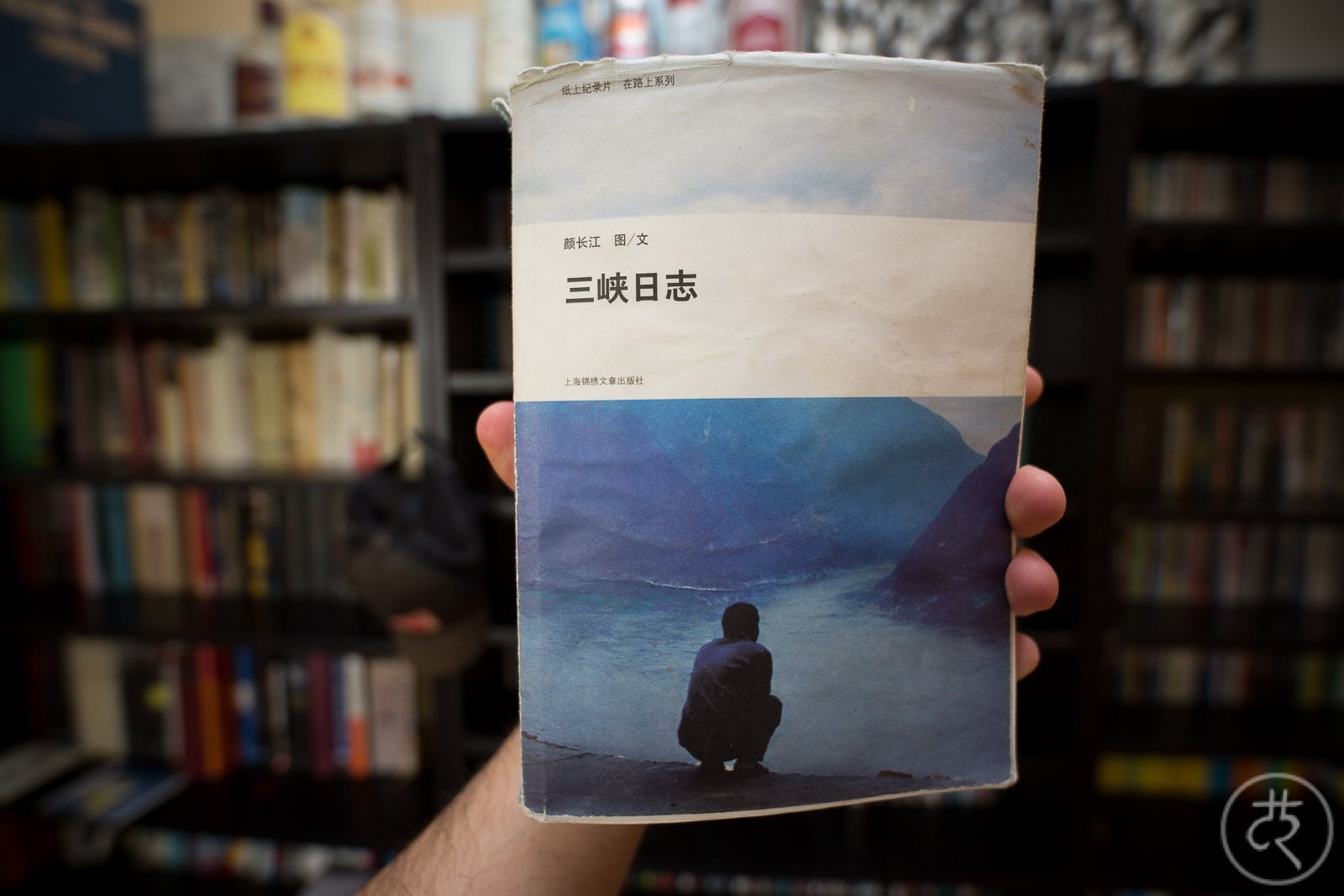 The story: in the early 2000s, Yan Changjiang, a photographer from the Southern Chinese Three Gorges region, lives and works in Guangzhou.

He travels back home to document the areas that will be flooded by the controversial Three Gorges Dam, and after that, he comes back multiple times until 2008, when the project is finished and the water level is starting to rise.

A large part of this book is made up of the photographs – and they are absolutely stunning! Yan Changjiang apparently shoots on film way more than digital, so his pictures are not the glossy kind. Instead they have a dreamy feel to them that I found mezmerizing.

When I was flipping through the pages, I could breathe the air and hear the sounds of the Chinese South, and sometimes I thought that there was even a notion of river sand under my feet. I’d say the pictures alone are well worth buying this book.

The writing was a bit hard for me to understand, though. Yan likes to express his thoughts in a rather laconic style, often even resorting to some sort of mock Classical Chinese (“古文也”). So it took a bit of work from my part.

But in the end, it was a good read. Yan’s observations are insightful, and he tries to lend a voice to the people from the region. His journey is not an easy one, either: facing health problems, feelings of loneliness and self doubt, and then the SARS crisis of 2002/2003, he still manages to introduce us to the people and their culture, to brilliant landscapes and to a part of the country that is just about to be buried under water.

One thing I particularly liked was that Yan doesn’t seem to be shy to express his personal feelings. One of the photo projects he is working on during that time consisted of himself and a rope. The idea is to act out a kind of “hangman” theme in certain places next to the river. What a personal statement.

And what a symbolic one.

Yan Changjiang’s feat of traveling around the Three Gorges is okayish. His storytelling is good, and so is his writing style. The observations and insights he provides, along with the photos, are gold.

If you are into China (especially the South) or into photography, read this book.

Also read: Evan Osnos, for another view on China.