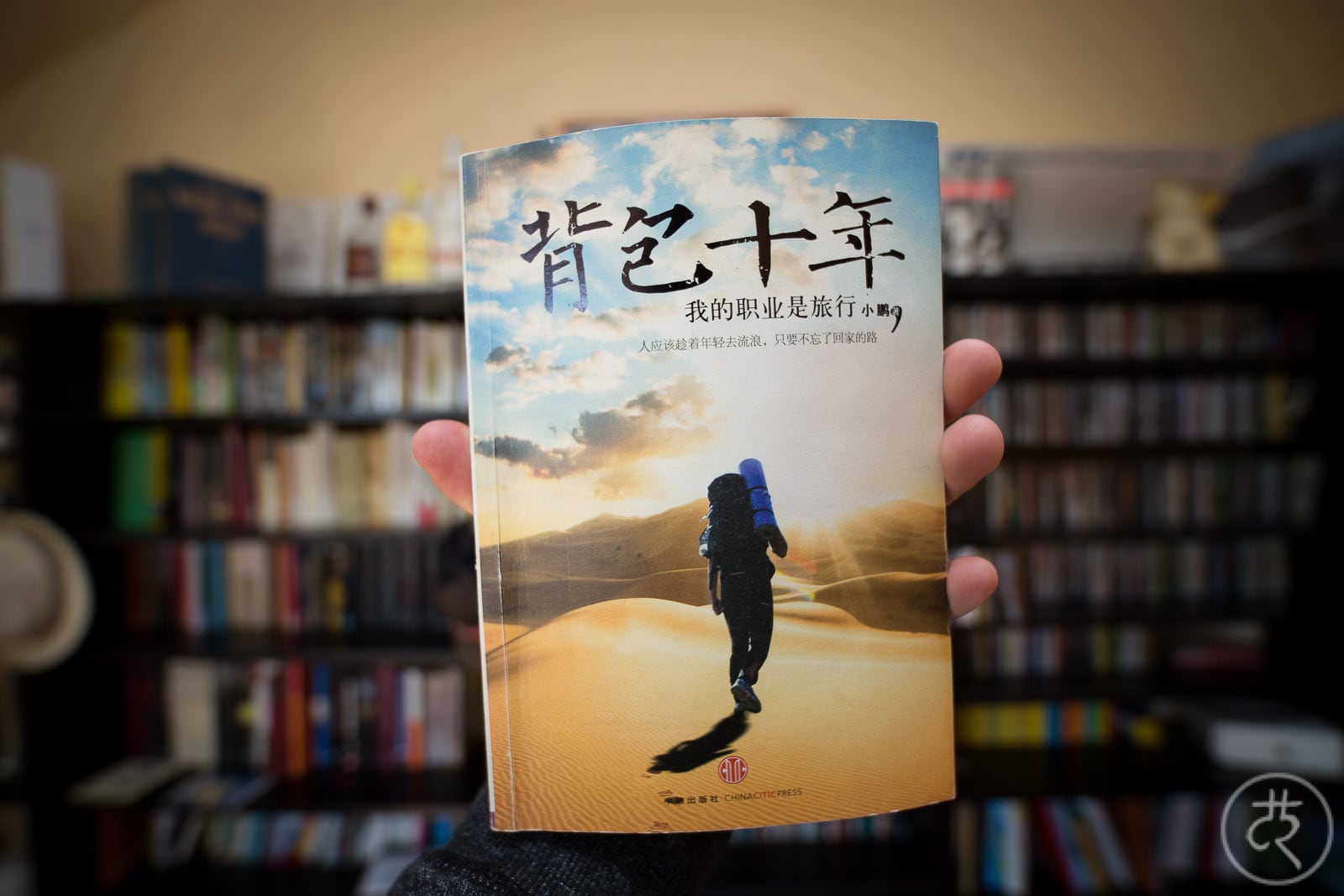 all that is wrong

The story: in the early 2000s, Xiaopeng is a young Chinese white-collar worker who decides to see the world. He travels around China, then ends up as an exchange student in the Netherlands. From there, he sets out to do the Grand Tour of Europe.

little stories with an extra topping

There is hardly a storyline here. The book is made up of more than 80 chapters, each of which is dealing with a destination, usually within in a few paragraphs; Xiaopeng visits a museum, Xiaopeng sleeps outside near the Leaning Tower of Pisa, Xiaopeng rides a boat down a river in the Himalayas.

There is a bit more than just that though. Each chapter is accompanied by a meta-text printed in italics. Within these meta-texts, Xiaopeng usually gives us some background information about how or why he went to a certain place, about his views on traveling or on life in general, or about things like financing a journey or dealing with sickness.

And he actually writes pretty well – at least he keeps it concise, and some of his metaphors are fun to read.

There are three things that are wrong with this book:

“I want to tell the youth who are following in my footsteps that freedom and dreams – even if they seem unreachable – only call for perseverance, and they will not be just castles in the air.” 我想告诉走在我身后的年轻人，自由与梦想，虽然看似遥不可及，但是只要坚持，就不是空中楼阁。

“…actually, the thing that I like most and at which I am best, is simply traveling, and documenting my travels in order to share them with friends. If this counts as a line of work, then I can be more dedicated and more excellent at it than anybody else.” (…原来我最喜欢最擅长的却只是旅行，然后再把旅行记录和朋友分享。如果这算一种职业，我能做得比任何人都要敬业和出色。)

So what went wrong here?

I think here’s probably what happened. Some publishers approached Xiaopeng and told him: Listen, we’re going to grab a bunch of your blog entries and articles and turn them into a book real quick. We’re going to need you to add a few lines to each one, just to patch them all together! Oh, and your persona should be a kind of “guru” for all the Chinese readers who have never traveled, you dig?

Xiaopeng said yes, and this book is the result.

It’s a shame to think that this guy is a seasoned traveler with a mind of his own and a (mostly) likeable writer’s voice. He should try to come up with something more substantial. I would definitely read that.

But no more of this stuff.

Xiaopeng’s feat of backpacking around China and Europe is negligible. His storytelling is generally weighed down by a lack of content, but his writing style is pretty good sometimes. There isn’t much in terms of observations and insights in this book.

If you want to read about a Chinese backpacker’s experience of China and Europe, you could give this one a try.

Also read: Ibn Battuta, for a journey around the world several centuries earlier.