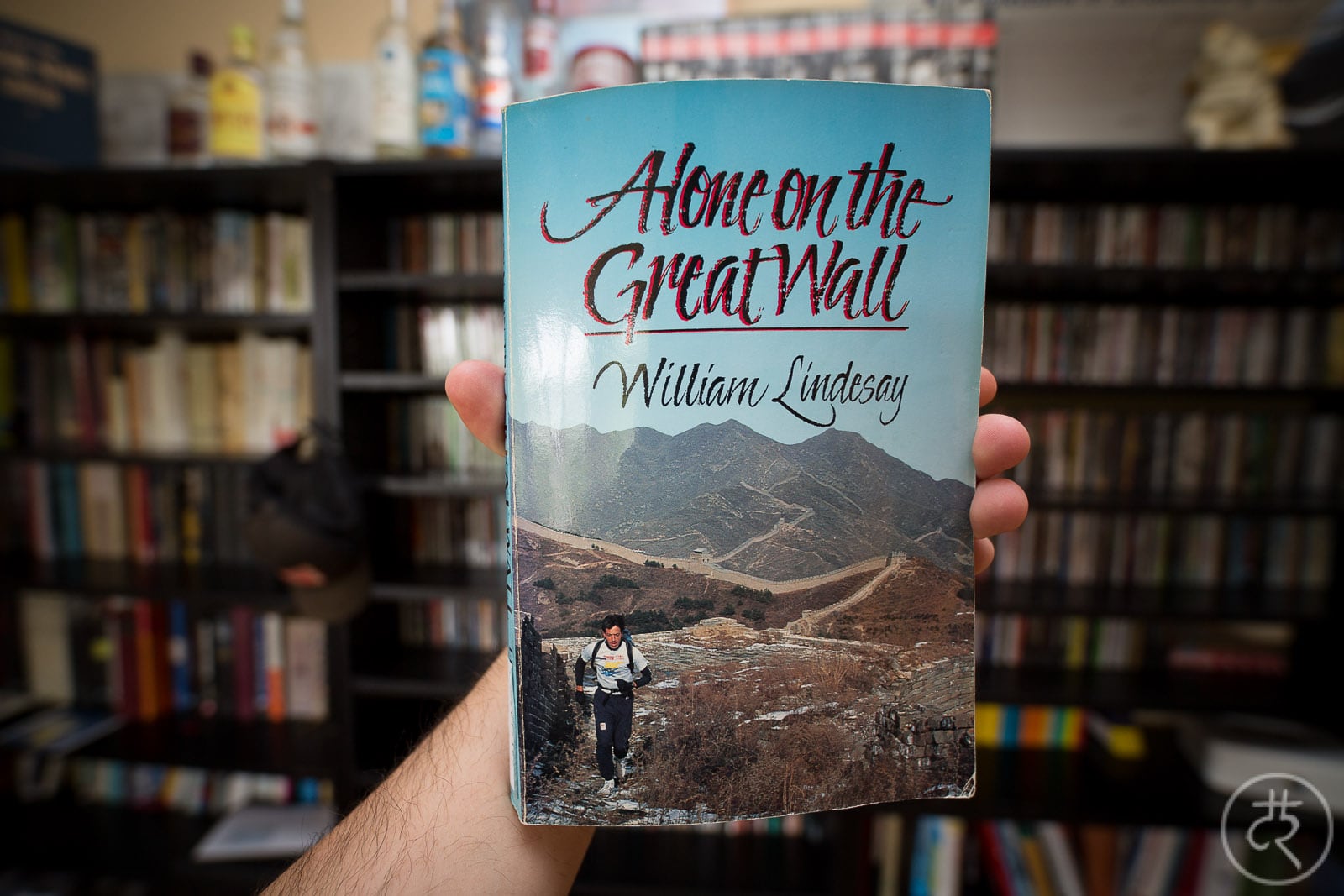 The story: in the mid-1980s, British oilfield worker William Lindesay has a thing for jogging and for maps. He sets his eye on The Great Wall of China and comes up with a plan to span the entire thing on foot. He would be the first foreigner to ever do so.

He secures a sponsorship and sets out from Shanhaiguan (one of the Eastern ends) but fails after a few days. He then takes a train to Jiayuguan (in the west), and slowly makes his way back east. He struggles with his feet, with the heat and with the cold, with food and the lack thereof, and most of all with the authorities. But he eventually makes it back all the way to Shanhaiguan. And he finds love on the way.

I really liked the book. It starts out a bit slow, with Lindesay laying out his background in England and his motivations, but after that it keeps getting better and better.

He introduces some historical background about The Wall, which is nice. There are hints at a romantic story developing as the journey progresses, which I found enjoyable.

But most importantly, there seems to be a transformation within Lindesay himself: gradually, as he is advancing along the Wall, he gets to know the country that surrounds him, and a sense of affection starts to grow. Lindesay, the sportsman, turns into Lindesay, the China enthusiast.

love story between William Lindesay and The Wall

I was reminded of the popular Chinese concept of fate 缘分 – things coming together because they were destined to do so. It’s a thing that people like to bring up to humor each other, but it can also be taken quite seriously. In the case of this story, what started out as a mere feat of sportsmanship was supposed to grow into something more meaningful.

Today, many people have tackled different lengths of The Great Wall, and all kinds of records have been broken. But this one is different. It seems that Lindesay didn’t just run The Wall. He lost his heart to it.

Lindesay’s feat of running the length of the Great Wall in the 1980s is awesome. His storytelling is great, his writing style is okay, and the observations and insights he shares are great.

If you’re into the Great Wall, or you’re looking for a travel book that’s about more than just a physical feat, check this one out.

Also read: Peter Hessler, for another account by someone who gets involved with China.