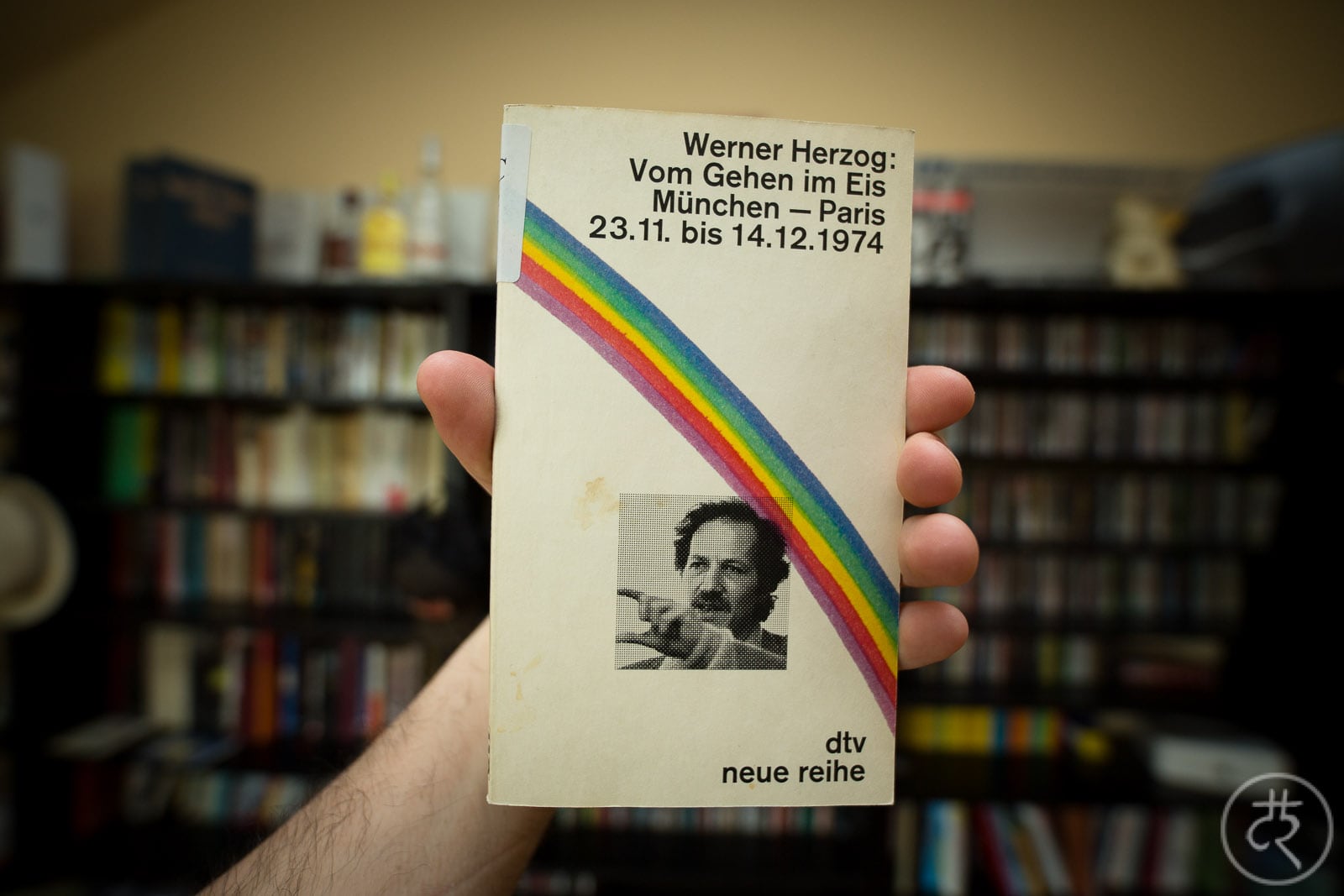 mournful burglar (stick to thy last)

First things first: Werner Herzog is a man of many talents. He’s probably best known as a director of New German Cinema, but he’s also a very good photographer – if you happen to get your hands on a book with his photographic works, make sure to check it out.

What I like most about him is his work as a documentary filmmaker, though. Awesome stuff.

rambling all the way to France

So far so good? Sadly, no. This book was horrible.

The story: in the fall of 1974, Werner Herzog hears about the French-German film critic Lotte Eisner being seriously ill in her home in Paris. He decides to walk there from Munich. This is apparently because he imagines his heroic act will be able to save her. So he walks. And he rambles.

he doth protest too much

The book is about these ramblings, and it is so slow and painful to read that every page feels like another blister. Why is the overall atmosphere so grim? Sure, rain and snow have the potential to suck when you’re walking against the wind, but who wants to read 100 pages of depressive complaining?

Here’s a gem from a random page I just opened:

“All this is pointless beyond description. Just let them find me sleeping here in this bed, those retarded bricklayers. How the wind is routing the forest outside.”

Jeez… and this is after Herzog forced his way into an empty house by smashing a window.

That’s another thing: What’s with all the breaking into buildings? It seems like Herzog is burgling every other home between Bayern and Île de France, leaving a swath of destruction in his wake. At one point he apparently even pees into someone else’s boots…

Now please don’t get me wrong: I understand that a reader doesn’t necessarily have to feel sympathy for an author in order to enjoy their writing. And I also acknowledge the fact that travel literature doesn’t have to be 100% truthful. But I just can’t help but dislike this book. And I find myself thinking: maybe Herzog should have stuck to making movies and taking photographs?

Anyway, I’ll give Herzog kudos for completing the feat of walking from Munich to Paris in the winter. The story he tries to tell is uninteresting, though. He dwells too much on his own melancholy and a deep meaningfulness that he seems to see everywhere. His writing style seems forced. And overall there’s just not that much to take away from this book.

If you’re really into Werner Herzog’s work, this might be a book for you. Otherwise, don’t bother.