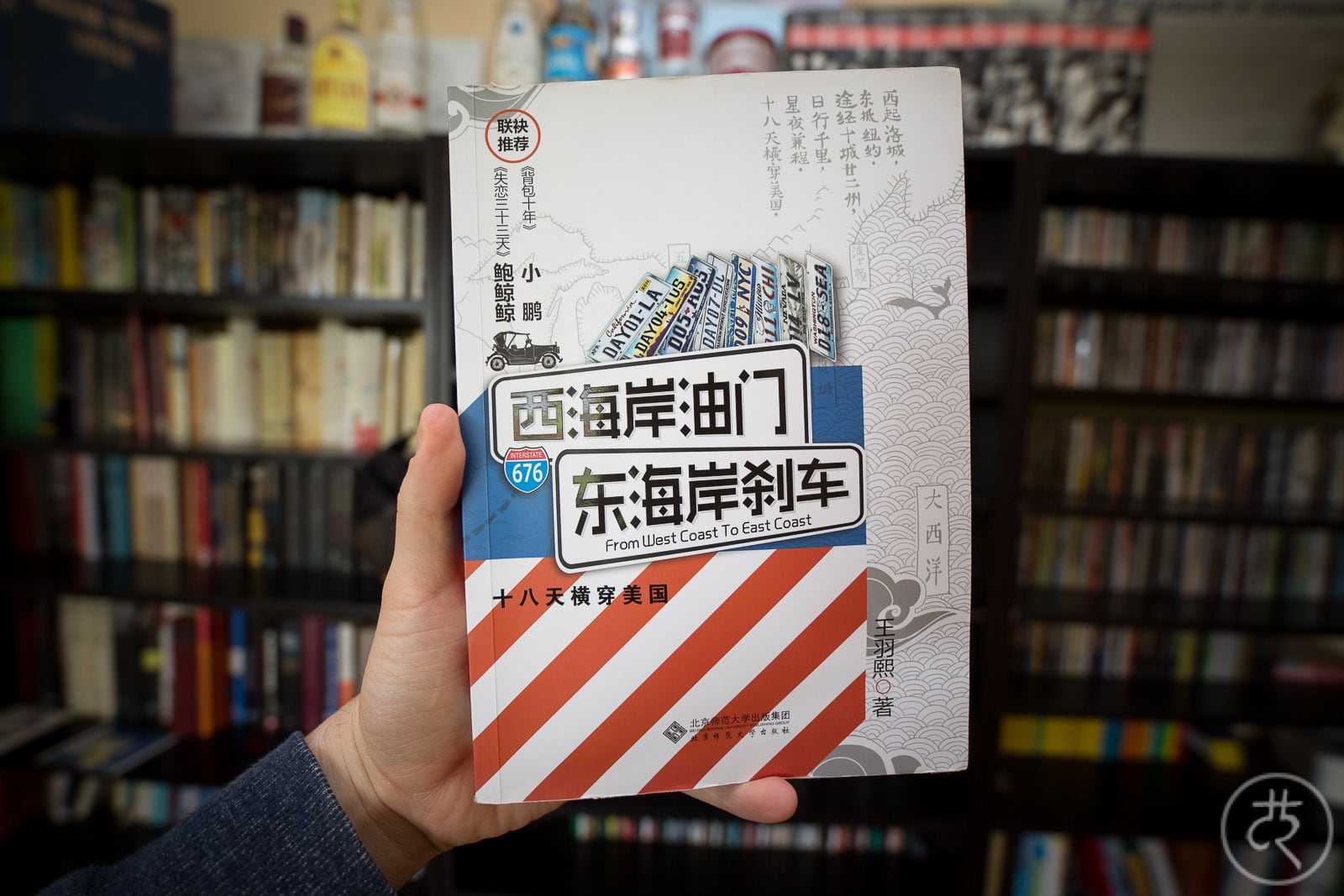 The story: in 2011, Wang Yuxi, a young visual artist from Beijing, decides to cross the United States by car. He overcomes a few initial visa difficulties and gets two buddies to come along.

It’s a classic road trip. The trio drives from Los Angeles to New York and back, effectively crossing the US two times. They sleep in motels or at Chinese friends’ places. They visit museums, and they go to the zoo. Sometimes they go shopping. The journey takes them eighteen days.

The book consists of both text and hand-drawn illustrations. And how I loved the drawings! They seemed smart and unconventional, and while I was reading, I often found myself waiting for the next illustration to look at.

Sadly, this was also because the text was a bit boring.

Wang’s writing is actually okay. He makes some nice observations here and there, and I enjoyed some of the metaphors he applied – most of them were rather visual. But the story just wasn’t that exciting to begin with.

if you’re a tourist, write about it

Judging from the travel books I have read so far, you don’t really have to do anything out of the ordinary in order to write a decent book. You just have to be able to tell a story. About the world around you. About the things that you are doing. About yourself.

If you are a tourist, write about what it feels like to be a tourist. Write about other tourists. Write about the drama of tourism! Don’t just tell me what you had for lunch and that you went to the zoo.

In the case of this particular book, Wang tells us about every single meal he has had along the way. This reminded me of Yu Ying‘s culinary musings, and I found myself wondering if this particular obsession with food might be a problem of Chinese travel writing in general.

Wang also tells us about his trips to the zoo (many trips to many zoos, actually), and he muses about the different tourist attractions he visits along the way. There is some interaction with the world around him, but it’s not much, not even with his friends who are in the car with him.

And this is precisely the problem.

What would have helped this book? I think Wang should have told us more about the interactions between himself and his mates. Were there any arguments among them? 18 days can be a short time or a long time, depending on your own perception.

Of course for a travelogue, 18 days might not seem like much to work with, but I think Wang could have tried to convey a feeling of hurriedness, something along the lines of Cannonball Run.

Also, the fact that Wang and his friends were often staying with Chinese friends along the road could have been interesting as well, had he only taken more time to introduce us, the readers, to his hosts. What was their connection to Wang and to his story? How do they feel about their lives in the USA?

Wang’s feat of driving around the US is nothing. His storytelling isn’t that good, but his writing style is okay. Some of his observations and insights are okay.

If you’re interested in the perspective of a young Chinese tourist in the US (or you wanna look at his illustrations), then give this one a try.

Also read: Jack Kerouac, for a classic road trip through the USA.