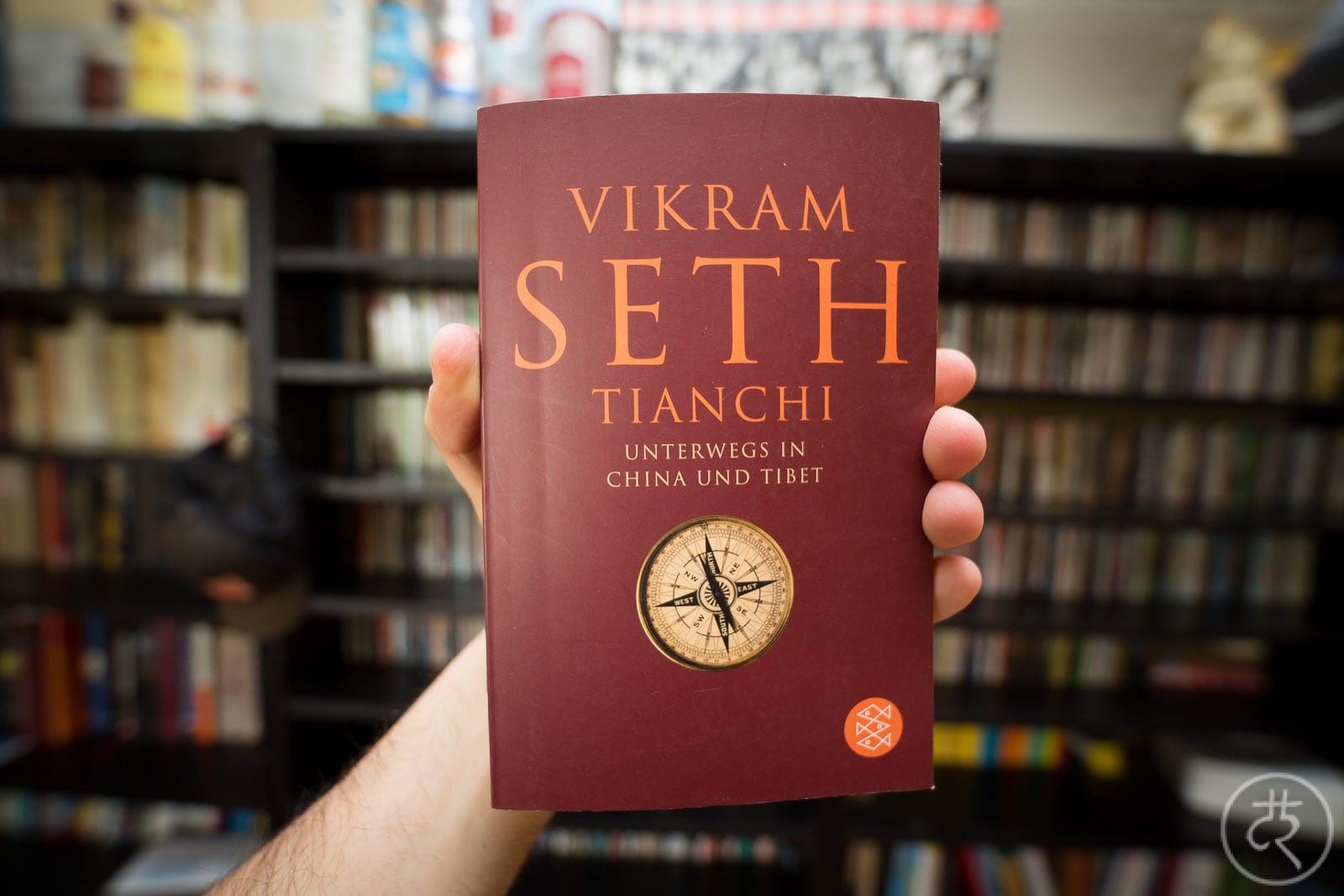 an Indian novelist in China

The story: in the early 1980s, Vikram Seth, a student from India in his late twenties, is enrolled at a university in Nanjing. His school takes him on a trip to the northwestern parts of the country, and once he gets there, he miraculously manages to obtain a document that grants him permission to enter Tibet.

He thus decides to hitchhike there and return to India on the overland route via Nepal. This is not easy of course, because the bureaucracy and the road conditions along the way are atrocious.

The book is truly awesome. Seth tells a rather personal account of his journey, and he has got great skills when it comes to storytelling. While I am rushing through the pages, I am thinking: no wonder this guy turned out to be such a successful novelist!

His observations and insights are interesting as well. On the topic of the different political systems in India and China he writes:

“The fact that we have elections every five years means that the government is afraid to undertake projects that are unpopular but beneficious in the long term. The Chinese government is not thus fettered.”

One great thing is that apart from Seth’s exquisite writing (which even the translation couldn’t harm), his journey is quite interesting in and of itself: it’s a trip through the western regions of China, in the initial years of the Reform and Opening period after the death of Mao. This means that foreign exchange certificates are still in place, many areas are closed and forbidden to visitors, and the bureaucracy is generally insane.

Seth’s feat of hitchhiking through China’s western regions in the early 1980s is respectable. His storytelling and his writing style are both awesome, and the info he provides is well-researched and interesting.

Also read: Ma Jian, for an account of a journey through the same regions, but a few years later.