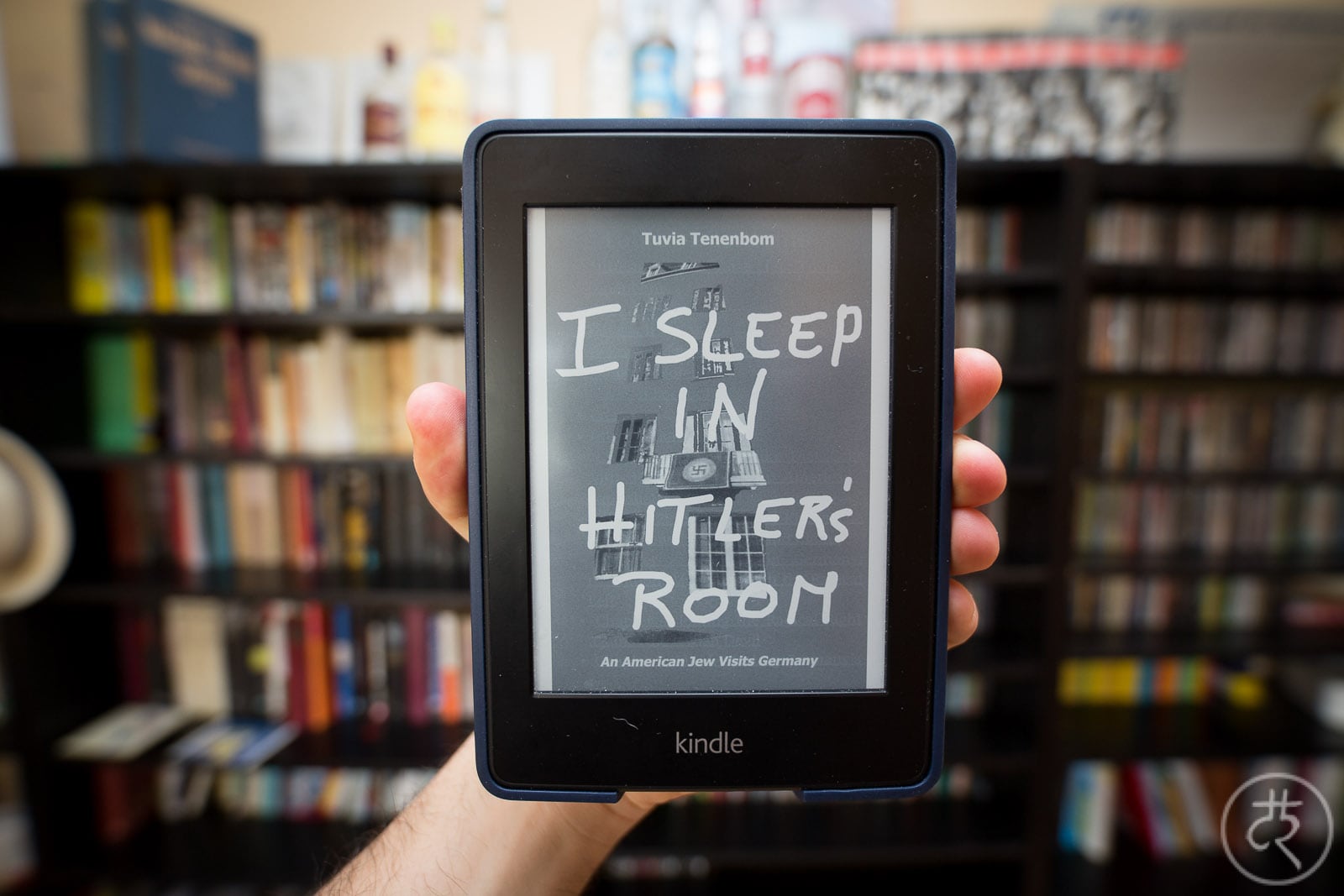 Borat and the Germans

The story: in 2010, Jewish American author and theater guy Tuvia Tenenbom gets invited by a German publishing house (Rowohlt) to travel around Germany and write about his experiences. They know he is a cynic, and they invite him anyway.

And so Tenenbom roams about the place, talks to people on the street and to people in important positions (for example former chancellor Helmut Schmidt), and he writes about it in his own cynical way. Then, after Tenenbom hands in the manuscript, the publishers suddenly decide that they don’t want to do it anymore. Luckily, he finds another publisher.

First things first: this book is not a regular travelogue. It’s a number of essays and interviews. And it’s pretty mean.

In fact, it reminded me of the movie Borat: Tenenbom wanders around and talks to people, sometimes assuming different identities in order to fool them into a false sense of security before dissecting their bigotries.

There are a couple of things that I liked about this book. First and foremost, Tenenbom doesn’t mince words. He makes a point of speaking his mind, and his statements are bold. For example, in the foreword he says:

I also enjoyed some of Tenenbom’s insights into the specifics of modern-day German anti-semitism. Like the following thought:

“Subconsciously the Germans think that if they occupy themselves with the Palestinians of Gaza they will erase from memory the Brown Bears of Buchenwald – and will look beautiful in the eyes of the world.”

Then there are his musings about the German character, some of which are pretty interesting to read:

“The Germans’ biggest problem is that they are very romantic, totally romantic. And romanticism is very dangerous. It can be turned into its opposite.”

Probably got that about right.

But there is another side to the book. After a while I found myself wondering if Tenenbom really was that smart.

Yes, he speaks German, Hebrew, and Arabic, and yes, he effortlessly converses with all kinds of intellectuals, but sometimes cracks are showing.

For example, there is at least one instance where he gets the German language totally wrong:

“…dedicates himself to spreading the message of Keine Gewalt (literally, “small power,” or nonviolence and peaceful revolution)…”

The word “keine Gewalt” as above actually means “no violence”. Obviously, this error might just be due to neglect (or even just editing), but it is still a bit irritating.

But that’s not entirely it. What actually really weirded me out was Tenebom’s taste.

First, there is an abhorrent interview with Kai Diekmann, chief editor of the Bild newspaper. Tenenbom, seemingly forgetting his own cynical mindset, lowers his defences, and he ends up giving Diekmann page after page to glorify his own tabloid paper. It felt like Tenenbom was outsmarted.

And then there is the almost equally weird part where Tenenbom talks about Schloss Neuschwanstein, the embodiment of 19th century tacky romanticism:

“All in all, this palace is a beauty no words can accurately describe. This is what the people of Germany have inherited from their rulers. It now belongs to the people. The Jews’ inheritance is the Wailing Wall. The Germans’, Schloss Neuschwanstein.”

Beautiful or not, Neuschwanstein has never had any importance. It was conceived as a private luxury item for a Bavarian king, and now it’s a just another place that makes off of tourism.

Tenenbom’s feat of traveling through Germany is nothing. His storytelling is pretty good, and so is his writing style. I enjoyed some of the insights and observations he shared.

If you want to read a humorous yet revealing book about the face of modern-day antisemitism in Germany, try this one.

Also read: Cem Gülay, for another account of German society dealing with itself.