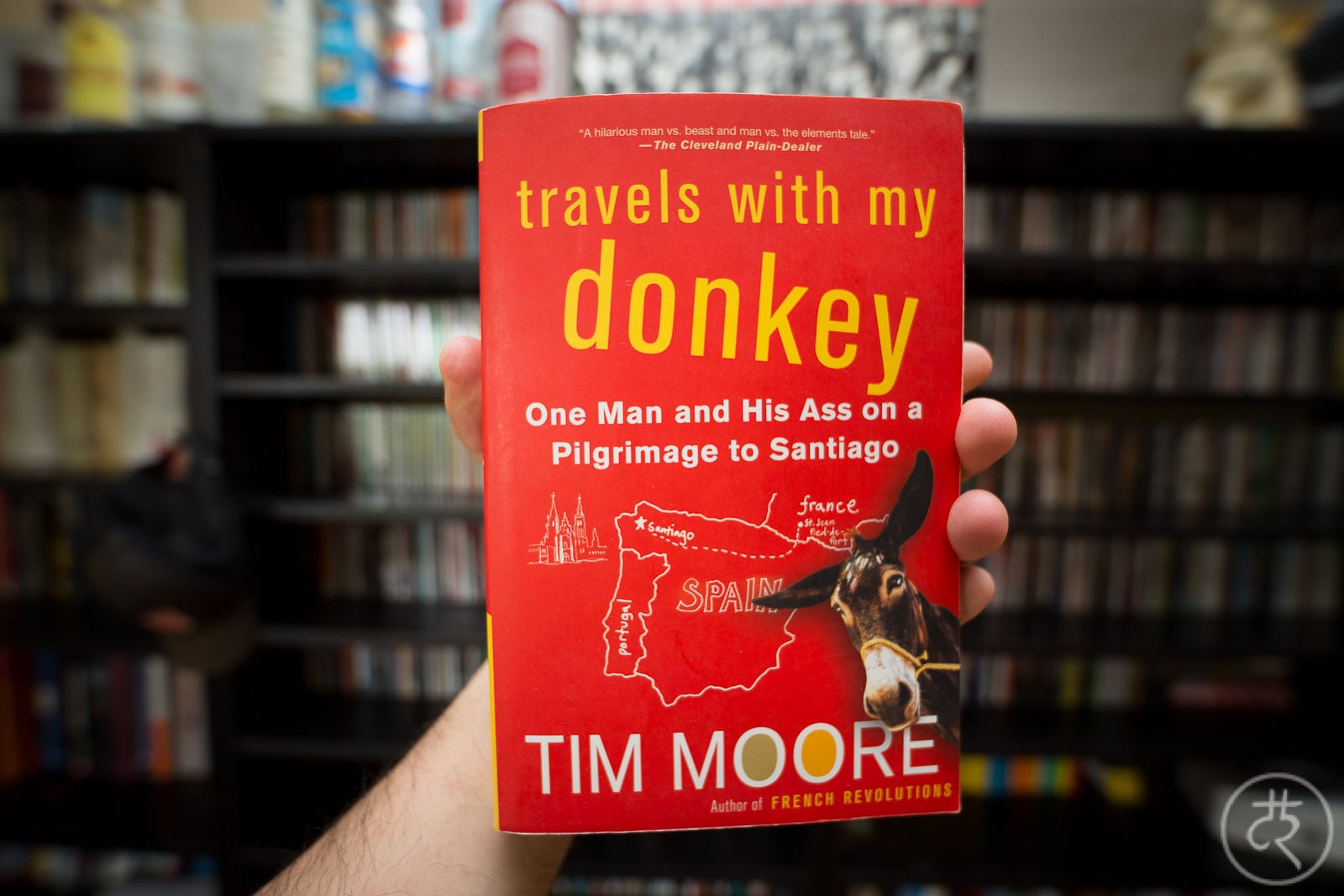 The story: in the early 2000s, British travel writer Tim Moore decides to purchase a donkey and take him on a trip along the Camino de Santiago, from Southern France all the way to Santiago de Compostela. Before this, he has no experience whatsoever with the handling of donkeys.

Tim Moore – humorous all the way

This book is both funny and truthful. Much like fellow British writers Peter Fleming or Nigel Barley, Moore rarely ever misses the chance to crack a joke, and he often finds the right words. In fact, I liked the following observation so much that I wrote it out:

“Hell is other people, said Jean-Paul Sartre, clearly a man with little experience of solo camping.”

Another noteworthy thing is that Moore actually takes some time to introduce the historical background of the Camino. I appreciated that a lot. And I found his relationship with the donkey quite touching, especially in the end. So far so good.

But here’s what’s wrong with this book: it’s too long. Maybe the editor was asleep, or he was too much in love with Moore’s jokes, but I think they should have made the book leaner and more focused. It’s not about the total page count (328), but more about getting rid of some unnecessary baggage.

Sometimes I noticed that I even felt tempted to skip a few pages.

Moore’s feat of walking the Camino with a donkey is respectable – you might think the donkey makes it easier, but I guess we could also argue that he makes it more difficult. The storytelling is good, but it need some trimming to be able to shine. Moore’s writing style is gold, though, and so are his insights and observations.

If you’re into humorous travel writing or the Camino in general, this one is for you.

Also read: Hape Kerkeling, for some travel writing from the Camino that isn’t as flawed.