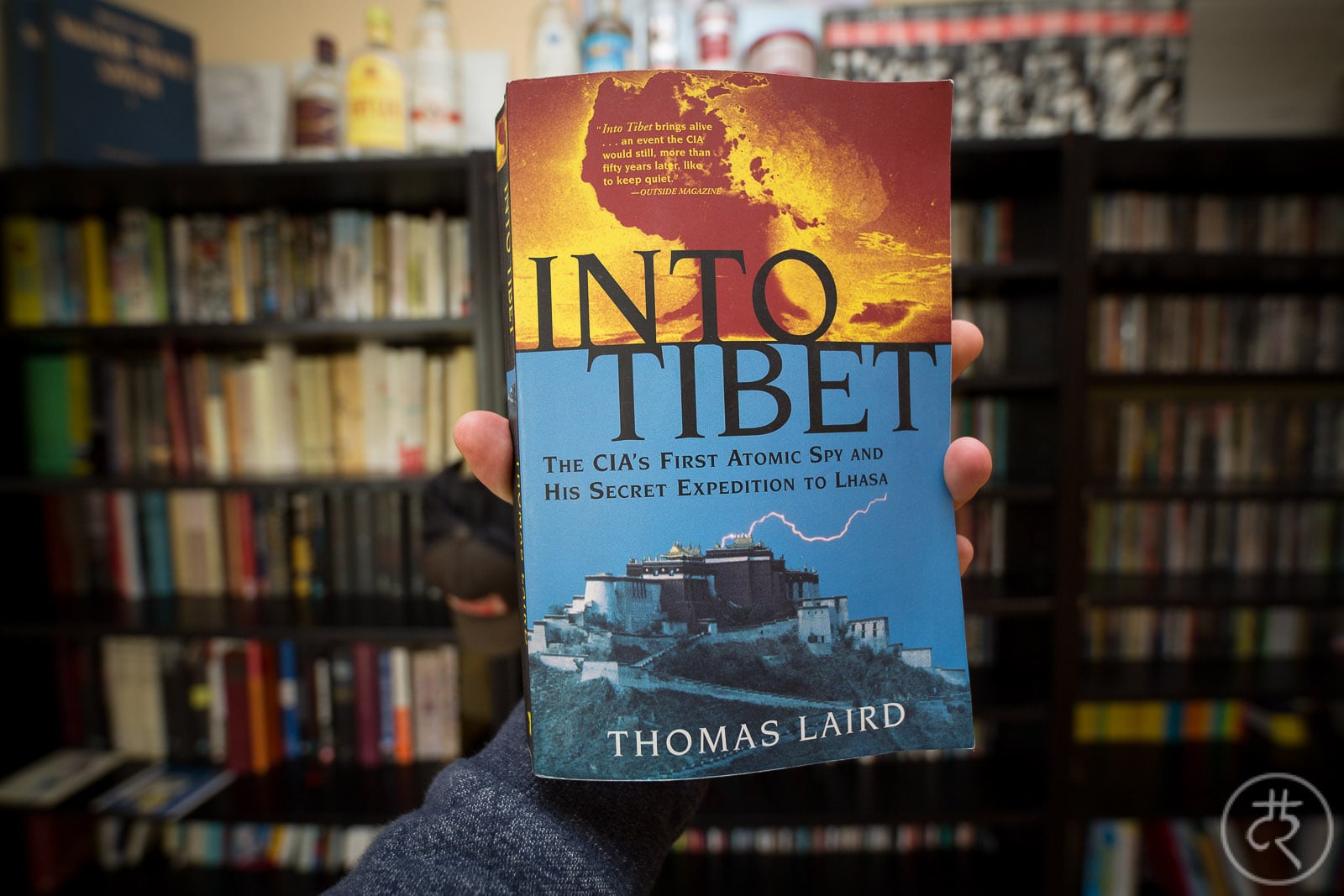 The story: TL is an American Himalaya enthusiast who investigates the fate of American diplomat Douglas Mackiernan (1913-1950) and anthropologist Frank Bessac (1922-2010) in Tibet. They got caught up in the chaotic events of the founding of the People’s Republic of China and tried to flee the country via Tibet to India, leading to Mackiernan’s demise. The book is thus not an account of TL’s own travels, but of Mackiernan’s and Bessac’s, much like Jon Krakauer tells the story of Christopher McCandless in “Into the Wild”.

to spy or not to spy?

The book evolves around the idea that Mackiernan was in fact on a covert mission for the CIA in China, on the border to the USSR, in order to retrieve intelligence about Soviet nuclear activities. Mackiernan was shot while in Tibet and can thus be regarded as the first CIA agent to be killed in the line of duty. As to Bessac’s involvement in covert missions, TL has to speculate a bit.

To gather clues and evidence, TL has worked extensively with governmental archives and with the surviving people involved, among which is also the Dalai Lama. Still, there are a lot of gaps to fill, and TL does it by reinventing dialogue and detail. This might make the book more lively, but it also makes it longer. I thought it didn’t help. And while the core of the story is interesting (the CIA’s entanglement in Asian affairs), the additional stuff was what made it a bit hard to read.

Get this only if you are very interested in either the A-bomb, in Tibet or in the early years of the CIA.