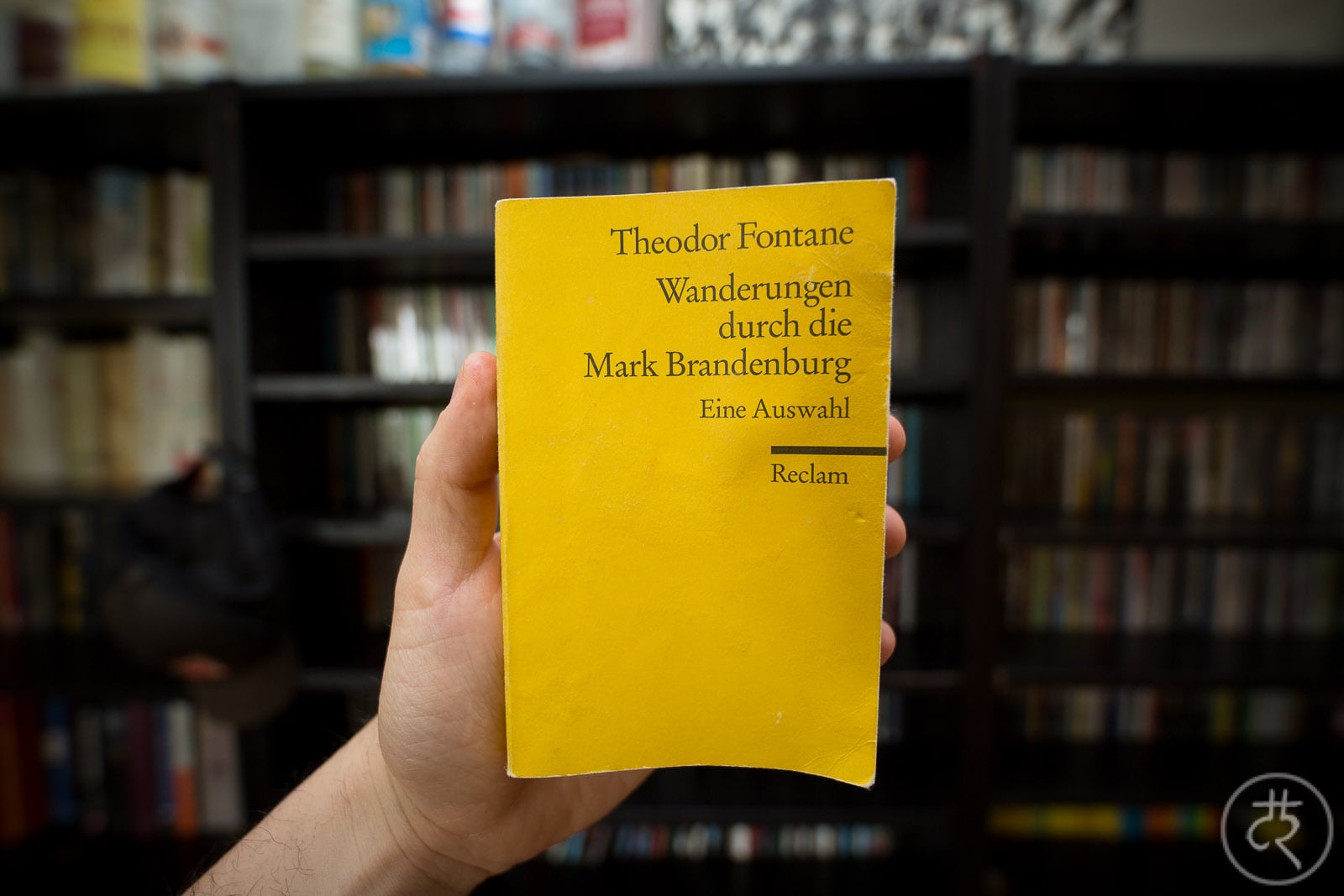 The story: in the second half of the 1800s, German poet Theodor Fontane likes to go for extended walks in the area around Berlin. He makes a point of staying clear of big cities, and when he visits a settlement or a village, he talks to the people there and investigates their history and traditions.

This book isn’t about one continuous journey. There is no overarching storyline. Fontane writes about a bunch of individual trips that he takes at different stages in his life. His favorite destinations seem to be the Ruppin, Oder, Havel, and Spree regions.

The problem: even though I’ve been reading an abridged edition, the book is still a bit slow. And by slow I mean slow, not necessarily boring.

I thoroughly enjoyed the parts where Fontane was communicating with people or introducing the historical background of a place. But his scenic descriptions seemed so lengthy that I would catch myself counting pages.

Maybe this particular kind of love for metonymy and detail was an essential part of Fontane’s writing style – poetic realism. But to me, it felt like he was creating an unnecessary sense of distance between the story and me (unlike Johann Gottfried Seume and Heinrich Heine, who were rather personal travel writers).

Fontane’s feat of taking long walks through his home region is okayish. His storytelling isn’t bad, his writing style is good (if a bit wordy at times), and the info he provides is pretty awesome.

If you’re into the region around Berlin or into 19th century life in Central Europe, why not give this one a try.

Also read: Wolfgang Büscher, for some walking through Eastern Europe more than a century later.