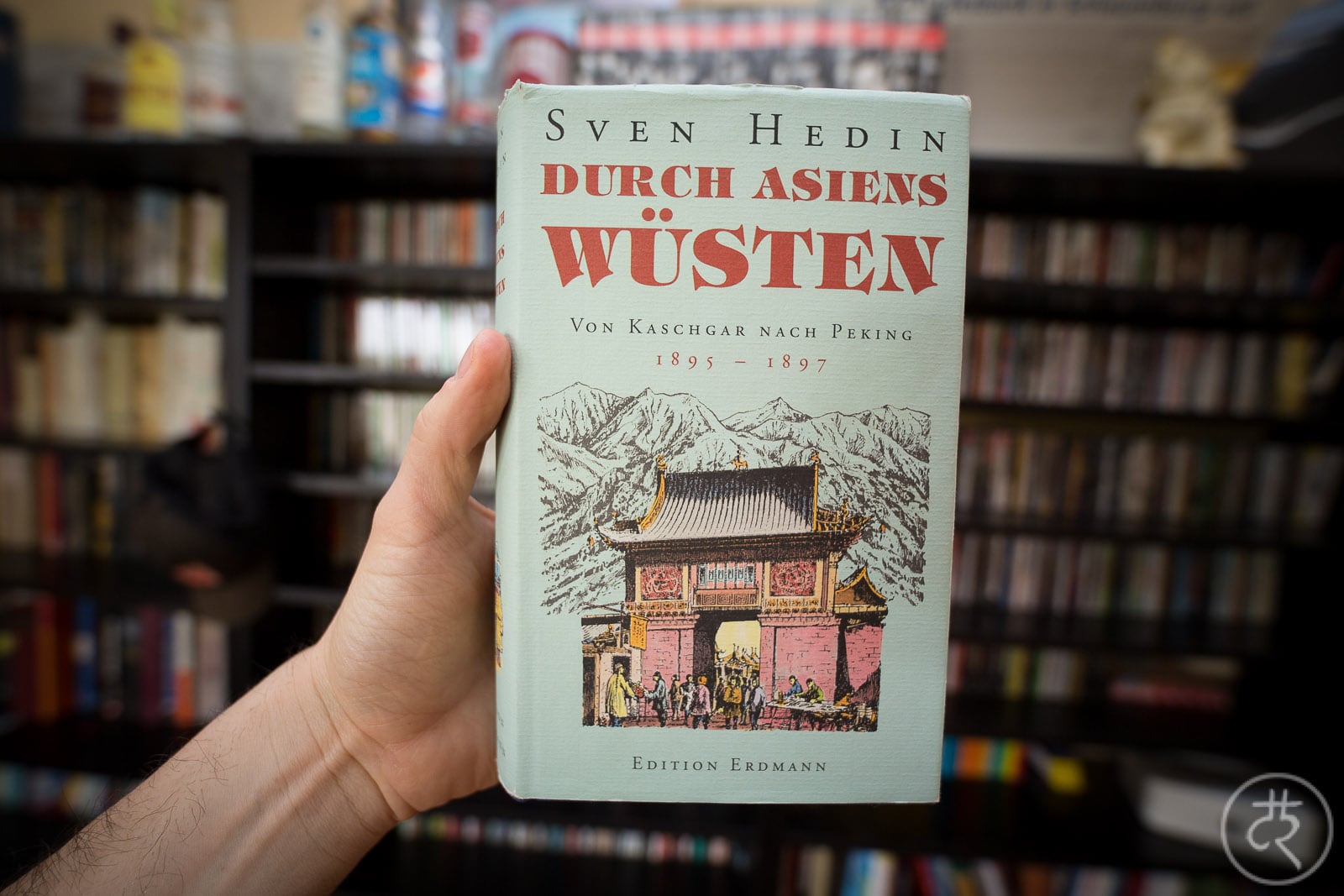 the guy with the boot

The story: in 1893, at the height of the Great Game between Tsarist Russia and the British Empire, Swedish explorer Sven Hedin decides to follow in the footsteps of Ferdinand von Richthofen (who coined the term “Silk Road”) and Nikolai Przhevalsky and explore the Chinese Northwest.

He travels via Russia to China and roams through regions that have remained unknown or scarcely explored up to this point. One of the highlights of his journey is his crossing of the Taklamakan Desert, where he makes important archeological findings. One time he even gets very close to Lhasa – a place of almost mythical dimensions for Europeans at the time.

Sven Hedin – one of the great explorers

The resulting books (2 volumes) are an entertaining read. There’s a strong focus on adventure, and it’s endearing how much Hedin enjoys telling tales like the legendary “story of the boot”, in which his caravan meets disaster in the desert and he ends up saving his servant’s life by carrying water to him in his footwear. Much fun.

Of course Hedin is still very much a typical European explorer of his time, so we can see him travel with at least two things:

But his writing is good anyway.

less of a dick

One thing that I liked about Hedin was that he, albeit being a bit Eurocentric sometimes, sounds much less like a racist dick than Przhevalsky does. In fact, he comes across like someone who is genuinely interested in his surroundings, at least most of the time. He shares his observations, and he likes to tell a good adventure story. That’s about it.

Hedin’s feat of exploring the Chinese Northwest is awesome in a way, but it’s not that impressive if we consider the size of his caravan. His storytelling is fun, and his writing style is pretty readable. There are some interesting observations and insights in the text.

If you are interested in Western China or the history of exploration in the 19th century, then this book is perfect for you. If you like a good adventure story, then it is good, too.

Also read: Régis Evariste Huc, for an account of a journey to Tibet half a century earlier.