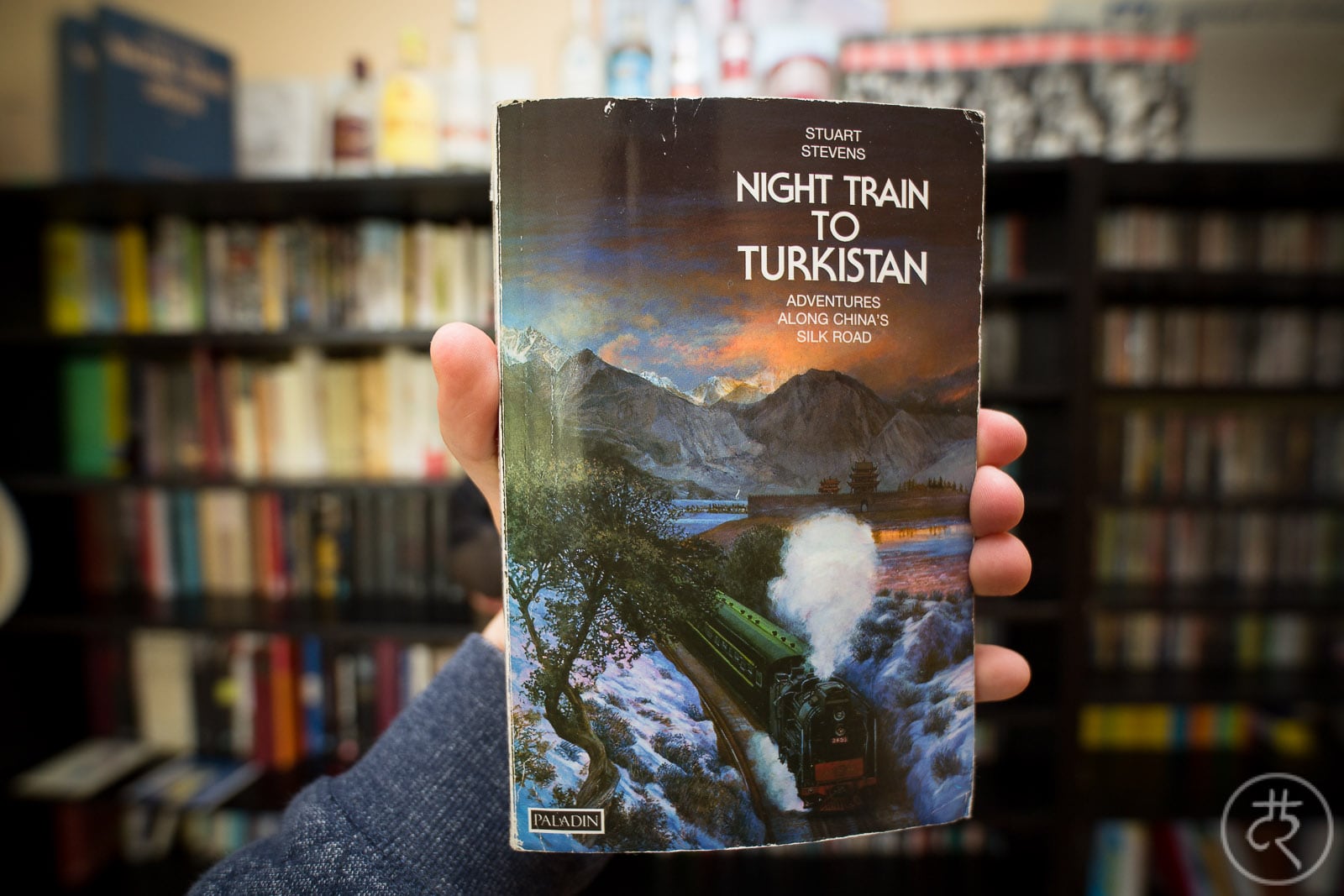 was it really that horrible?

The story: in the mid-1980s, aspiring American travel writer Stuart Stevens, who is a huge fan of Peter Fleming, sets out to retrace Fleming’s and Ella Maillart‘s route from Beijing to the Northwest of China. And he doesn’t go alone. With him are two friends and a dude whom we have met before, long term China expat and novelist Mark Salzman.

The quartet takes buses and trains, stays in hotels and hitches rides, and they eventually make it to Kashgar. It is not an easy trip though, mostly because of the pitfalls of post-Maoist bureaucracy and because of the difficulties they meet in underdeveloped areas.

no clue + no sympathy

“From the beginning, it was a silly idea. This, of course, I liked…”

He manages to keep it an overall light and easy read, something to flip through in one weekend. Still, I didn’t like it very much. Yes, it is funny and clever to do random things and write about them in a humorous way. But that’s only going to carry so far.

It’s not only the surprising amount of misspellings in the transcriptions that give away the fact that Stevens doesn’t have the slightest clue about China. His musings about politics or society are mostly superficial, and where they are not superficial, they are often just plain ignorant.

“China was like an army – ugly and inefficient, joyless and numbingly monotonous, with little use for art or literature. Like army posts, the towns all looked alike, disposable citadels of crude function, graceless and hateful. It was a country of uniforms, of Cleaning Brigades and Towel Captains.”

Remember, he is traveling through China in the mid-80s, not the mid-60s. Chinese students will make a 10-meter (!) Goddess of Liberty statue out of papier-mâché on Beijing Tiananmen Square only a few years later.

I think what happened here is that Stevens, influenced by Fleming’s and Maillart’s adventures, wanted the whole journey to be an ordeal. He wanted the country to be hostile, the transportation to be uncomfortable, and the food to be scarce and – if possible – inedible.

Sure, Northwestern China has always been a few steps behind, especially when compared to cities like Guangzhou, Beijing or Shanghai. And when you’re on an overland journey, you might have to sleep in hotels where the toilets are clogged up and the electricity goes off at night sometimes. If you choose to go in winter, even the food might be boring! But: so what?

There was one thing I found delightful about this book though, a conversation between Stevens and Mark Salzman.

“But I got the impression from Iron and Silk that you didn’t really like China.”

That about explains all that was odd about both of their books.

Stevens’ feat of traveling through China with his buddies isn’t much. His storytelling is okay at best, while his writing style is a bit better than okay. His observations and insights aren’t very impressive.

If you’re interested in a light read about China (particularly the northwestern parts) in the 1980s, you could give this one a try.

Also read: Richard Halliburton, for a travel book that is light and humorous.