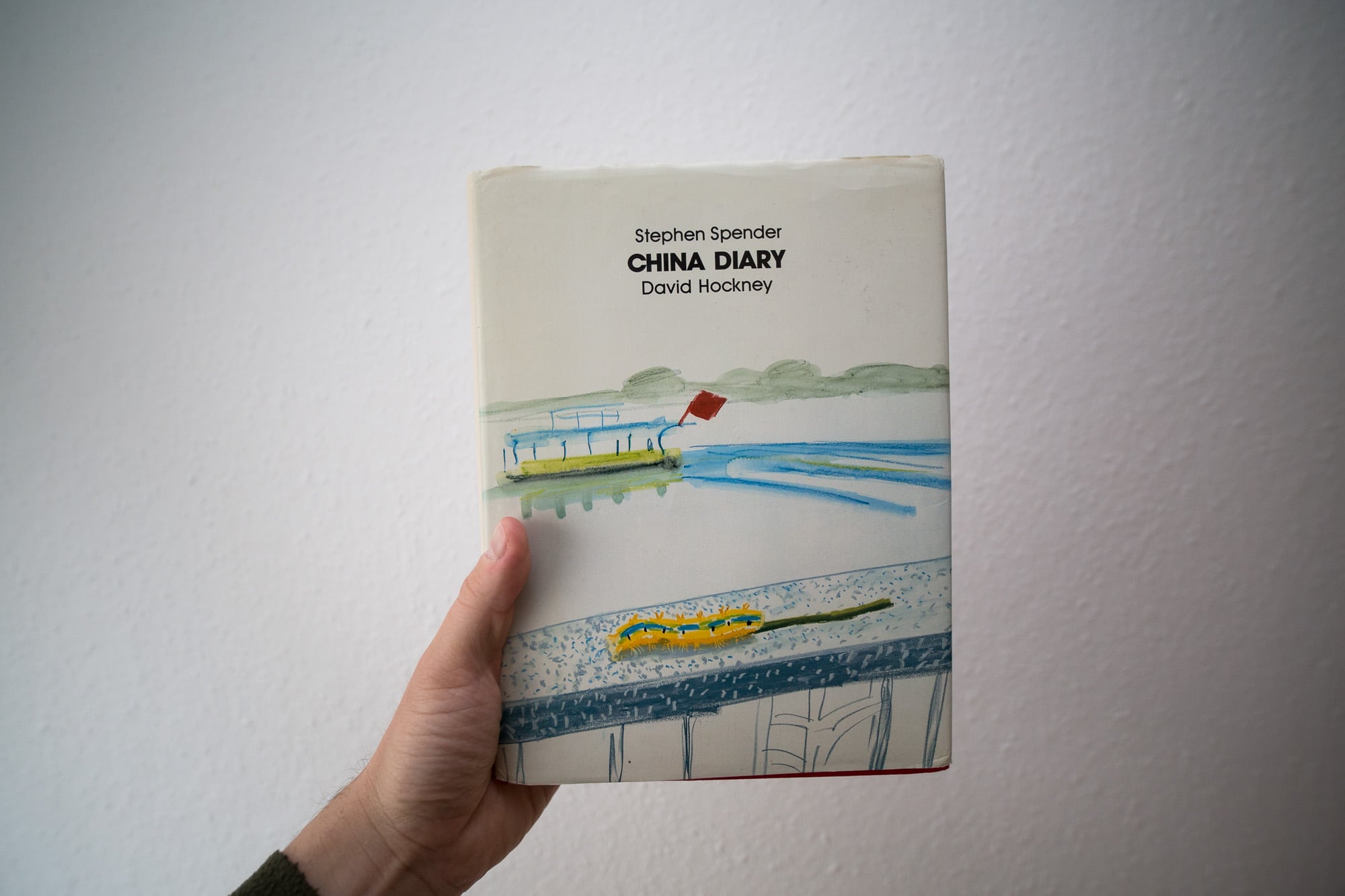 three guys and their guide

The story: at the beginning of the 1980s, ageing English writer Stephen Spender decides to visit China. He takes two friends along, one of whom is a painter (co-author David Hockney).

They start their tour from Hongkong, and they get to see Beijing, Xi’an, Nanjing, Hangzhou, Wuxi, Shanghai, Guilin and Guangzhou, then they return via Hongkong. All the while, they have a personal Chinese tour guide and some local guides with them.

They visit tourist landmarks, farms, artists, poetry readings and factories, with Spender taking notes and Hockney taking photographs and drawing pictures. The resulting book is rather large and feels a bit like a coffee-table book, with colored illustrations and photos througout. But is it any good?

Stephen Spender and his fresh view on China

The short answer: it’s alright. It’s an outsider’s perspective on China in the 1980s.

However, Spender and Hockney are doing their best to completely cover everything they see and experience, and they seem to be aware of the fact that they understand only little.

Also, I personally found the interaction between them and their guides very revealing, mainly because their main guide seems to be having a bit of a personal struggle with the party line. Things get especially interesting when Spender and his friends are being exposed to oddities like a model farm in the hinterland or Tan Wenxi (谭文西), a child prodigy from Guangxi.

I think the writing was okay. Spender and Hockney are at their best when they are talking to people who are involved in art or poetry, probably because that’s their own profession.

The idea of interspersing the text with drawings, paintings, and photographs seems nice, but I think the physical size of the book turned out to be a bit too big for this amount of text.

Spender’s feat of traveling around China on a guided tour in the 1980s is nothing. His storytelling is okay, his writing style can be entertaining at times, and the observations and insights he shares are okay as well.

Pick this up if you are interested in China during the early stage of the transitional period, when foreign tourists were allowed in the country but had to be under some sort of supervision by a “tourist guide” all the time. If the 1980s Chinese art scene is your thing, then this book might be an interesting starting point for you.

Also read: Ma Jian, for an insider’s perspective on China during the same time period.