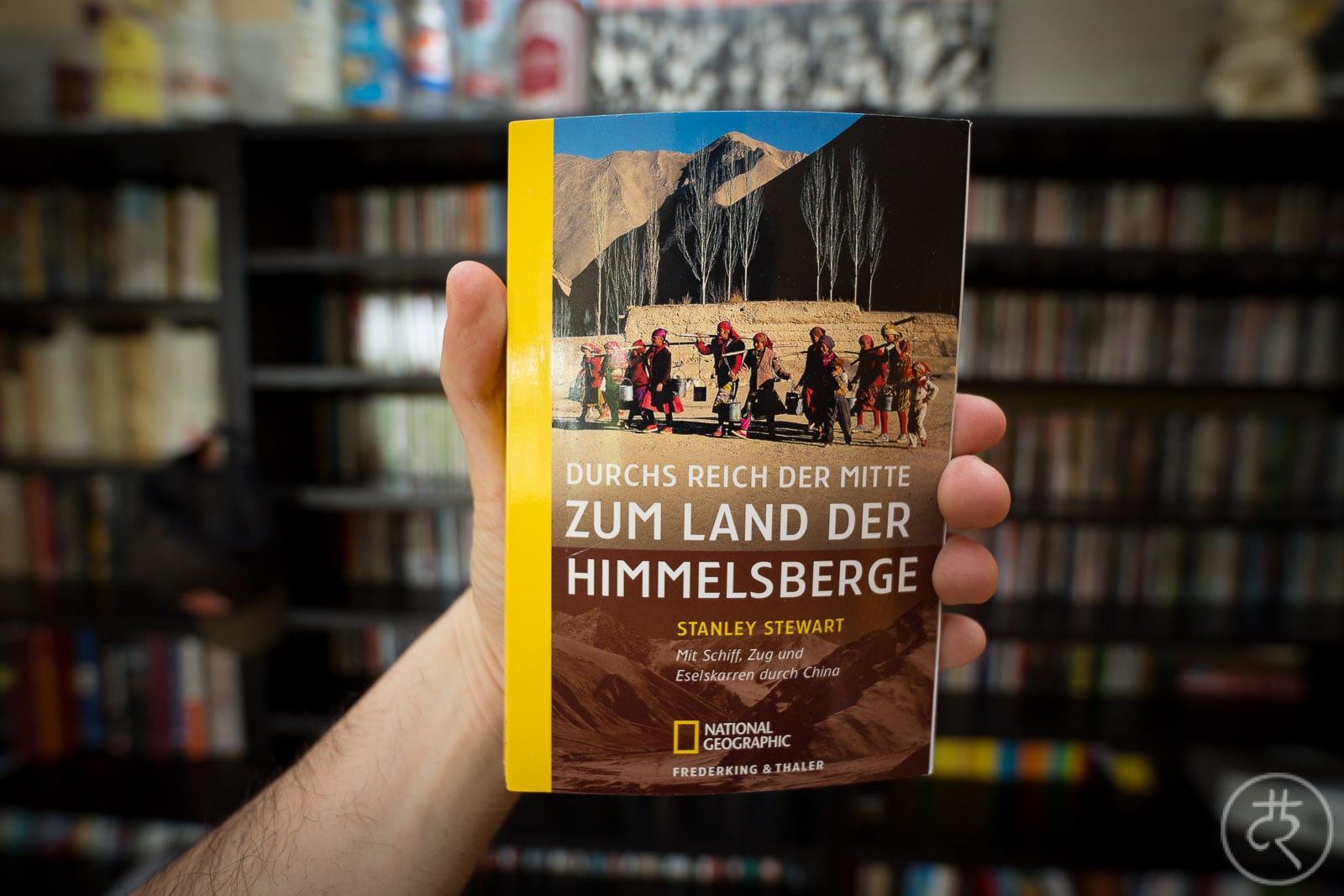 looking for the weird?

The story: in 1994, British travel writer Stanley Stewart starts off in Shanghai and travels overland through China, making it all the way to Xinjiang and into Pakistan. He writes about his observations along the ancient Silk Roads, talks to people, checks out historical relics – and he even has a short-lived love affair.

I like reading about the juicy stuff: romantic entanglements, love affairs, sex. Sometimes I wonder: why don’t more travel writers write about this side of their adventures? Is it not important to them?

Anyway, I found Stewart’s style pretty enjoyable. Coming from a long tradition of Anglo-Saxon travel writers, he can be very funny. But it does him good not to rely on his humor as much as Peter Fleming and Nigel Barley do. In other words: he sounds a bit more serious, which is a good thing.

You can argue with me on this one, but I find some of Stewart’s stories a bit… odd. I don’t know about his level of Chinese, or his knowledge of Chinese culture, but many of the things he observes seem a bit too outlandish for my taste – as if he is deliberately searching for oddities instead of embracing whatever ordinary or extraordinary thing comes his way.

Things like these were a bit weird for me to read. Sometimes I think maybe China is not quite as strange and peculiar as some people would like it to be?

Stewart’s feat of traveling overland through China is negligible. His storytelling is basically solid, but then there are these odd things I mentioned. His writing style is good, though. His observations and insights into China are okay.

If you want to read some amusing travel anecdotes from China, this might be an okay book for you.

Also read: Rob Gifford, for a better account of traveling through China.