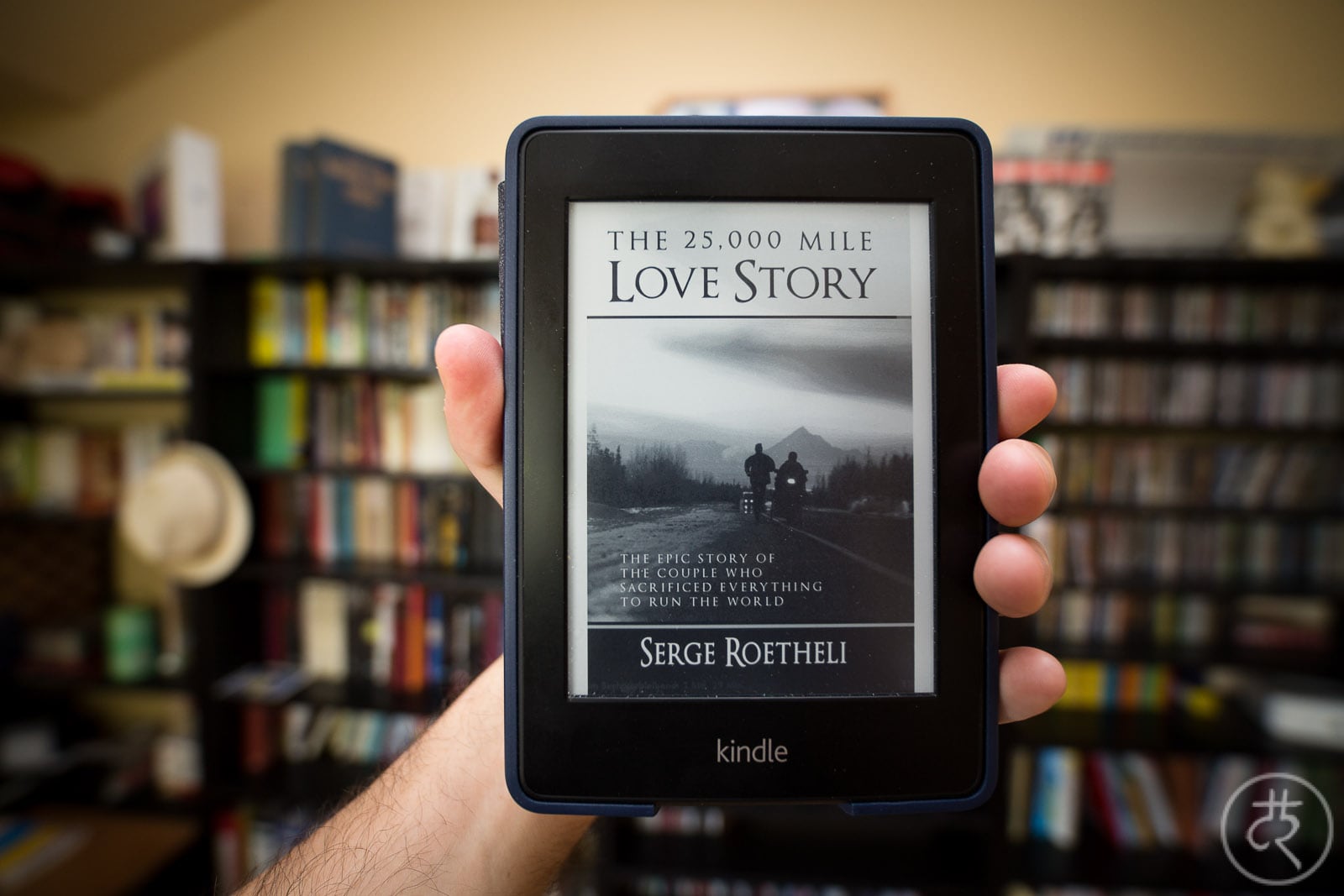 [note: I guess I’ve been reading an English translation]

The story: we’re in 1997, and Swiss Athlete Serge Roetheli has just returned from running all the way from South America to Alaska. He was accompanied by his wife on a motorcycle, and now that this “American Challenge” is now behind them, they decide to embark on a world tour.

They start running (motorcycling) in Switzerland in the year 2000, making it through Africa, parts of Asia and Australia and then again through parts of the Americas, and in the end, they will have spanned a distance equivalent to the length of the equator – roughly 25,000 miles. And Roetheli will have run it all on foot.

Serge Roetheli, what are you writing about?

And while the physical feat is nothing short of awesome, the book is no good. Roetheli seems to be a nice guy, and he wholeheartedly dedicates himself to whatever he does, but that doesn’t help his writing.

He starts out with the story of his own birth and then goes on to tell us about his family background and his education as a boxer and a mountaineer. This isn’t a bad thing, I enjoy reading a bit about what motivates people to do certain things, but Roetheli makes such a big point out of talking about his motivation that he misses what’s really important: to tell a story.

It takes Roetheli literally half of the book (51% – I am reading an ebook, so I am thinking not in page numbers but in percentages) until he finally takes me on the road with him. Everything he has talked about before were general musings about the importance of doing something with one’s life.

He has described how he ran through France and parts of Northern Africa in what felt like three paragraphs, and now – finally – he starts telling something like a story. He is in the desert. The sun is blazing. I am thinking “finally the story is about to start” – and then it’s over, and Roetheli cuts to the next episode.

why there is no story

What Roetheli does is he gives you a ton of information about why he is doing things. He talks about “normal” people a lot:

“If there’s one thing I hate to be it’s average. You are bad or you are great. You are committed or you are not. The murky is a place for nobodies.”

And then he tells you some anecdotes that happened along his route. There is no room in these episodes to develop a bigger picture or to talk about the quiet moments on the road. These are just individual highlights.

To me, reading this book felt like talking to a drunk pirate: he will tell you a lot about what he thinks of the world, and then he will tell you some of the most thrilling episodes of his life at sea. You will hear about snake attacks, about sicknesses and about accidents.

Roetheli’s feat of running around the world is outstanding. His storytelling is pretty bad, though, and his writing style is only okayish. There are hardly any interesting observations or insights in this book.

If you’re super into endurance sports, you could give this one a try.

Also read: William Lindesay, for an account of running along the Great Wall.