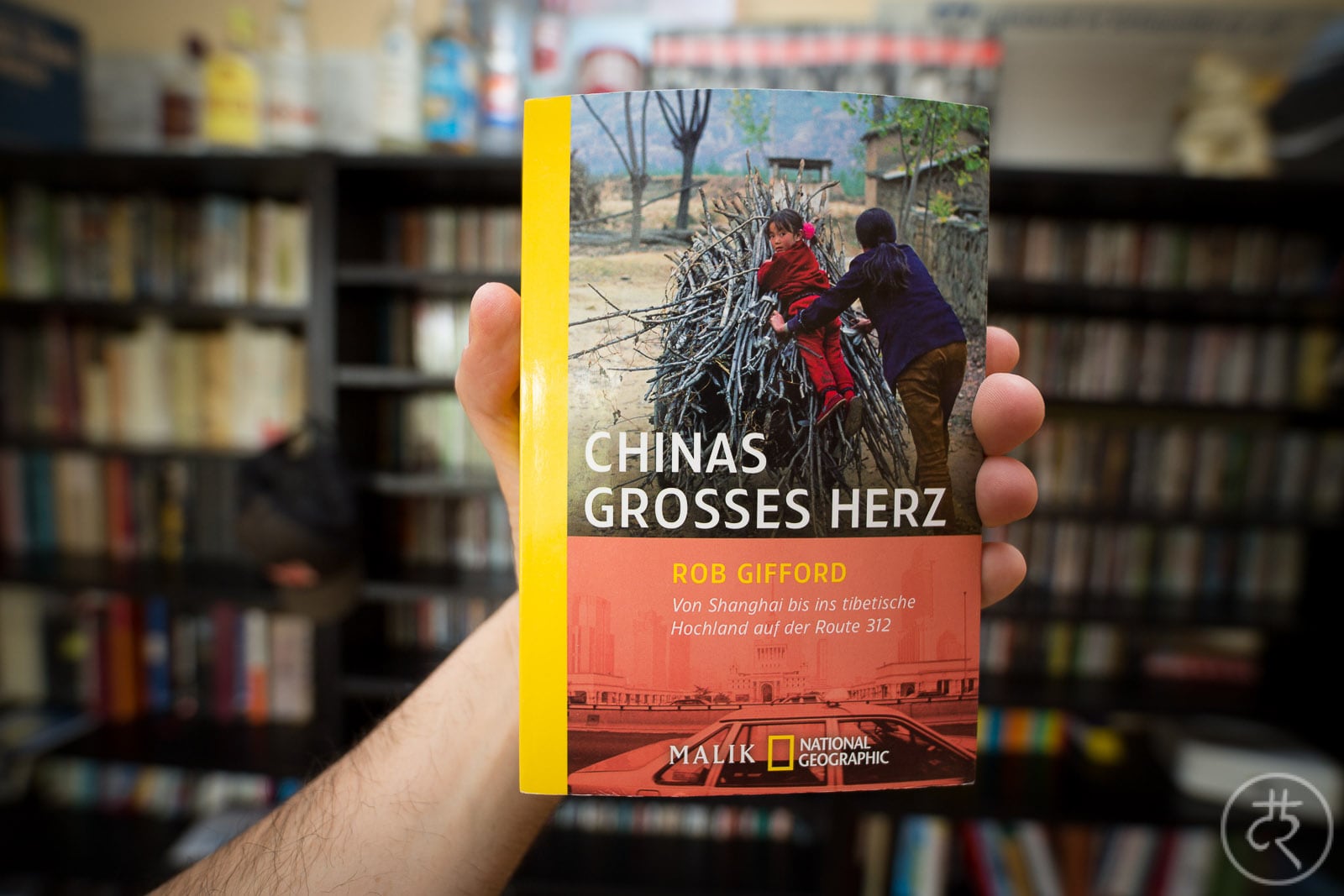 The story: in the mid-2000s, British journalist Rob Gifford has been working out of China for 20 years and, as one of his last projects, he decides to travel along the National Road 312 from Shanghai all the way to Khorgas on the border to Kazakhstan. It takes him a few weeks.

At first it seems as though Gifford, the old China hand, really knows what’s going on. His thoughts on the country, his insights into its structural problems and the direction it may be taking sound more profound than much of the other stuff that I’ve come across in the media lately.

As a travelogue, I’d say that it might be a tad too journalistic, but it does have some intriguing parts. There is Gifford’s stealth visit to the so-called “Aids Villages” in Henan, for example. He also doesn’t shy away from talking about his own personal feelings and reactions to China, which I appreciate as a reader.

One thing that that I didn’t like (besides the horrible quality of the translation) was the fact that he seems to be a bit weak when it comes to Chinese history.

One example: The First Emperor of China is called Qin Shi Huangdi. You could translate this into: Qin’s First Emperor. Qin is the name of the state that he initially ruled over, NOT his personal name. If you consider this, it seems absurd that Gifford repeatedly calls this guy “Qin”, as if that had been his name. In European history, it would be akin to calling Napoleon simply “France”.

Then there is an instance where Gifford suggests that Shanghai was a “small fishing village” in the first half of the 19th century, before it fell into the hands of the British. Wrong again. Shanghai was fortified (and pretty big) well before that, probably even as early as during the Ming Dynasty 1368-1644.

Okay, minor flaws like these don’t make this book a bad one, but they shed a weird light on it anyway.

Gifford’s feat of traveling overland through China isn’t much. His storytelling is good, and so is his writing style. The observations and insights he offers into modern China are great, but they are a bit tainted by the historical errors.

If you are looking for a pretty well-balanced perspective on life in mid-2000s China, dressed up as a travelogue, read this.