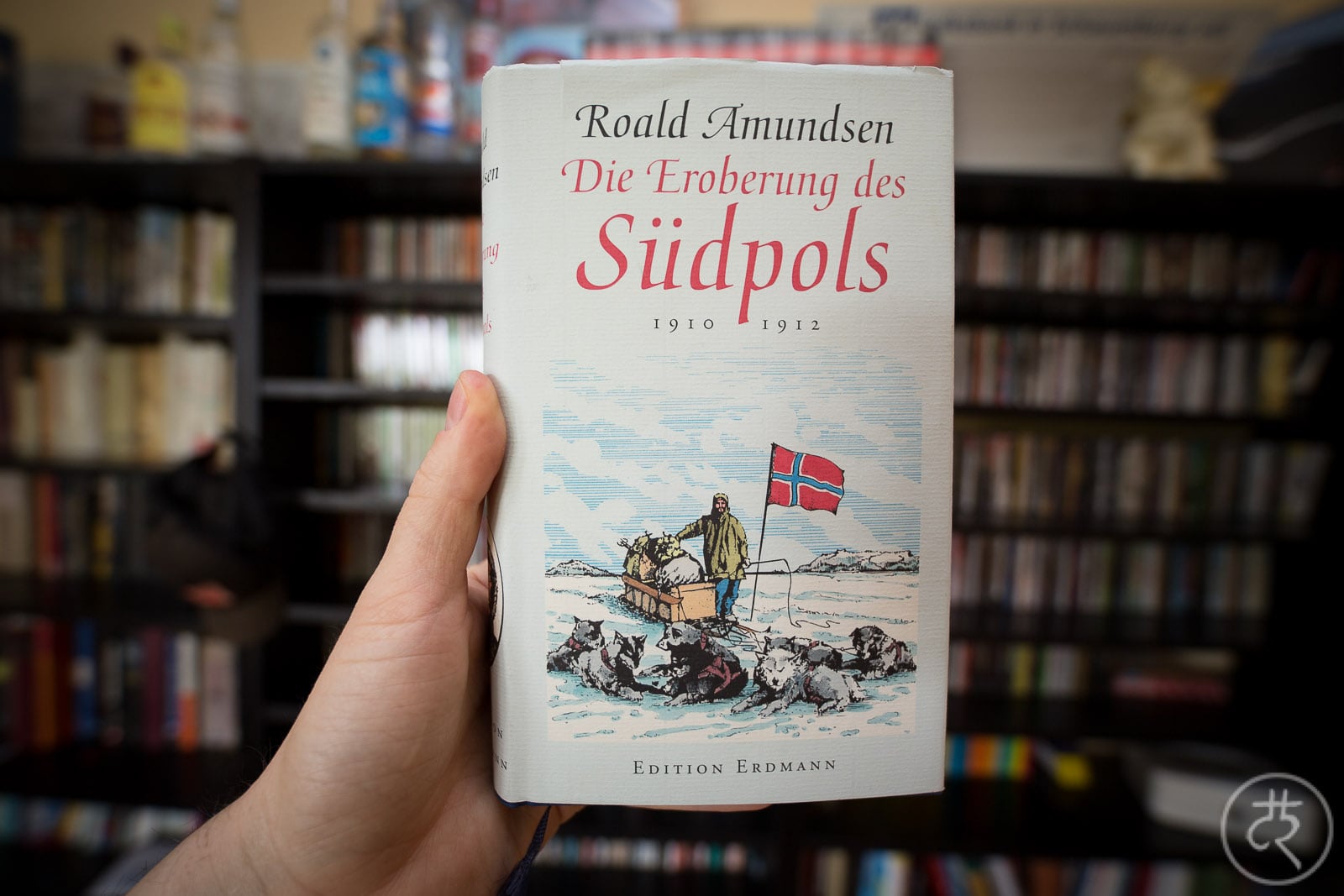 The story: in the early 1900s, Norwegian explorer Roald Amundsen has his eye set upon the North Pole. But when someone else reaches it before him, he focuses his attention on Antarctica and the Pole in the south. Just as Robert Falcon Scott is preparing his expedition here, Amundsen stealthily plans his own.

winner at the Pole

In hindsight it seems as if Amundsen is simply more skilled when it comes to polar exploration, he is better at planning, and he is more sober-minded.

Where Scott overburdens his expedition with scientific research, with extensive documentation, and with his reliance on ponies and experimental electric sleds, Amundsen simply goes the traditional way of dog sledding.

And he is so good at it, he almost makes it seem easy.

Honestly, when I started reading this book, my tears over Scott’s demise hadn’t even dried, yet. So I didn’t have a very good opinion of Roald Amundsen, the man who forced Scott into a race to the Pole.

But, much to my surprise, I found out that I really liked Amundsen, the writer: he tells his story in a laconic voice that never sounds pretentious or self-absorbed. There is a certain dry sense of humor and self-consciousness leaking through his words, which I found very charming.

Obviously, much like Scott’s account, this one also has some boring parts about technical stuff and equipment as well.

Amundsen’s feat of making it to the South Pole is epic. His storytelling is pretty good, his writing style is great when it’s humorous and dry when he gets into the technical side of things. His observations and insights are worth reading.

If you are into the polar regions, or if you want to read an occasionally funny adventure story, this one is for you.