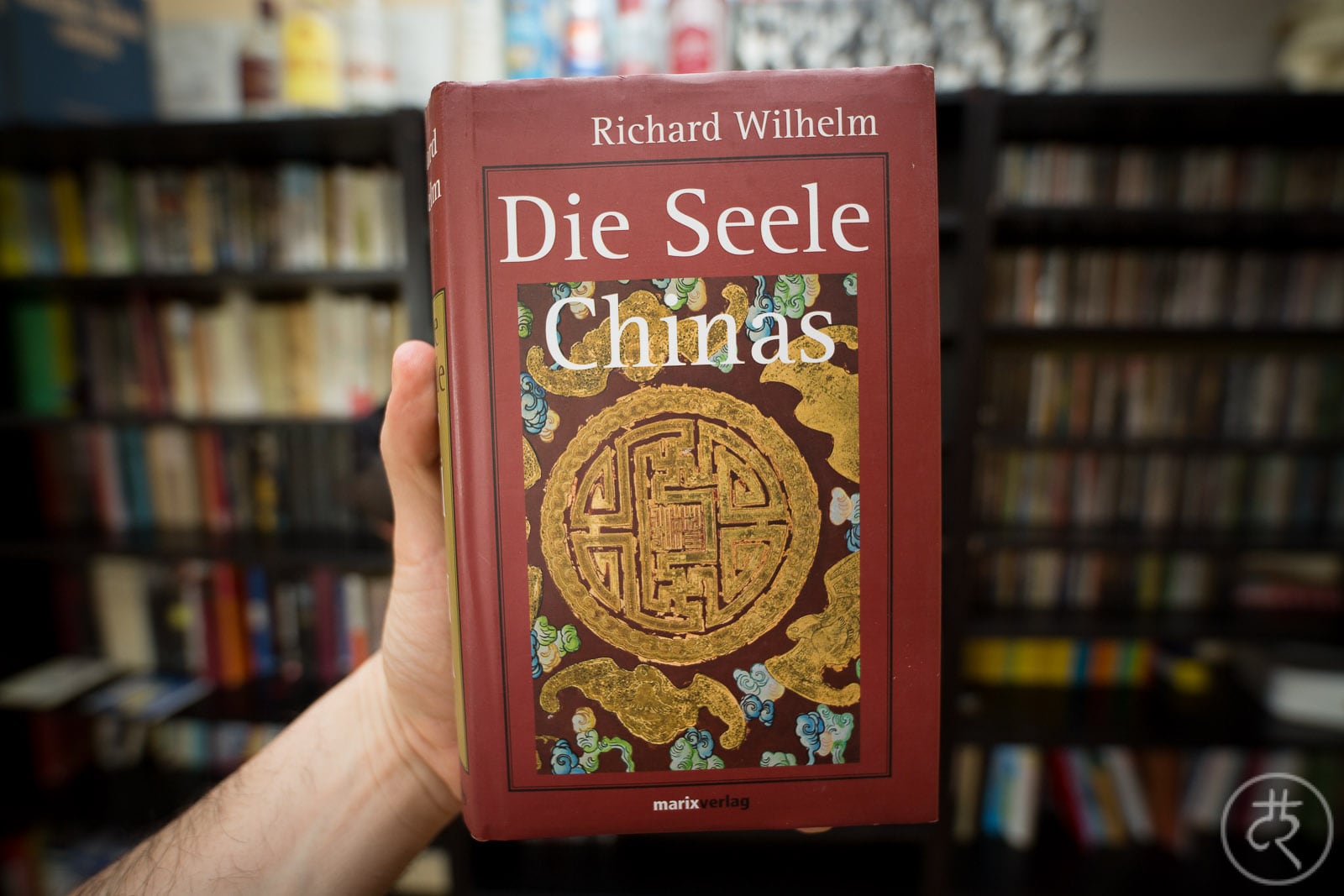 The story: at the turn of the 20th century, Richard Wilhelm, a lutheran theologian from Stuttgart, moves to China in order to take up a job as a missionary. During the next two and a half decades, he spends most of his time in Qingdao, a harbor city that is a German colony at the time.

He ends up neglecting his missionary work, instead teaching various subjects to Chinese students and translating classical Chinese works into German.

a book about China

The book Wilhelm wrote about his time in China is less of a travelogue and more like a general work about the country. And it’s interesting for a couple of reasons: unlike Gützlaff before him, Wilhelm does not seem to be very keen on proselytizing anybody.

He’d much rather teach school, explore China and learn about its culture. He has some philosophical exchanges with Chinese scholars that are very fruitful.

Another thing that makes this book particularly interesting is that Wilhelm’s stay in Qingdao falls into a time when China was just vibrating with political and social change: there’s the boxer movement and the foreign aggression that caused it, there’s the struggling Qing Dynasty and its eventual overthrow, and then there is World War I and the time of warlords and political strife after that.

Wilhelm doesn’t only observe, but he also shares his opinions (and even predictions) on many of these things. And he seems to know China pretty well. The stories and episodes he tells are very vivid, and they certainly don’t feel like they are a century old.

One final thing I enjoyed about this book: Richard Wilhelm seems to be truly sympathetic towards China. He respects her people and her culture.

Wilhelm’s feat of living in Qingdao for two decades is okay. His storytelling and his writing style are both good. His observations and insights are very enlightening (even though some of his predictions turned out to be wrong).

If you’re interested in a European’s perspective on China at the time of the downfall of the last dynasty, read this.

Also read: John Pomfret, for an account of China a century later.