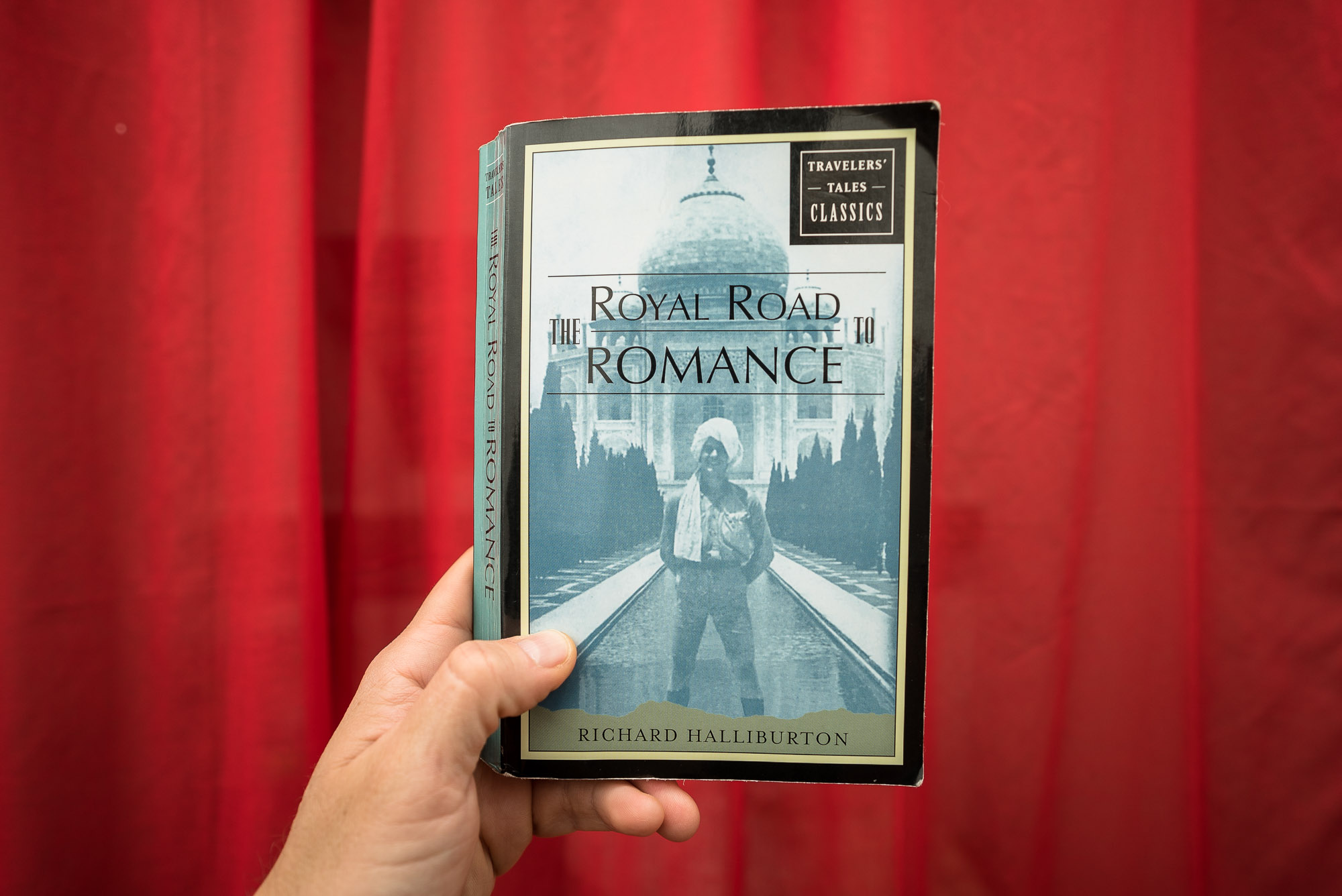 a great adventure and a story of privilege

The story: in the early 1920s, young American graduate Richard Halliburton feels bored. He decides to go traveling on a shoestring budget, so he hops on a ship to Europe and takes it from there.

He ends up doing almost everything there is to do, and in the most outrageous ways: he climbs the Matterhorn, breaks into the Alhambra, gets jailed in Gibraltar, swims in the Nile, goes trekking in the Himalayas, hunts tigers, gets robbed by pirates, and eventually scales Mount Fuji in winter. Then he returns home.

At first I really liked this book. Halliburton reminded me of Patrick Leigh Fermor, who set out as a young man to see the world and find adventure. And Halliburton seemed even more extreme in the way he was willing to embrace hardship, sometimes apparently looking for disaster. I appreciated that, and I still do.

Also, the writing isn’t so bad, and sometimes it’s even quite good, especially when Halliburton humanizes natural or architectural wonders like the Matterhorn, the Alhambra, or Mount Fuji. He bestows these inanimate things with certain character traits (the Matterhorn that does not want to be climbed), and he converses with them. It’s very nice to read.

What put me off a little is the way the whole book is essentially just made up of individual articles (one about the Alhambra, one about the Nile, etc.), and there is no storyline that binds them all together. This becomes clear rather early in the book, as we find out that Halliburton is indeed writing articles about his individual adventures, sending them off to newspapers along the way.

I wished he would have taken the time to weave them together a bit more tightly, but okay. It’s still a pretty good read.

There is something else, though.

There are a few tropes that keep reappearing as the story moves along. One of them involves Halliburton riding trains without purchasing a ticket, or switching to first class from the lower class transport he paid for. This is amusing at first, but it gets old.

Furthermore, there is an element of racism to it: often, when Halliburton gets caught, he tries to find white people to help him.

“I climbed up into the cab, and in the fewest possible words pleaded for the assistance of one white man for another.”

At other times, he just plain refuses to listen to Indian or Japanese conductors. It’s annoying as hell.

Then there is the misogyny. It’s not as prominent as the racism, but it shines through sometimes. There is an instance where Halliburton is looking for a companion for a boat ride in India, and he singles out a 16-year-old girl, practically forcing her into his boat against her will. It sounds rather brutal.

“I had often been told by some of my sophisticated friends that women would rather be bullied than argued with, and that the role of caveman was a very effective role to play at times. Perhaps, I thought, that same philosophy was as true in India as in Princeton.”

Of course I’m aware that this book is from the 1920s. And of course it wouldn’t be fair to judge a travel writer from a long time ago by the moral standards that we have today. I was thinking of this when I was reading writers like Christopher Columbus (about whose character I might have come to some erroneous conclusions) or Nikolai Mikhaylovich Przhevalsky (whom I called an “annoying dude” nonetheless).

But then the 1920s are neither the 1490s nor the 1870s, and Halliburton’s life is closer to that of Ella Maillart than it is to those of either Columbus or Przhevalsky. Was Maillart as tough as Halliburton? Hell, yes. Was her adventure as glorious as that of Halliburton? Of course it was. But she didn’t seem to rub her privilege into everyone else’s face all the time.

So when I see people idolize Halliburton as a sort of “grandfather of travel writing”, I feel disappointed. And I wonder how many of those readers secretly wish they could get away with the kind of shit that he did.

Halliburton’s feat of being mischievous while traveling is okay. His storytelling is great, his writing style is awesome, and some of the insights and observations he shares are interesting.

If you want to read one of the early examples of humorous American travel literature, this one is for you.