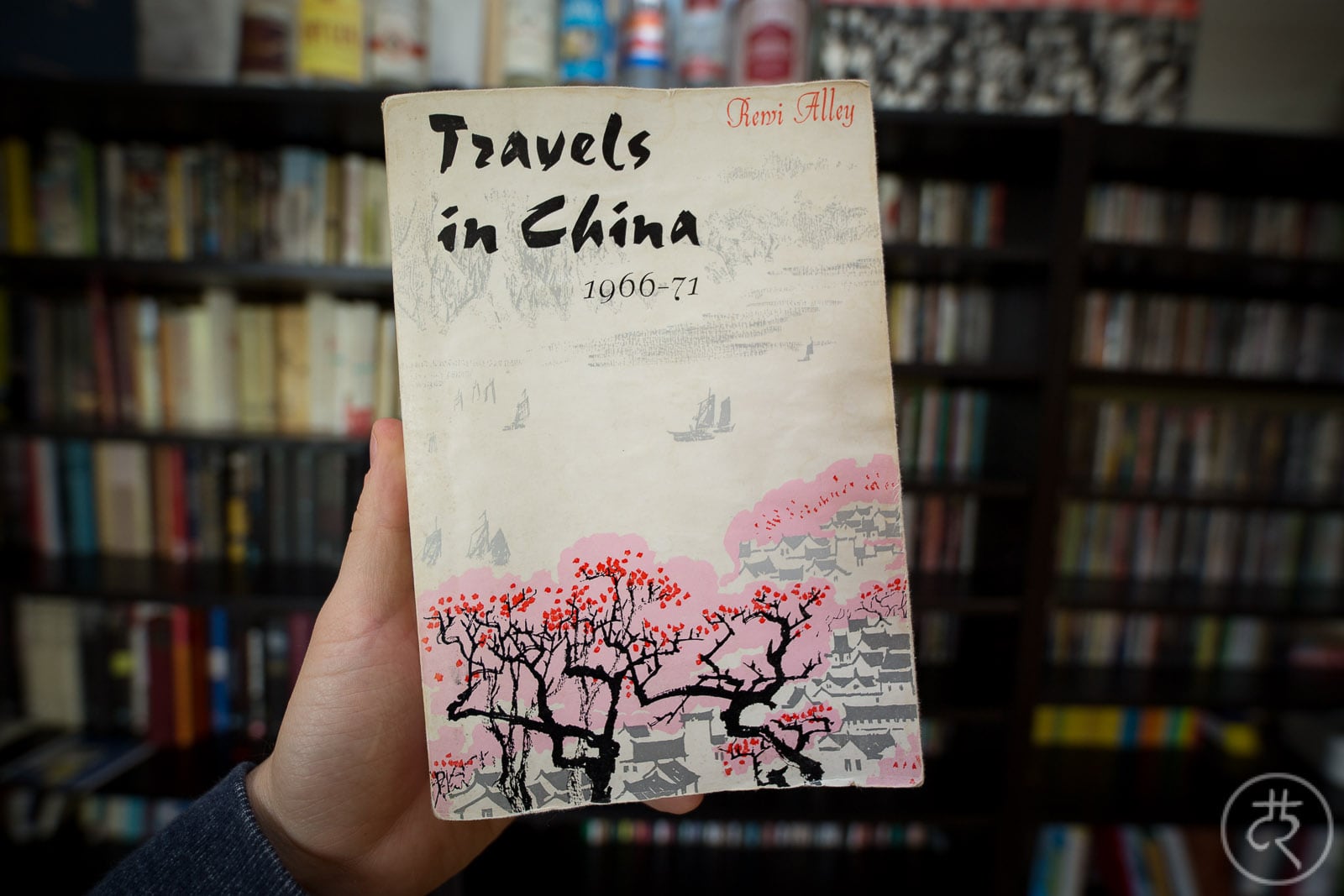 The story: in the mid-1960s, Rewi Alley from New Zealand has been a friend of Communist China for some decades, living comfortably (and rather overweight) in a special compound in Beijing. From 1966 on, he starts embarking on several trips through the country. His aim is to document the glorious advancements brought about by Chairman Mao’s “Cultural Revolution”.

The book is so shitty I have a hard time finding a suitable adjective – shitmatic?

It’s too long (588 pages), but that’s not it. The problem is rather that its contents are 100% propaganda. Alley roams all over the country, inspecting villages and cities, taking pictures (some of which are in this book), and making up horrible poems about the greatness of the dictator.

Here’s one of his works:

“Wulien / desolation on desolation / mountain peaks raised / in supplication. / Wulien / with peaks like / arms raised in salute / Wulien / the impossible done / and a land / made over again / in the way of Mao Tsetung.”

Isn’t this just taking shitty to a whole new level?

Rewi Alley and Mao’s behind

Alley is a long-term resident of Mao’s country, so he does his absolute best to brown-nose the big guy. There are no “travel notes” in here, no personal insights, no stories, just propaganda. Here’s a sample:

“The damage done by the Liu Shao-chi line in the years when it was paramount dealt a severe blow to the fine spirit that the Great Leap Forward generated, but with the Socialist Education Movement in the countryside and then with the Cultural Revolution, a deeper understanding of Mao Tsetung Thought as related to self-sufficiency gave new impetus.”

Yay! And this goes on and on for hundreds and hundreds of pages. I hated every bit of it, but then another thought entered my mind.

Of course Alley had to make a living somehow. And since he was a foreign “friend of China”, the only thing he could do was produce propaganda materials. But maybe he was being secretly subversive?

“‘How do you keep up your French?’ the student who had been to Morocco was asked. ‘I can read the Selected Works of Mao Tsetung in French whenever I like,’ came the answer.”

Maybe Alley really meant to show the craziness of it all?

Or how about this one:

“With regard to work with domestic pigs in the farm piggery, the manager shook his head and said, “We must study Chairman Mao’s works better and find out how we can improve this part of our work. It has not been so successful as other branches!”

how to read this without going nuts

If you choose to buy this book, don’t think it’s in any way “travel literature” or “literature” at all. There are only three ways to read it:

Alley’s feat of traveling through China as a government propagandist isn’t impressive at all. His storytelling is bad, his writing style is worse, but some of the info he shares has some historical meta-value.

If you’re into official propaganda from China during the “Cultural Revolution”, by all means read this.