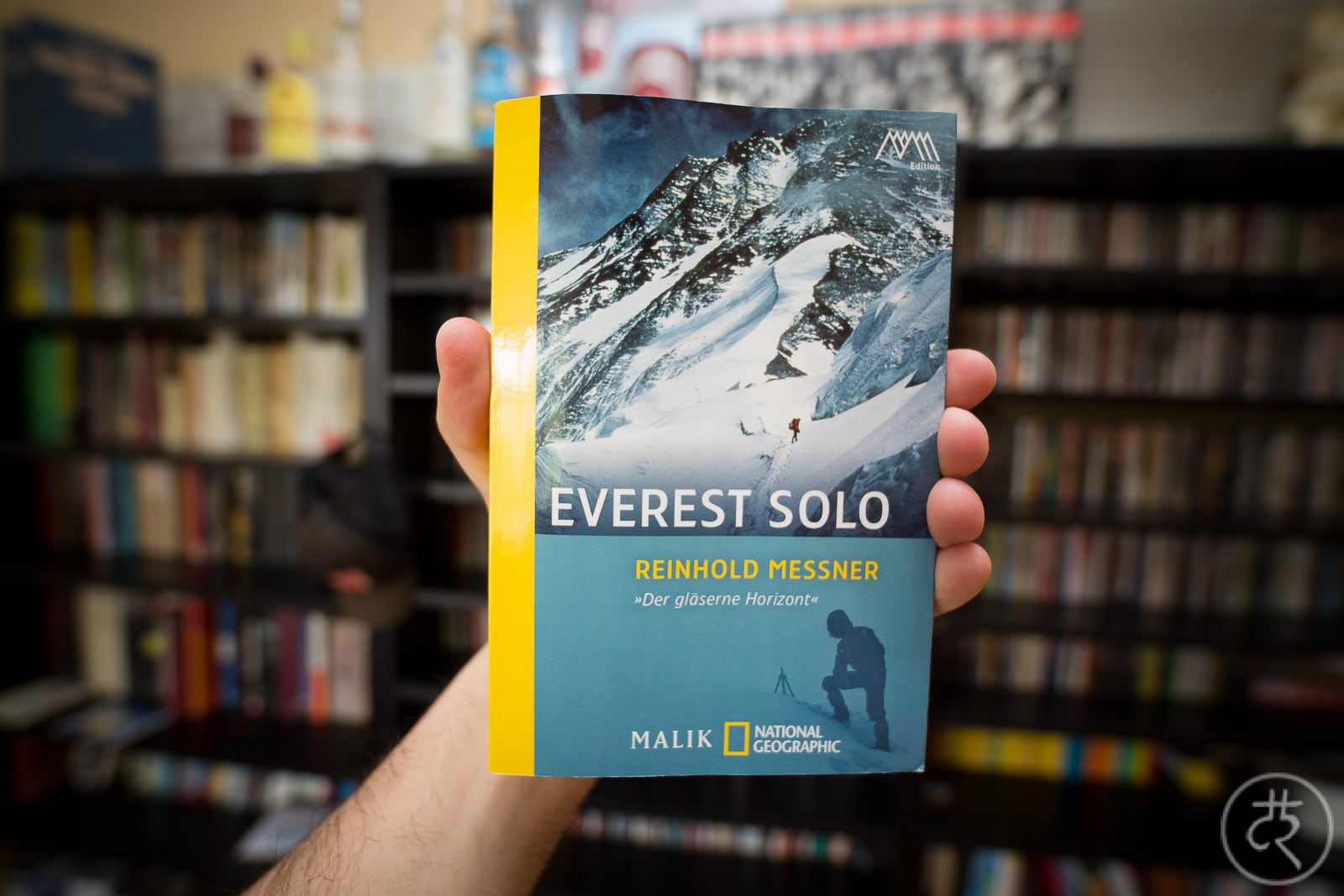 The story: in 1980, Reinhold Messner, a German speaker from South Tyrol and one of the most famous mountaineers in the world, decides to scale Mount Everest alone. To add to the challenge, he does it without a team and without the help of Sherpas. He won’t even take an oxygen tank.

Obviously, this book is the story of an incredible accomplishment. But what’s more, it’s also not badly written at all. Messner makes it about more than just adventure: he tells us about his personal motivations and about his doubts, he describes his preparations (which make up more than 1/2 of the text), and he locates his own expedition within the history of mountaineering on the Mount Everest.

a second voice and some complaints

All in all, it is a very good read. One thing that I found particularly nice was how Messner gives Nena, his companion at the base camp, a few pages here and there to tell about her own view on the whole thing. This loosens up the text, and it feels refreshing to be able to get out of the obsessed mind of the mountaineer for a little while.

If I’d change one thing about the book, though, it would be Messner’s complaints about other mountaineers. He repeatedly voices his criticism of the fact that there are more and more people attempting to climb Mount Everest, doing more and more crazy things in the process (like attempting to ski downhill, for example). And while it’s not like he doesn’t have a point, it seems a bit hollow coming from him, a trailblazer on the most prestigious summit on earth.

Messner’s feat is of course nothing short of amazing. The story he tells is gripping, his writing style is good, and his insights into mountaineering are worth a read.

If you’re even remotely interested in alpinism, you should read this.