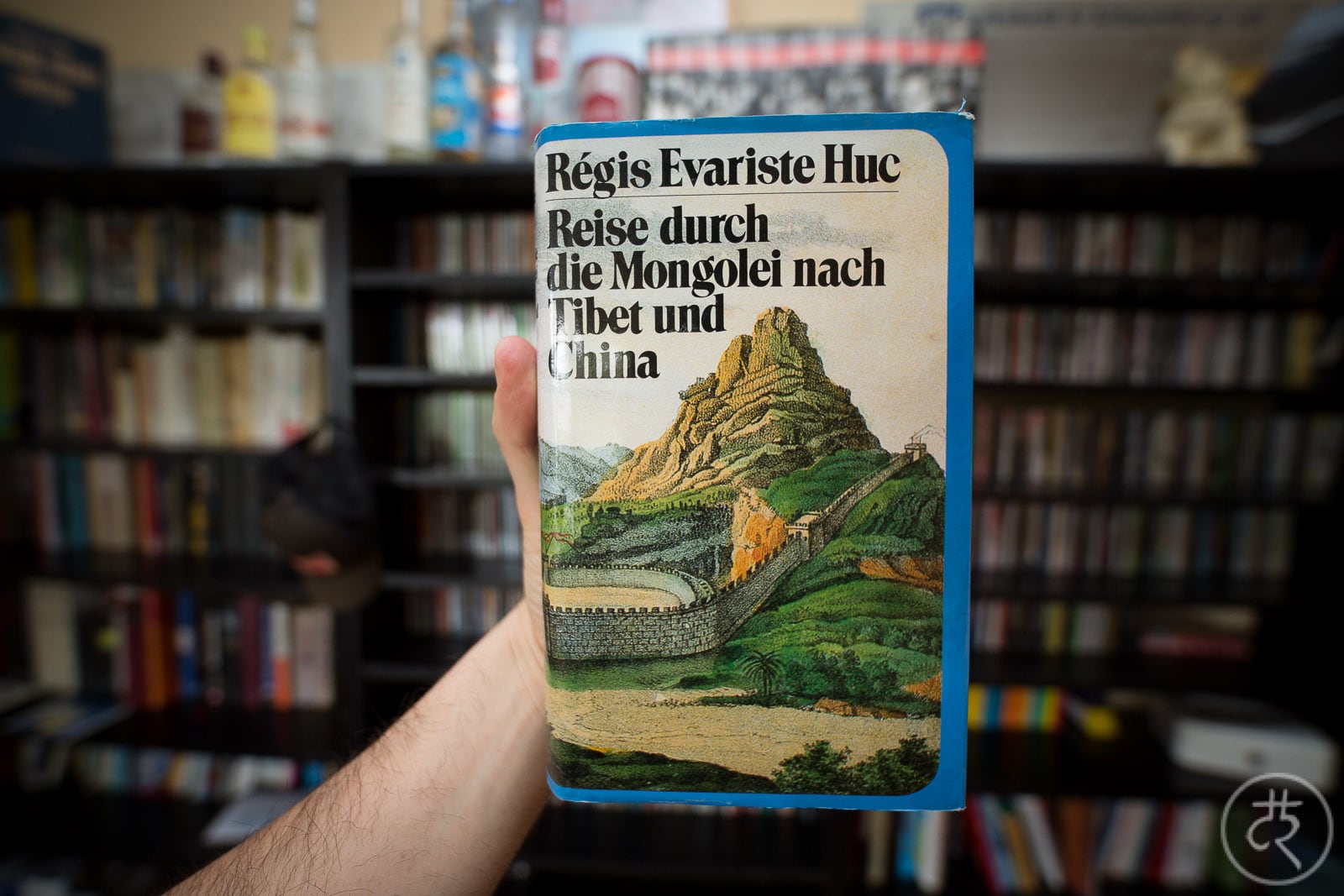 The story: during the first half of the 19th century, French Catholic priest Régis Evariste Huc is working as a missionary in China. This is a time when the Qing Dynasty is trying to fight off imperialist empires like the UK, and many parts of the country are off-limits to foreigners. Still, Huc decides to travel to Tibet and from there on to the Indian subcontinent.

He never makes it to India. However, in 1846, Huc and his travel partner Joseph Gabet become the first foreigners in many years to reach Lhasa. The journey there has taken them almost two years, requiring them to dress up as Lamas and learn several languages and dialects, and almost cost them their lives.

So it’s a bit of an adventure.

My reading experience was a mixed one. One the one hand, the journey is an adventure indeed, and Huc’s writing can be quite witty and straight-forward. It’s not a big book, and it hardly ever gets boring, so that’s good.

On the other hand, I didn’t really enjoy some of the parts where he lays out his views on religion or on the people around him. There is a certain amount of condescension, which I guess could be expected from a missionary at the times, but I still found it annoying.

Overall the good outweighs the bad, though. Huc’s account of their crossing of the high plateau during winter is a grade A adventure story. I liked that. Also, he seems to know the culture of the places he travels through quite well.

Huc’s feat of traveling to Lhasa at the time is pretty impressive. His storytelling is generally good, and his writing style isn’t bad either. The insights and observations he shares are historically significant.

If you’re into Northern China and Tibet during the latter part of the Qing-Dynasty, read this.

Also read: Matteo Ricci, for an account from the OG of missionaries in China.