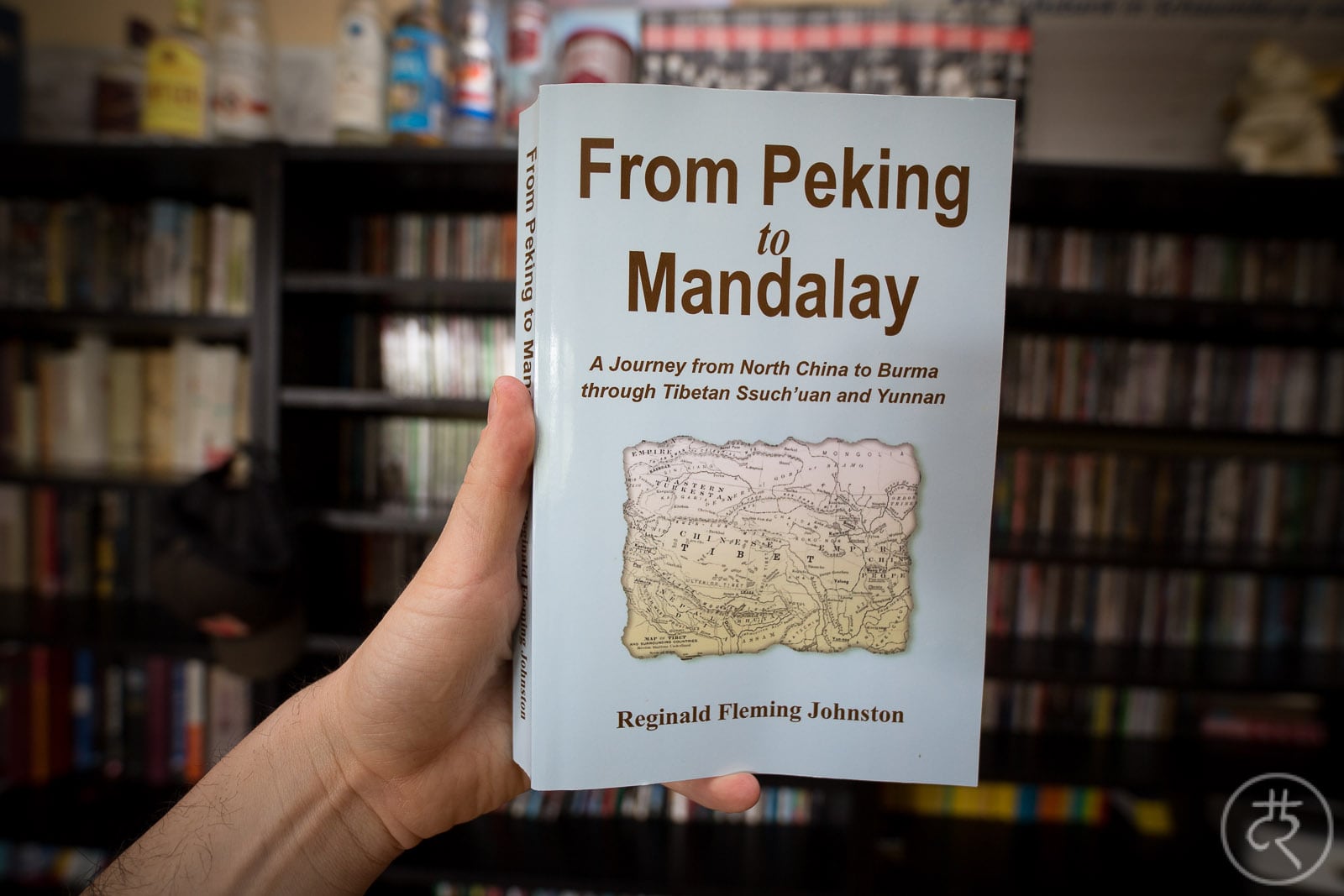 The story: in the early 1900s, British diplomat Reginald Fleming Johnston, who is stationed in China, decides to travel up the Yangtze and then on through Yunnan into Birma, which is under British rule.

He takes his time, traveling slowly, and he ends up spending several months on the road.

Today, Johnston is widely remembered for something he did ten years after this trip: from 1919 on, he works as a private tutor to Puyi, the last emperor of the Qing Dynasty – you might have seen him being portrayed by Peter O’Toole in Bertolucci’s The Last Emperor.

One thing this means is that Johnston has a high degree of fluency in Chinese, and that he knows his way around the country quite well.

The book is not bad at all, if only it weren’t so lengthy. Don’t expect an adventure story, though. Johnston travels overland with an entourage of helpers, much like Edwin John Dingle a few years after. In fact, their itineraries are very similar.

But as it turns out, Johnston knows a lot more about Chinese culture, and his insights are more enlightening. I found some his thoughts on religion and politics quite interesting. Also, he doesn’t complain as much as Dingle.

Johnstons feat of traveling through China is okay. His storytelling isn’t either. His writing style is a bit wordy, though. The observations and insights he shares can be pretty interesting.

If you are interested in pre-revolutionary China (from the perspective of a highly educated European), then give this one a try.