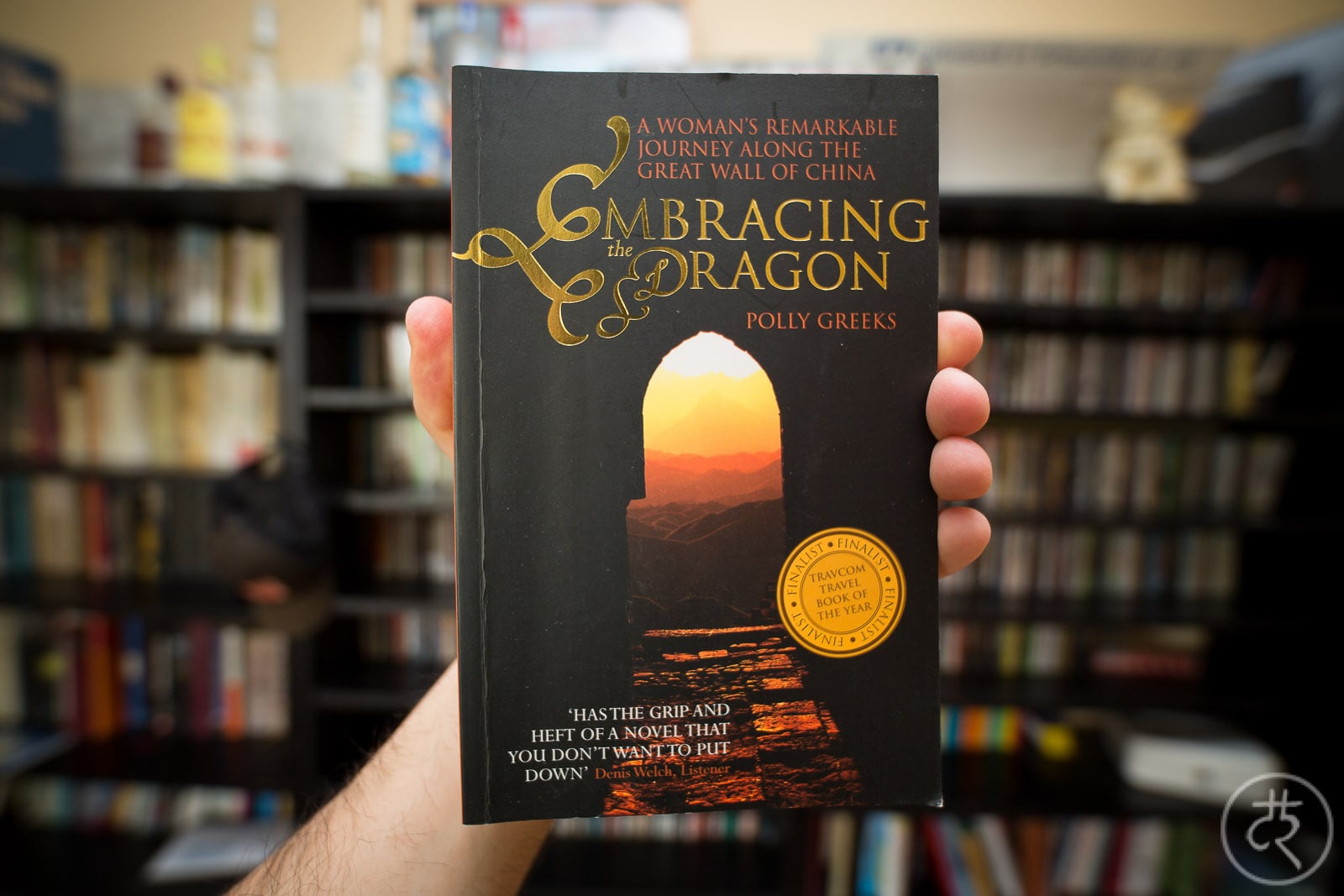 The story: in the early 2000s, Polly Greeks works as a journalist in New Zealand. At some point in 2001, she does an interview with Nathan Hoturoa Gray (who at the time is trying to walk the length of the Great Wall), falls in love with him and decides to tag along.

They walk together for a few hundred kilometers, share the hardships and the joy, and eventually make a decision on their relationship.

Much like Ella Maillart and Peter Fleming, Greeks and Gray offer two travelogues on the same, shared journey. And unlike Gray’s book, this one isn’t so bad.

There are stories to tell: that of a walking adventure, that of a fragile relationship, and that of a foreign country that is worth exploring. And Greeks tries her best to tell all of them. In fact, her writing is best when she takes her time to give us a few details about the people she meets (like the rich guy who takes them in on his country estate).

So what’s bad about this book then? Well, apart from the ignorance about China, it could have used some more polishing. I would have particularly liked for Greeks to get rid of Gray’s mumbo jumbo:

“‘The Chinese can tell what you’re thinking. They’ll respond accordingly,’ Nathan told me.”

But maybe I’m being unfair. Maybe including this crap means telling the full story.

Greeks’ feat of walking a little bit of The Great Wall is okay. Her storytelling and her writing style are both solid, but the information she provides isn’t that great.

If you’re really into Great Wall stories (and you’ve read all the others), or if you have suffered through Gray’s account and now you want to get a different perspective, why not give this one a try.

Also read: Vikram Seth, for a different experience of traveling in China.