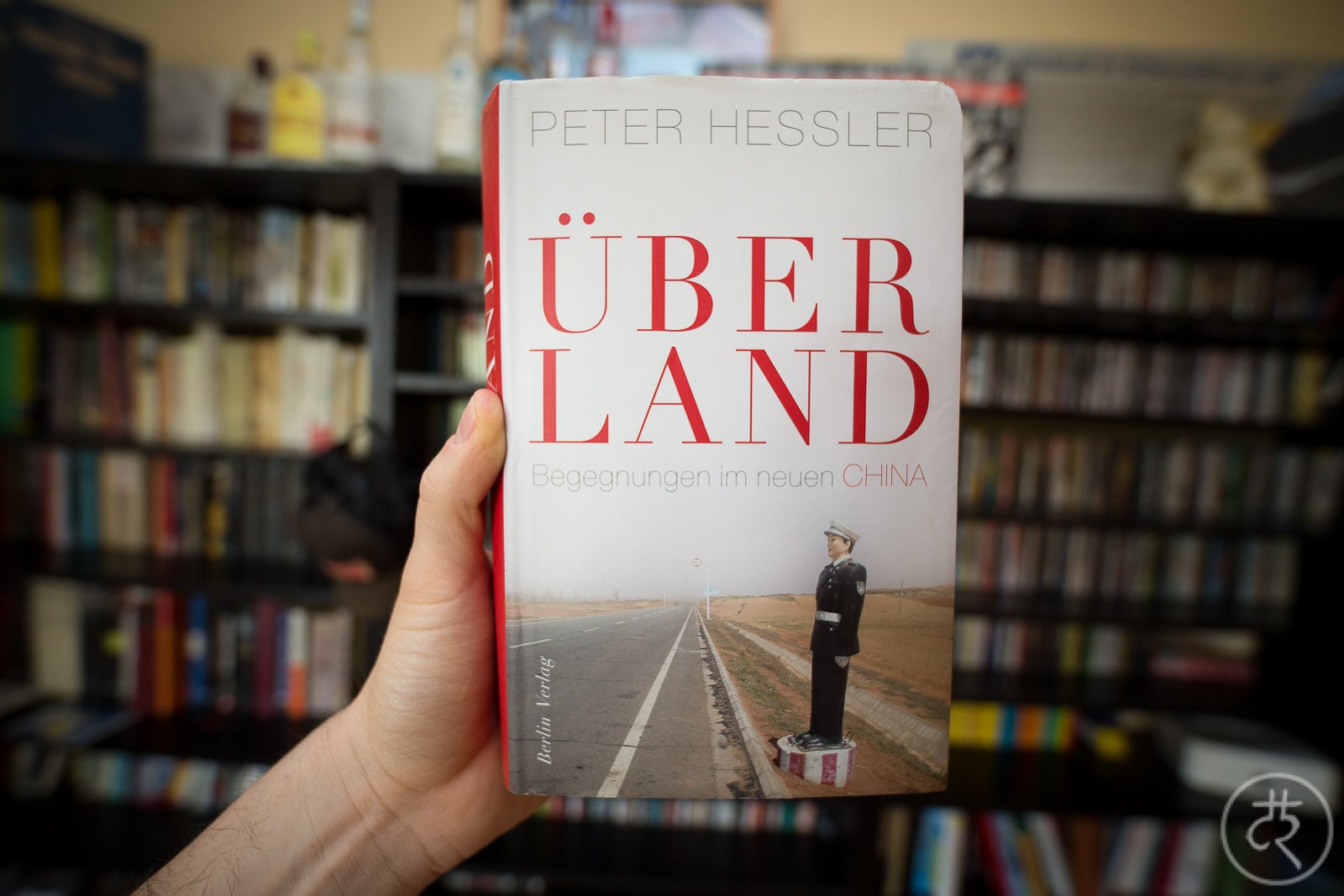 The story: in the early 2000s, American journalist Peter Hessler works as a correspondent in Beijing. Over the course of time, three things he does turn into stories that he uses in this book: he drives a rental car along parts of the Great Wall, he rents a house in a village in the mountains east of Beijing, and he chronicles the development of a factory district near Shanghai.

The resulting book is divided into three parts: the wall, the village, and the factory. And while the story about Hessler driving along the Great Wall is the only real piece of travel literature of the three, the other two also seem to qualify in some way.

The resulting book turns out to be great but somewhat patchy. The part about the wall is okay – Hessler provides a view on politics in the Chinese countryside that oscillates between being anecdotal and having an aerial perspective. The part about the factory is good – Hessler takes his time here, carefully chronicling events that are happening over the span of a few years. And the part about life in the village is excellent – this is where Hessler gets personally involved, and the characters he describes really come to life.

What makes Hessler’s writing so good, though? For one thing, he seems to know China quite well, and some of his insights are as unexpected as they are hilarious. To give you an example: he talks at length about various brands of tobacco and how they are being used to facilitate business ventures. Likewise, he has some interesting observations about the importance of certain brands of clothes, sneakers, and (fake) leather bags.

But there was one thing that made this one particularly worthwhile for me: Hessler’s writing isn’t just that of a journalist keeping a professional distance from his surroundings. When he’s at his best, he allows himself to become part of the story. This goes especially for the story about the village, which I thought was very moving.

I was reminded (in a good way) of the works of Richard Wilhelm and John Pomfret.

Hessler’s feat of living (and driving) in China isn’t much. His storytelling is great, though. I enjoyed the hell out of his writing style and the observations and insights he shares.