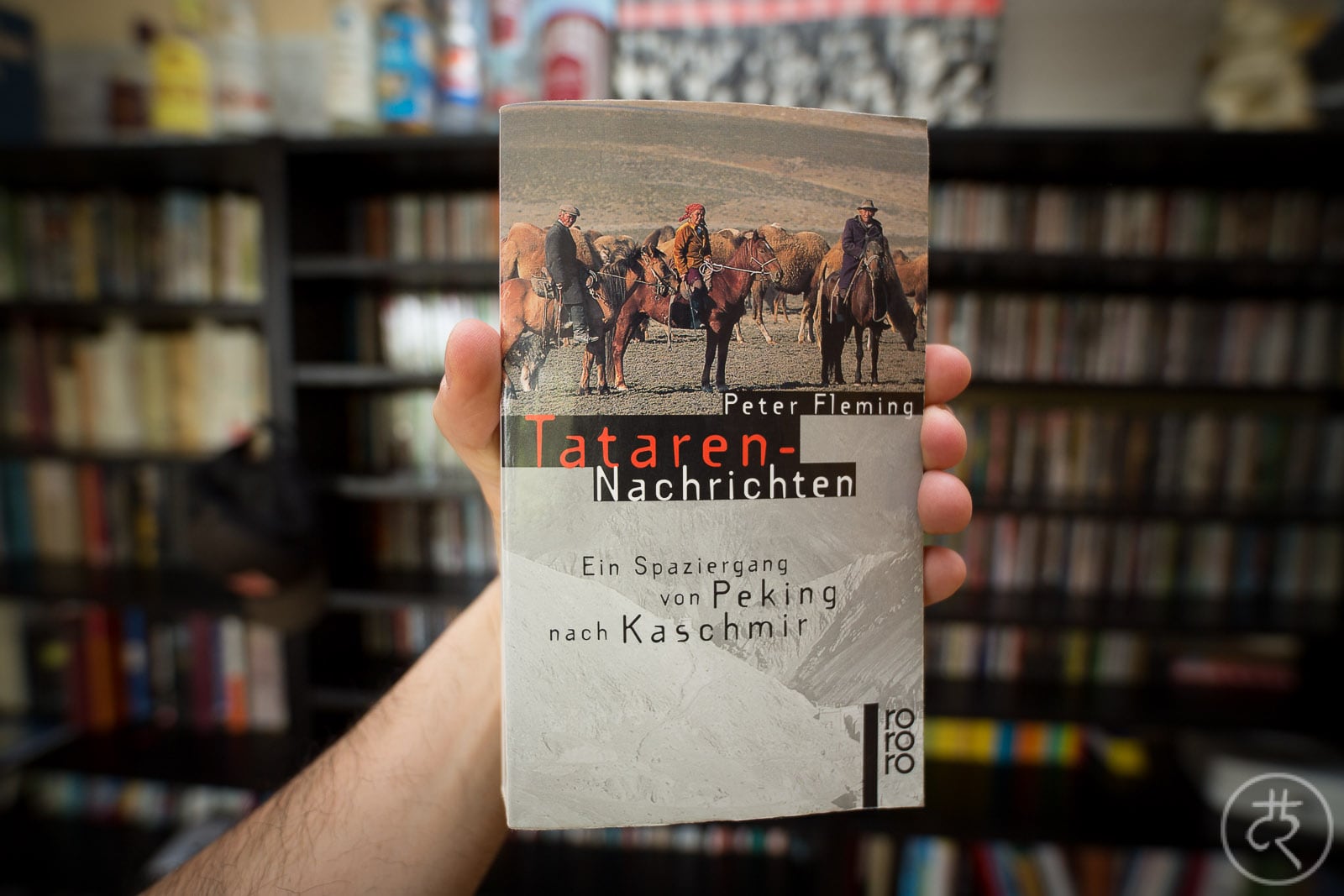 the price of irony

First things first: this gentleman was successful both as an adventurer and as a writer of fiction. On a side note, his younger brother was the dude who invented James Bond.

The story: it’s 1935, and young British writer Peter Fleming has just arrived in Beijing. He meets up with Ella Maillart from Switzerland, and the two, initially having planned to go on solo expeditions, decide to embark on a journey together, going all the way to the Western Regions of China and finally to Kashmir – overland, with a caravan, through a war-torn country.

The reason why I bought this book was because I figured it would be interesting to read about people who have traveled in the same regions as I did. And I wasn’t wrong. Peter Fleming is an excellent writer – he tells the story in a very interesting and funny way, maintains a fast pace that makes it easy to read, adds some historical insight and comes up with a bunch of clever aphorisms on top of it all. It is a very enjoyable book.

I found the dynamics between him and his companion Maillart to be particularly enjoyable – even more so when I realized that there wasn’t going to be any romantic entanglement.

is Peter Fleming too distanced

I have one issue, though. Sometimes I found it hard to relate to Fleming himself (or to the narrator). Most of the time when he is talking about his environment and the people around him, he seems to be keeping an ironic distance that makes it hilarious to read, blurring out his own feelings and ambitions. This reminded me of Robert Byron actually.

There are exceptions though: Fleming gets very sentimental when it comes to animals, and his final insights about Maillart aren’t cynical or ironic – they seem heartfelt. I find myself wishing he had offered more of this.

Fleming’s feat of traveling through China’s Wild West in the 30s, albeit with a caravan, is respectable. His storytelling and his writing style are both great (if only he was less distant sometimes. The historical observations are interesting.

If you’re into the Silk Road or into China’s West, or if you just want to read a sort of proto-Byron travel writer from the UK, read this.