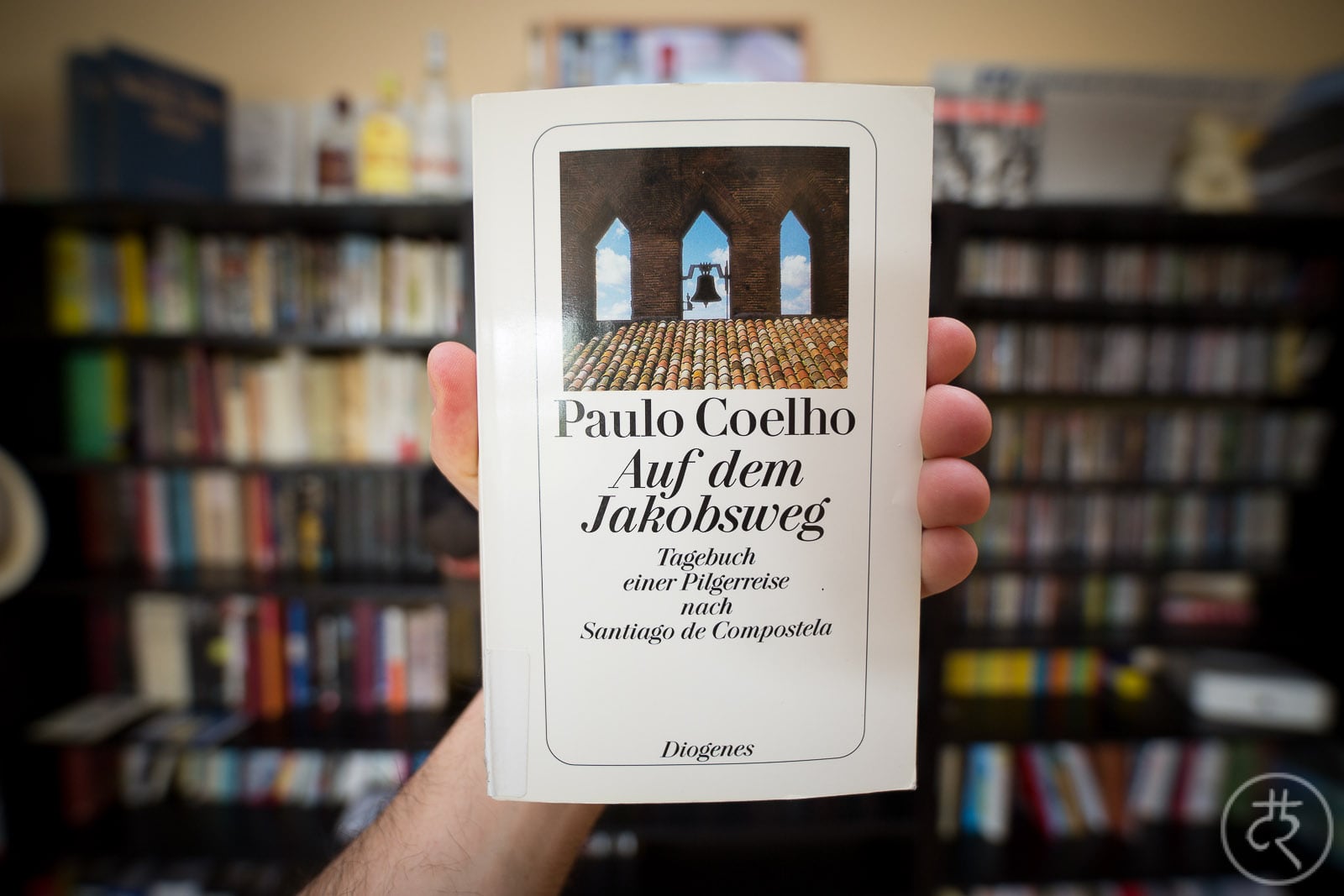 a pile of dung

First things first: I remember back in 1998 when one of my friends recommended Paulo Coelho’s classic The Alchimist to me. Back then I thought it was a nice little book. Sure, it might have been a bit overly simple minded and esoteric, but I didn’t mind, as long as it was fun to read.

In hindsight it sucked, and I was being an idiot.

So I guess I should have been prepared when I opened my copy of The Pilgrimage last week. But I wasn’t.

looking for a sword

The story: during the mid-eighties, Paulo Coelho wants a ceremonial sword from some kind of spiritual cult, but they won’t give it to him. Instead, the sword is being transferred to Spain by Coelho’s own wife, and he is given a guide called “Petrus” to lead him along the Camino De Santiago (the Way of Saint James) in order to retrieve it.

The two dudes wander around, do spiritual exercises, make conversation with celestial beings, climb up waterfalls and fight gory battles against dogs that have apparently been possessed by demons. In the end, P.C. finds his sword, and everything turns out well.

If there was only a way to convert narcissism into electric currents, Paulo Coelho would be a global source of renewable energy. There are no other characters in this book besides the author himself, and even his guide “Petrus” is just a mirror image – so it’s a 2-for-1 deal! The universe in its entirety is nothing but a pallid background for the spiritual lightbulb that is called Paulo Coelho. Sometimes I thought he might have actually been joking.

If you want an interesting story about the Way of Saint James, you’re looking for it in the wrong place here. You’re not going to find anything about walking either. There are hardly any observations about landscapes or culture. And since other people are practically non-existent throughout the whole book, there is really not much left to fill its 262 endless pages, except for a massive blow of hot air straight from the vents of the bullshit factory.

dogs forcing their will on Paulo Coelho

I’ll leave you with this random gem:

“Watching me, the dog forced his will upon me.”

I bet the dog did just that. And maybe she or he even wrote this book.

The feat of walking the Camino is okay, although judging from the way Coelho writes, it’s unclear if he’s actually ever really done it. His storytelling is contrived and messy. His writing style is pretty good, though. There’s not much in terms of actual content.

If you don’t mind endless esoteric ramblings, and if you don’t expect to learn anything about the Camino de Santiago, you can give this shitty book a try.

Also read: Nicolas Bouvier, because why not go for something nice instead?