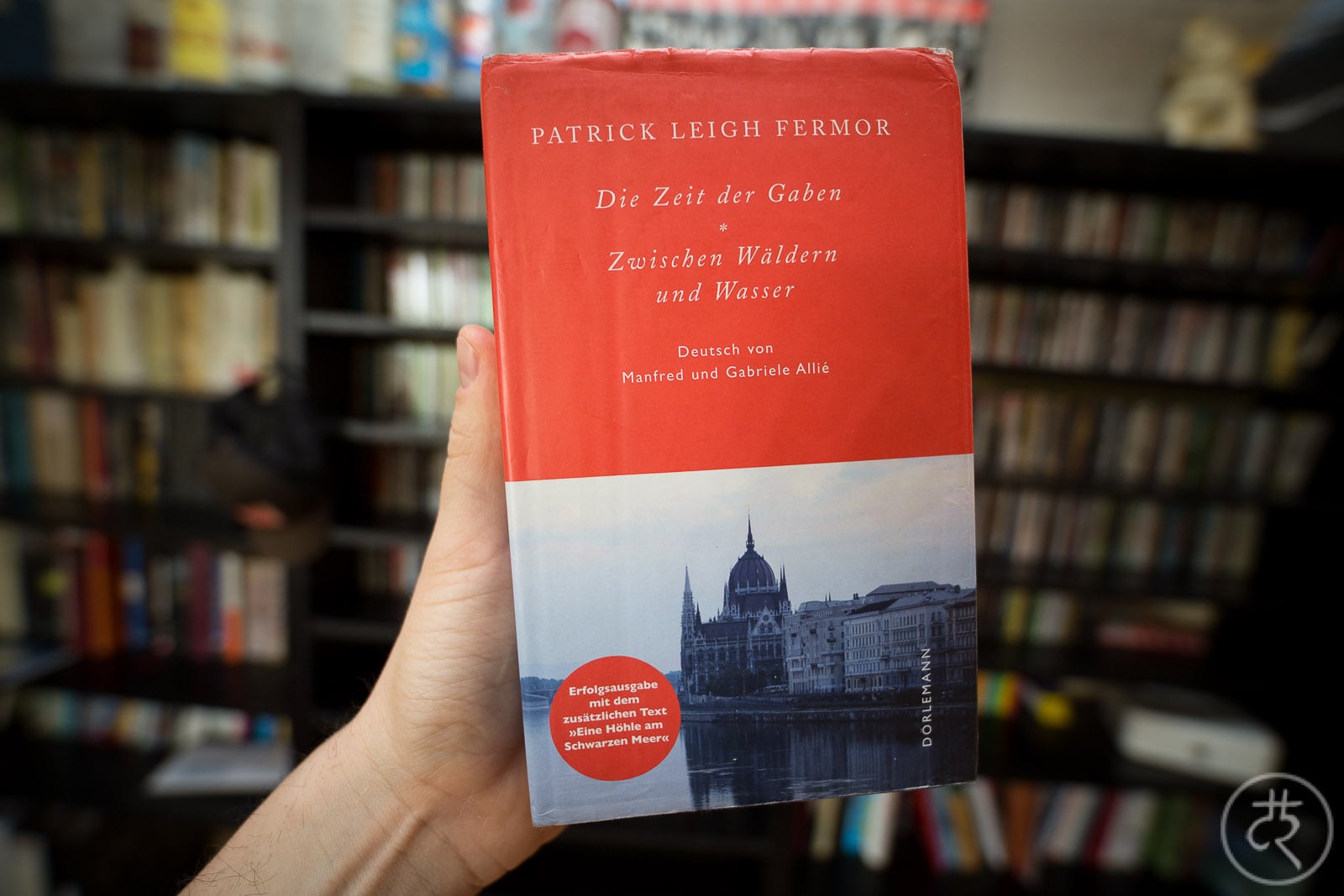 The story: in 1933, eighteen-year-old Patrick Leigh Fermor decides to take a walk through Europe – all the way from Amsterdam to Istanbul. He walks for more than a year, picks up a few languages, talks to people, learns about history, and keeps a meticulous diary.

And then his diary gets lost during World War II. When it miraculously reappears decades later, Fermor decides to use it as a basis for a trilogy of books about his journey. The first two were published in 1977 (from Amsterdam to the Middle Danube) and 1986 (from the Middle Danube to the Iron Gates), but Fermor died before completing the third volume (from the Iron Gates to Constantinople), which was published posthumously in 2013.

The first two parts (the ones that I’ve been reading) can be summarized in one word: awesome. The storytelling reminded me of that of Michael Holzach, only in a slightly different way. Where Holzach’s style seems raw and intense, Fermor is more knowledgeable and refined.

At first, the writing might seem a bit lengthy (the books span several hundreds of pages), but it’s hardly ever a slow read. This might be due to the fact that this is the work of two writers: Fermor the young and Fermor the old. We follow a young man on his walk through Europe right before World War II, we get to share in his experiences and observations, and yet there is always his older self to give some historical insight and perspective.

Fermor’s feat of walking through Europe is impressive. His storytelling is awesome, his writing style is, too (albeit a bit convoluted at times). There’s an abundance of info.

If you want to read a perfect travel book, read this one.