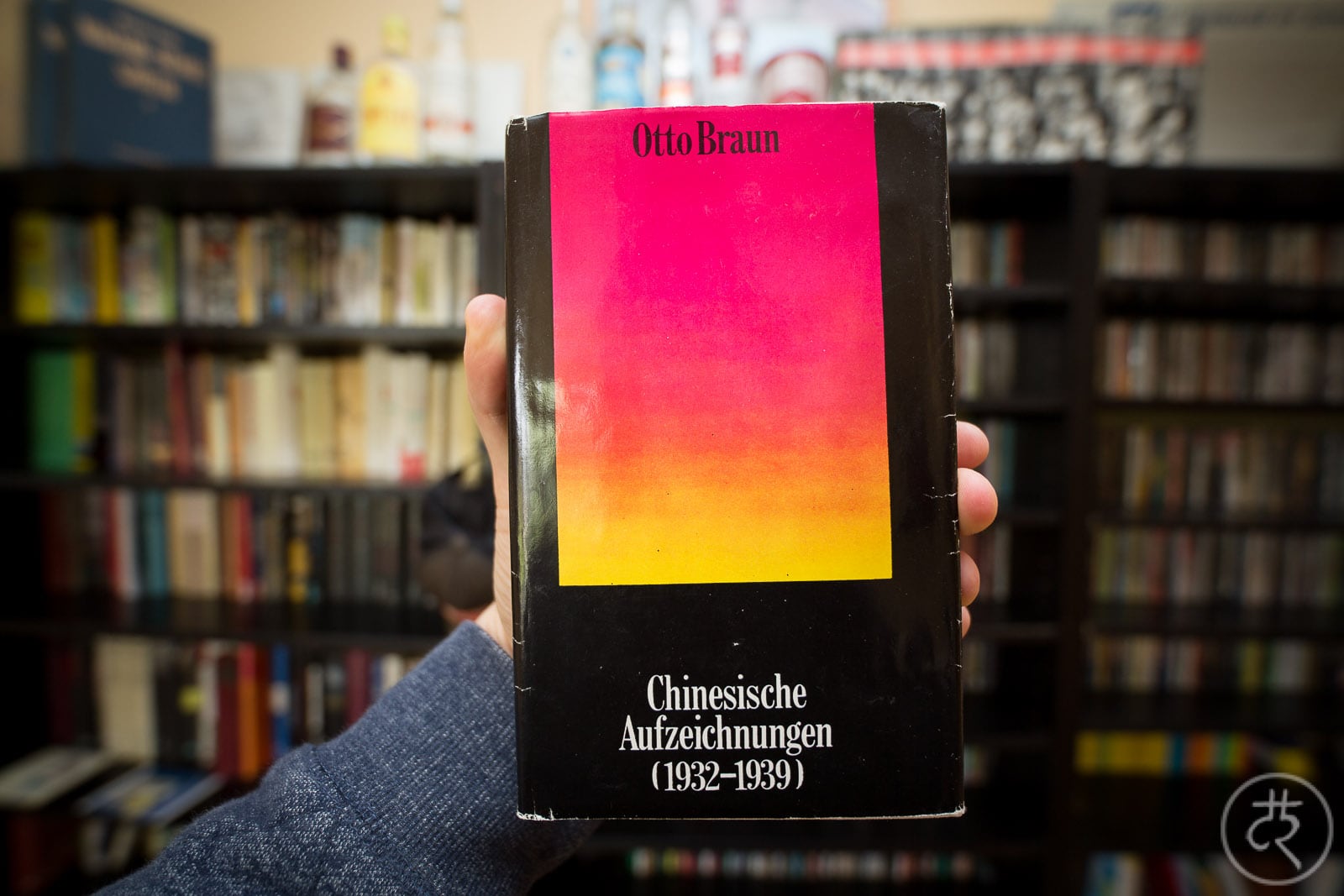 the other “Long March”

The story: in 1932, German communist operative Otto Braun gets dispatched from Moscow to China. He is supposed to help the Chinese communists establish themselves politically and militarily. Braun adopts the Chinese name Li De (李德), goes to Shanghai, and later moves to the communist base in Jiangxi to meet up with Bo Gu, Zhou Enlai, Mao Zedong and the rest.

After a series of military defeats at the hands of the Nationalist forces, the communist commanders under the advice of Braun decide to move their troops further west. This is in 1934, and thus the “Long March” starts. It will take three major armies (4th, 2nd, and 1st) on a one-year trek that ends up in the Northern part of the country, in Shaanxi.

Otto Braun – all about details

This book is obviously not a travel book. It is, at its essence, an account of the political and military dimensions of the “Long March” (thus about the time from October 1934 until October 1935). Braun supplies the reader with exhausting amounts of strategic details: about battles, supplies, troop movements, meetings, speeches, and so on. He tries to make it more understandable by adding colored maps to the book. But for the most part, it’s still a rather dry read.

There is no point in digging through this book unless you are interested in either the strategic side of the “Long March”, or in its ideological aspects. Don’t forget this book was published in East Germany in 1973, when relations between the People’s Republic of China and the USSR had taken a bad turn (and Nixon had just visited Beijing). This means that Braun never fails to give his own interpretation of things, contradicting the official Maoist interpretation of history.

He says it quite clearly:

“I intended these notes as a weapon that’s supposed to help unmask the maoist distorters of history and serve in the political and ideological fight against Maoism.”

There you have it. Braun is out to add his own opinion to the official Chinese interpretation of the “Long March”. He paints a picture of Mao Zedong not so much as an accomplished military strategist, but as a ruthless schemer who excels at dominating conflicts within his own party.

This book can be pretty boring. But the different ideological interpretations make it interesting at times.

Braun’s feat of completing the “Long March” with the Chinese communists is incredible (especially given the amount of infighting under Mao). His storytelling and writing style are both not that good. The info he provides has some historical value, though.

If you’re into the history of the “Long March”, read this.