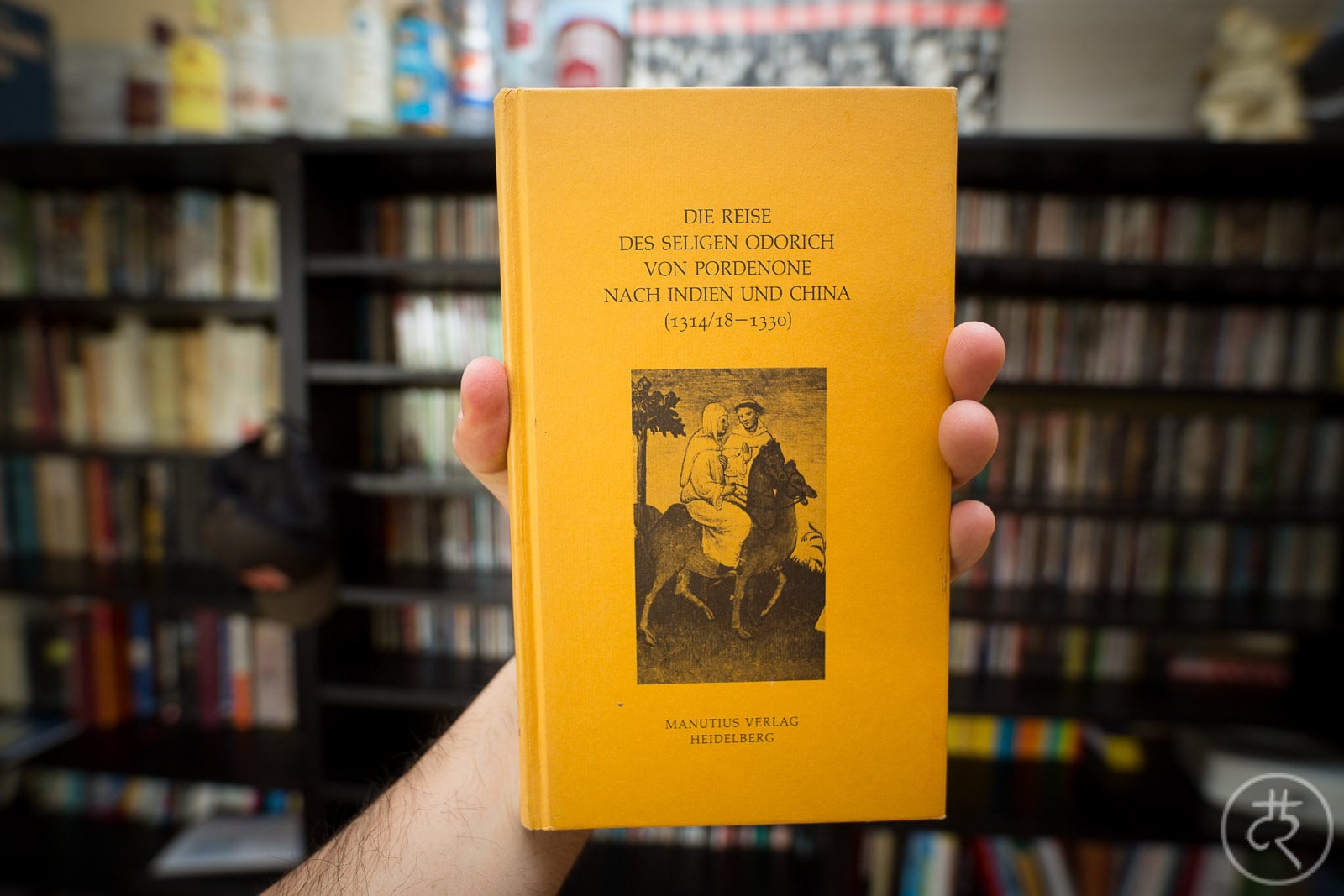 The story: in the early 14th century, Odoric of Pordenone, a Franciscan monk from Italy is being sent on a mission to proselytize the people of Asia. His journey lasts almost fifteen years, covering the Middle East, Central Asia, India, Southeast Asia and China.

The book is tiny (a little over 100 pages) but it’s very interesting nonetheless. Much like Marco Polo, Jehan de Mandeville, Ibn Battuda or Johann Schiltberger, Pordenone doesn’t tell his story in a strictly chronological way, nor does he care about a plot.

Instead, he provides us with episodes and details that he finds interesting, even if some of them probably belong to the world of medieval mystery.

Odoric of Pordenone, the curious traveler

But he is a good observer, and when he talks about the Chinese tradition of binding women’s feet, or about the wealthy people’s habit of growing long fingernails in order to show off their wealth, he is showing a sense of curiosity that makes his writing feel fresh, even after all these centuries.

Pordenone’s feat of traveling through much of the known world is respectable. His storytelling is what it is – not much there in terms of a story. His writing style is okayish. But the observations and insights he shares are very valuable.

If you’re into medieval travel writing, into the Silk Roads, or into China, and you want a book that is a bit less long than most others, why give this one a try.

Also read: Giovanni da Pian del Carpine, for an account of a papal mission to the east a century earlier.