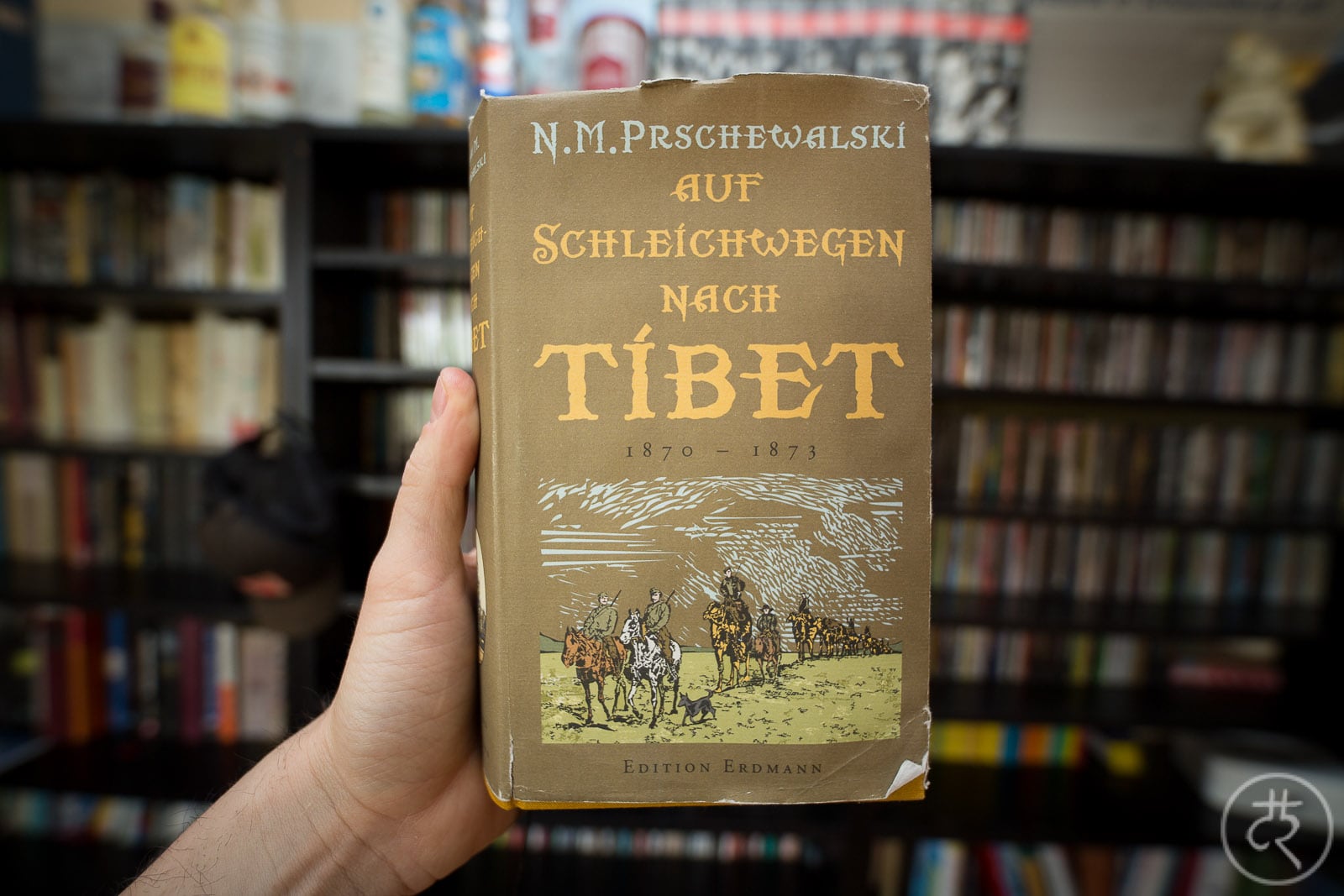 The story: in 1870s, at a time when Imperial Russia is rapidly expanding into Central Asia, geologist Nikolai Mikhaylovich Przhevalsky gladly accepts a mission from the government: to explore and map the Mongolian and Tibetan regions of China.

He rallies a few fellow campaigners, gets a caravan equipped and applies for passports from the Imperial Court in Beijing. Then he embarks on his trek to the shores of the mystic Kuku Nor, also known as Qinghai Lake. He never makes it all the way to Lhasa, but his three-year journey yields good results and leads to the discovery of several previously unknown species.

The book in and of itself is quite interesting and filled with camel-back adventures. There’s a problem though: Przhevalsky is an epic racist. And I mean epic. He somehow manages to spoil most of his adventure stories with hateful remarks about the people he encounters in Asia.

One could argue that this was a common way of thinking at the time, but Przhevalsky really stands out. The comments he makes aren’t just condescending, they are spiteful. One of the most ridiculous parts is when he makes fun of the Chinese who are having trouble mastering the Russian language – while he himself, Przhevalsky, the great explorer and hater of nations, can’t speak a word of Chinese.

So, is this a terrible book? No, not at its essence. While the racial hatred is very ugly, it doesn’t seem to be an integral part of the story (unlike Shirley MacLaine’s esoteric rantings in her book, for example). Przhevalsky’s personal brand of racism rather just shines through the cracks, whether you want to see it or not.

Still, it’s annoying. Here we have a potentially awesome book that has been ruined, just like an otherwise tasty stew can be spoiled by adding one bad ingredient.

Przhevalsky’s feat of leading a caravan through Western China and Tibet is pretty cool. But then it’s a full-sized caravan. The stories he tells are gripping, his writing style is okayish, and the info he gives about the places he travels through is often a bit dry or condescending.

If you’re into Xinjiang and Tibet, if you have an interest in the history of exploration during the time of the Great Game, and if you can deal with a hefty dose of racism, then this is a book you might want to check out.

Also read: Albert von Le Coq, for a much better account of exploration at the turn of the 20th century.