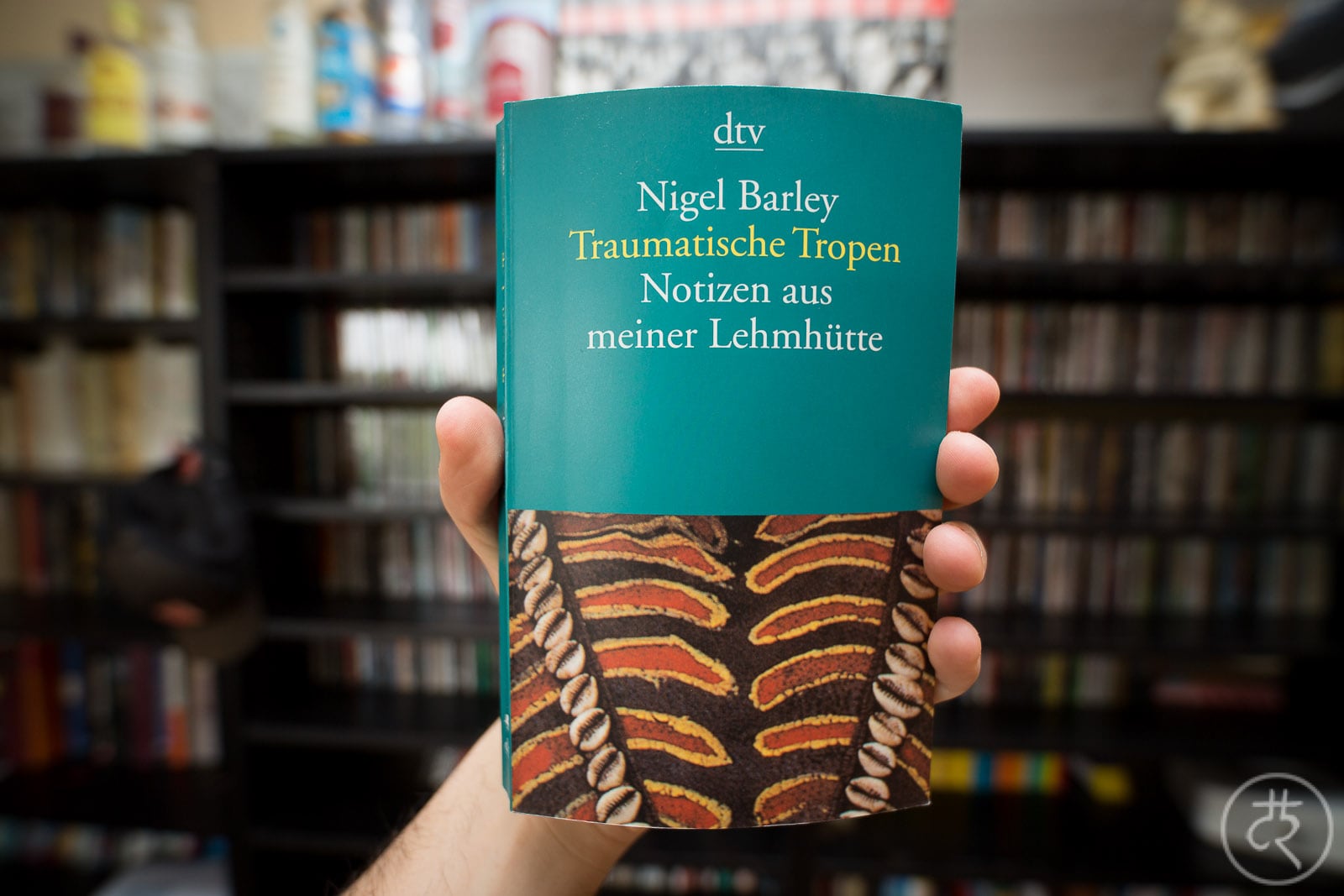 The story: in the early 1980s, British ethnologist Nigel Barley decides to do some long-term field research in a small village in the north of Cameroon. This might sound simple, but in fact it takes him two years to just get there, mainly because the bureaucratic obstacles are simply too overwhelming.

And when he finally makes it to his far-away place of research, he has to find out that many things are surprisingly different from the way he expected them to be.

The resulting book is hilarious. Barley writes about his life in Africa in a fresh and trenchant way, and more often than not, he is honest enough to make a fool of himself. In fact, his style reminded me of that of Peter Fleming.

Being English seems as much a pose as being Dowayo. You find yourself discussing the things that seem important to your friends with the same detached seriousness that you used to discuss witchcraft with your villagers. The result of this lack of fit is a brooding sense of insecurity only heightened by the vast numbers of rushing white people you meet everywhere.

Unfortunately, Barley also inherited some of Fleming’s flaws: more often than not, he seems to keep a bird’s view on his topic, creating a sense of distance between himself and his environment. This didn’t make it less funny, but it made me feel a bit alienated from the story and its narrator.

Barley’s feat of living in a Cameroonian village for two years isn’t bad. His storytelling is good, his writing style is better, and his observations are interesting.

If you’re into anthropology or into Central Africa, or if you just want to read something hilarious, then this book is for you.