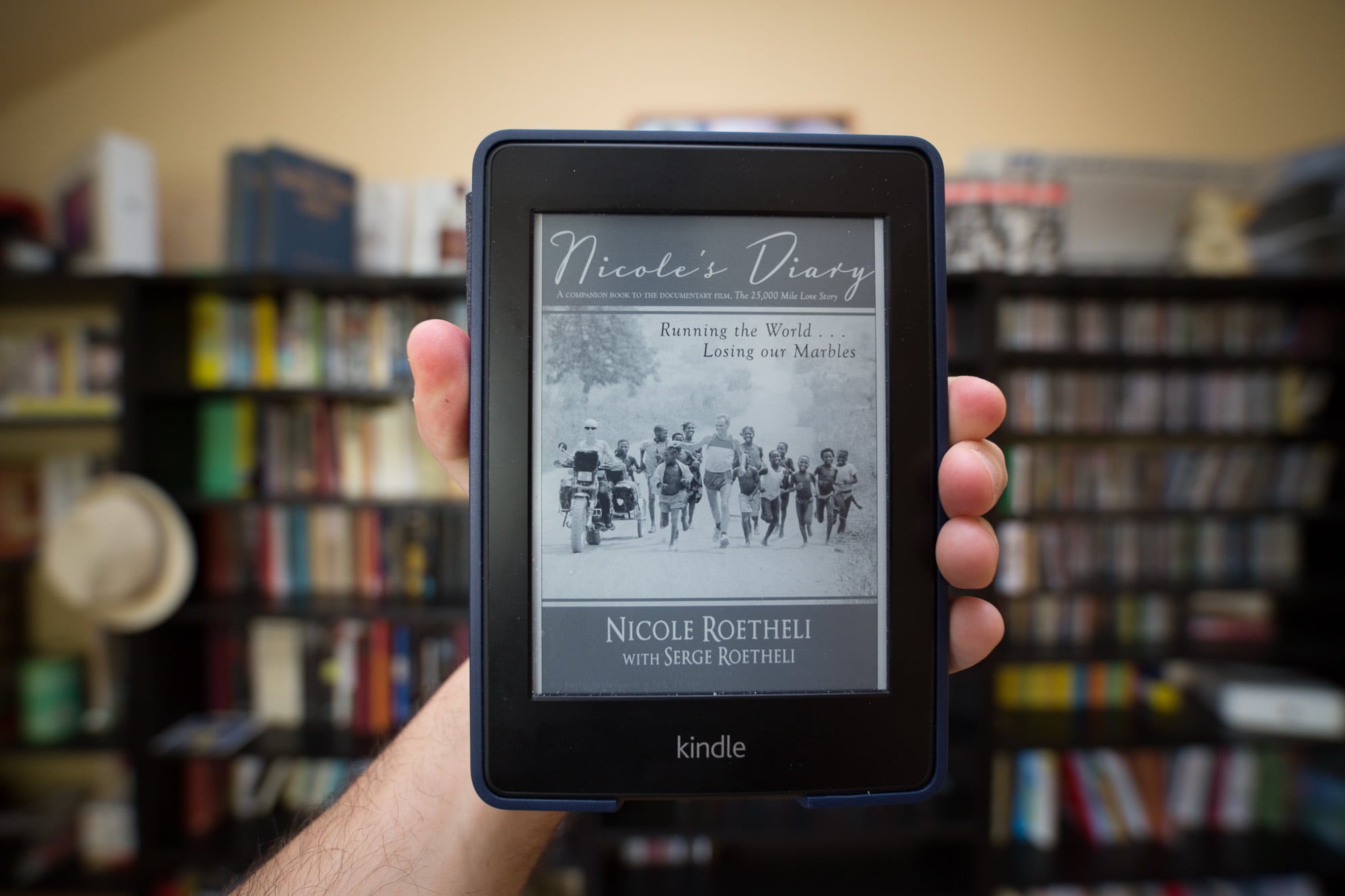 [note: I must have been reading an English translation]

The story: remember Serge Roetheli, the guy who fabulously ran around the world and wrote a book about it? Well, Nicole Roetheli is his wife, and she kept him company on her motorcycle during the trip.

This is the book she wrote, which is supposed to tell the story from her perspective. Obviously, we are reminded of Ella Maillart and Peter Fleming, both of whom were very good writers.

It’s interesting to read Roetheli’s story after her husband’s account, mainly because some of the wordings in both books seem to be identical. And while you’re pondering the question of who copied from whom, you realize that Roetheli’s writing reads like the less polished one.

In fact, it is more like a diary than anything else: the chapters are held together not by a consistent storyline or even a storytelling voice, but by the timeframe of the trip: Roetheli tells us what happened from day to day, month to month, country to country.

This doesn’t make it more enjoyable. But it makes it seem rather fresh.

I’m not sure what to make of this book. I feel sympathetic to both the runner and his wife, but I like to read books that have a storyline and a unique voice.

Comparing this to Ella Maillart and Peter Fleming just makes it worse: Maillart and Fleming also went on a trip together, and the books they wrote about it turned out very different, yet both of them managed to tell an interesting story.

But this one, just like Serge Roetheli’s book, is choppy. Sure there are plenty of words in it. But they don’t tell a story.

Roetheli’s feat of riding her motorcycle around the world is pretty cool. Her storytelling isn’t that good, but I enjoyed some of the rawness of her writing style. There isn’t much in terms of observations or insights worth considering in this book.

If you are a diehard fan of endurance sports, read this.

Also read: Patrick Leigh Fermor, for some good travel literature that has nothing to do with this.