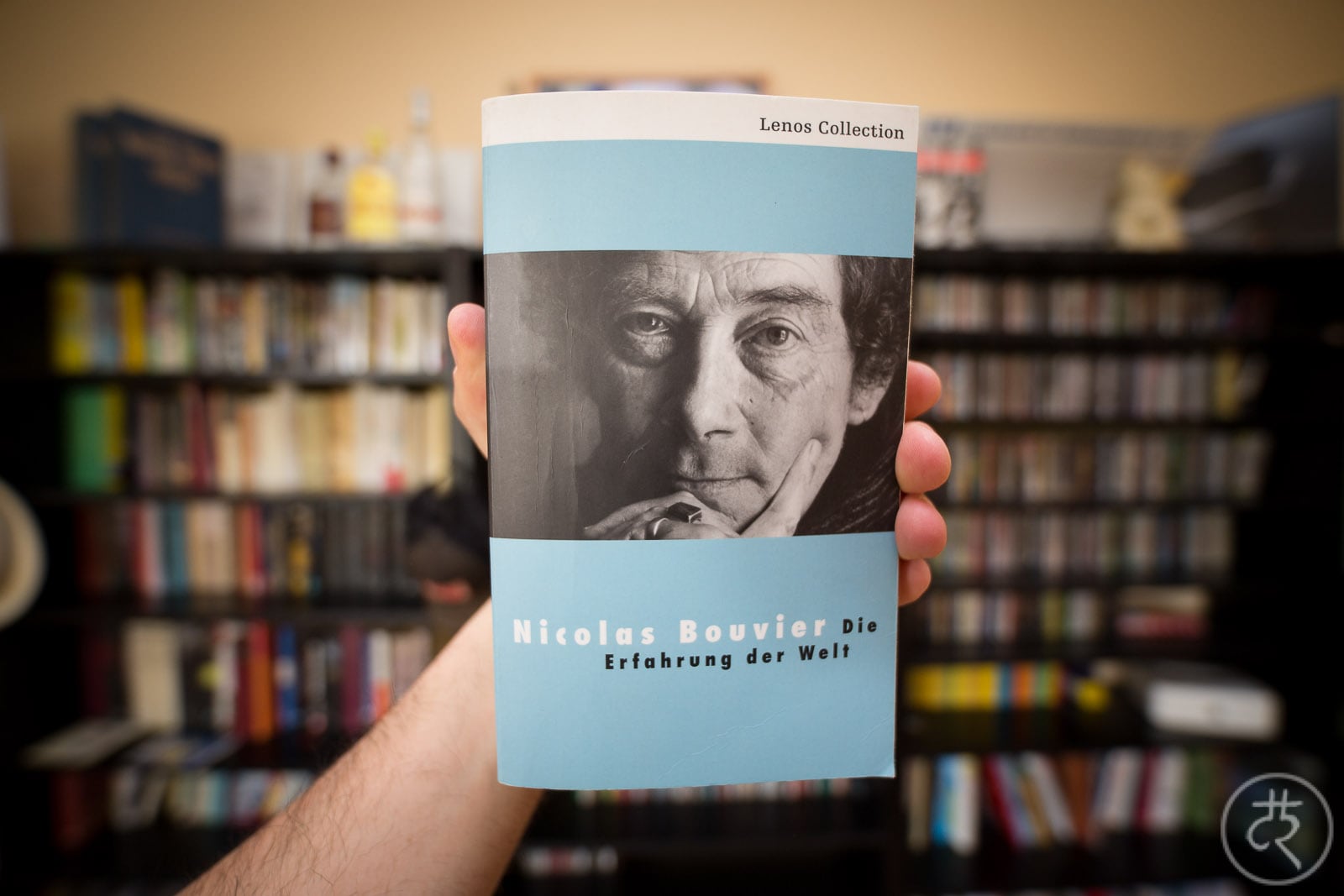 The story: in 1953, Swiss law student Nicolas Bouvier and his friend, the painter Thierry Vernet, decide to go on a road trip to Afghanistan. Driving a small Fiat, they make their way through Yugoslavia and Turkey. After hanging out in Iran for a while they continue on to Pakistan, eventually arriving at their destination after some complications with their car and with Vernet’s marital situation.

Some positive things first: Bouvier’s travel story is interesting in and of itself, not so much because of its perceived “adventure” factor, but because it can be read as a prototype of the so-called hippie trail of the mid-1950s to the 1970s, where mostly young people from Western Europe, Australia, and North America would travel from Europe to South Asia on a budget.

And Bouvier tells his story well. He shows some humor here and there, and he shares quite a few interesting insights when he is talking about the people he meets along the way. The most remarkable thing is that from a stylistic standpoint (even though I’ve been reading a translation), his writing is almost breathtakingly beautiful. Sometimes it reminded of a poem.

did Nicolas Bouvier polish too much?

However, there was a certain sense of alienation that I couldn’t quite get past. While I enjoyed Bouvier’s writing, sometimes it just felt too polished, almost artificial. It seemed as though he was omniscient but not really present, as if he had done his traveling without getting himself involved all that much.

Had Bouvier’s writing been more personal, it could have been similar to that of Patrick Leigh Fermor. But it wasn’t.

Bouvier’s feat of taking a road trip to Afghanistan at the time is okayish. His storytelling is awesome, his writing style is excellent, and the insights and observations he shares are great as well.

If you’re into the hippie trail, or you just want to read some beautifully polished travel writing, then give this one a chance.

Also read: Charles Bukowski, for some prose that is raw.