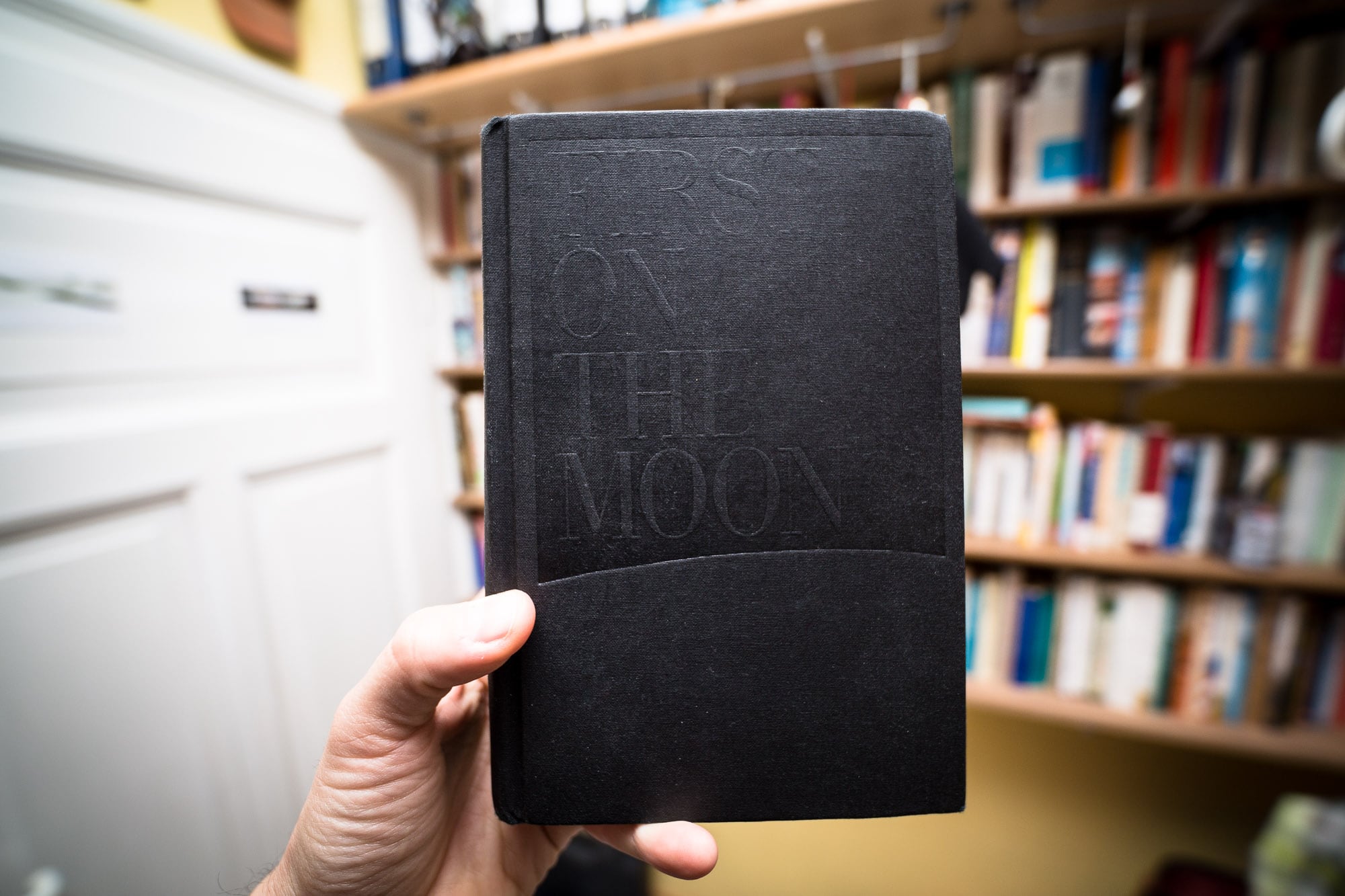 gemstones in the dust

The story: this book chronicles the NASA project that put three men on the moon on July 20th, 1969. It’s made up of interviews, background information, historical texts, citations, and photos.

And maybe this is why, right when you pick it up, the question of its authorship arises. Sure, the book itself might list Neil Armstrong, Michael Collins, and Buzz Aldrin as its “authors”, but in reality it was compiled and written by two journalists: Gene Farmer and Dora Jane Hamblin.

But I, preferring simplicity, chose to go with Neil Armstrong as the author anyway.

There’s no way to sugarcoat this: this book is tough to read. Not only because it’s big and fat (around 500 pages), but because the writers tend to lose themselves in details:

And since I don’t care about the engineerings of space flight, it’s also pretty boring sometimes. Or rather: insanely boring. As I slowly, ever so slowly, made my way through its pages, I repeatedly found myself wondering whether I should just put the book away and read something else entirely. It was as dry as dust.

But not all of it.

There are some precious gems hidden in the dust. As you’re reading through page after page of boring details, you might suddenly stumble upon something that is just so extraordinary that it makes everything else seem worthwhile.

Like the part where Armstrong wonders about the appropriate words to say in the moment when he’s supposed to set foot upon the moon. Or when the crew are wondering about the fact that the moon seems to “smell like wet ashes”. Or when they say that astronauts make a point of never saying goodbye before they leave for a mission. I found many parts like these that were truly fascinating

But there are two more things.

This book chronicles one of the longest and most dangerous journeys that any human has ever taken. But there is something even more astonishing than the feat itself: the excellence and the humility of the people that made it possible.

Imagine three of the most highly qualified men in the world preparing to go to the moon and carve their names into the history books. And yet there is an equally qualified backup crew waiting in stand-by, just in case anything should go wrong.

And of the three men that eventually end up going to the moon, only two can land there, while the third has to wait for them in the space ship above, knowing full well that he will never set foot upon the moon himself.

There are so many egos to potentially feel hurt, yet they all seem to somehow work together. I found it astonishing to read.

And then there is the historical perspective: the book has an afterword by sci-fi writer Arthur E. Clarke, and even though I usually don’t enjoy reading forewords or afterwords or thank you notes, I still recommend reading this particular one.

For one thing, Clarke seems to be a much better writer than the authors who compiled the rest of the book. But what really makes it worthwhile is the enthusiasm with which Clarke paints our future in the Space Age. By the early 2000s, he says with a considerable amount of conviction, we will go to the moon regularly, as if it was no big deal.

Overall, this is a book that needs to be stripped of all its boring parts – maybe two thirds or even three quarters of its content. The rest is great, though.

Armstrong’s feat of going to the moon is epic. The storytelling isn’t so good, and the writing style is even worse. There is an abundance of information, but you have to dig a little bit to find the useful bits.

If you’re into space exploration (and the engineerings of it) this book might be just right for you.

Also read: Christopher Columbus, for an account of exploration from another age.