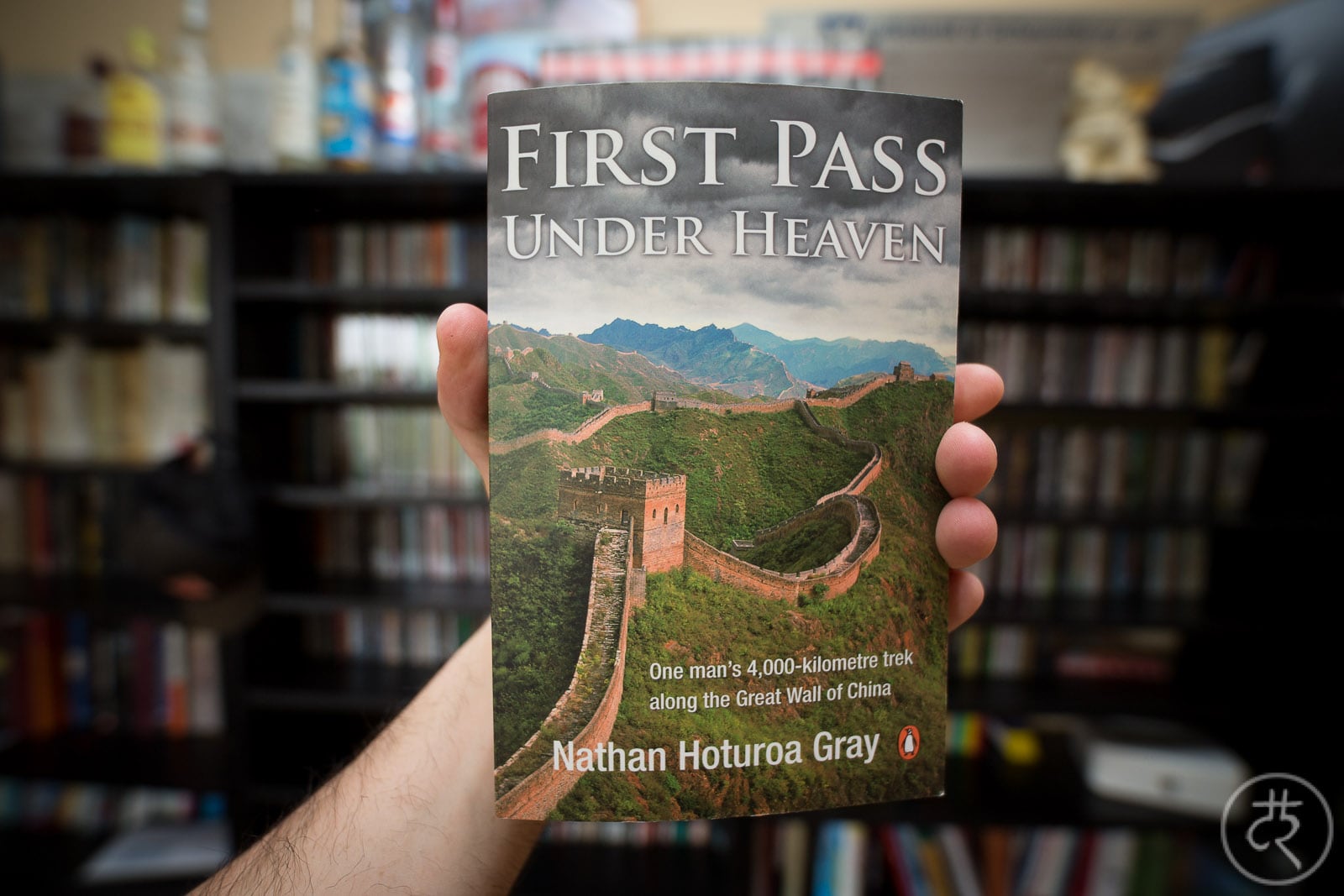 a fan of dung

The story: in the early 2000s, Nathan Huturoa Gray from New Zealand, along with four other men, decides to walk the entire length of the the Great Wall. Their objective is to become the first foreigners to do so. This is about 15 years after William Lindesay and almost a century after William Edgar Geil, but okay.

Gray and the others start walking at Jiayuguan and make their way east. They get separated. Some keep walking, others don’t.

adventures on The Wall

The adventure in and of itself is pretty solid. The travelers mostly stay with families in the countryside (whom they seem to approach like solicitors). Gray witnesses a homicide, gets arrested by the military, returns to New Zealand, travels to India, and finds a female travel companion. He eventually finishes the journey two years after he started.

Nathan Hoturoa Gray is wrong on so many levels

Sadly, the resulting book is terrible. It’s not even that Gray’s writing is bad – apart from some unfortunate rhyming poetry it’s actually mostly okay. The problem is that he’s just so annoyingly wrong about almost everything.

There’s his patronizing attitude towards the Chinese:

“Our presence, however, seems to have the opposite effect on the Chinese, in particular the way they wistfully look upon our modern backpacks, cameras and watches. As they say in science, you can’t measure something without altering it. I only hope our Western presence won’t transform them too much, especially towards a hoarding mindset or one that is fearful of losing one’s material accumulations.”

“It has been hellishly lonely walking those last three days into Zhangjiakou, paranoid that I will be overpowered by villagers.”

And then there’s his esoteric blabla:

“…a gigantic Buddha statue. It is sitting in the lotus position, etched out of a mountain rock. I approach the structure as a strong gust of wind blows into my face. Suddenly, I feel an unseen presence leap into my body. ‘Ohhhh…fuck,’ I moan, shaking my body, violently trying to rid myself of the possession.”

At some point in the book it all makes sense, though. It’s somewhere near the end of the journey, when Gray tells us what he’s been carrying in his backpack all this time:

“I wake up, shocked, and pick up The Pilgrimage, a book by Paolo Coelho, which accompanies me on my road.”

Yes, shocked. Yes, Paolo Coelho. Not a bad way to put it.

Gray’s feat of walking the length of the Great Wall is awesome. His storytelling sucks, while is writing style isn’t that bad (would have been better without the rhyming poems, though). The insights and observations he provides are mostly baloney.

If you’re a die-hard fan of the Great Wall (and you’ve read everything else there is about it), or if you’re into Coelho-style esoterics, then you might want to read this.

Also read: William Lindesay, for a much better account of running the length of the Great Wall.