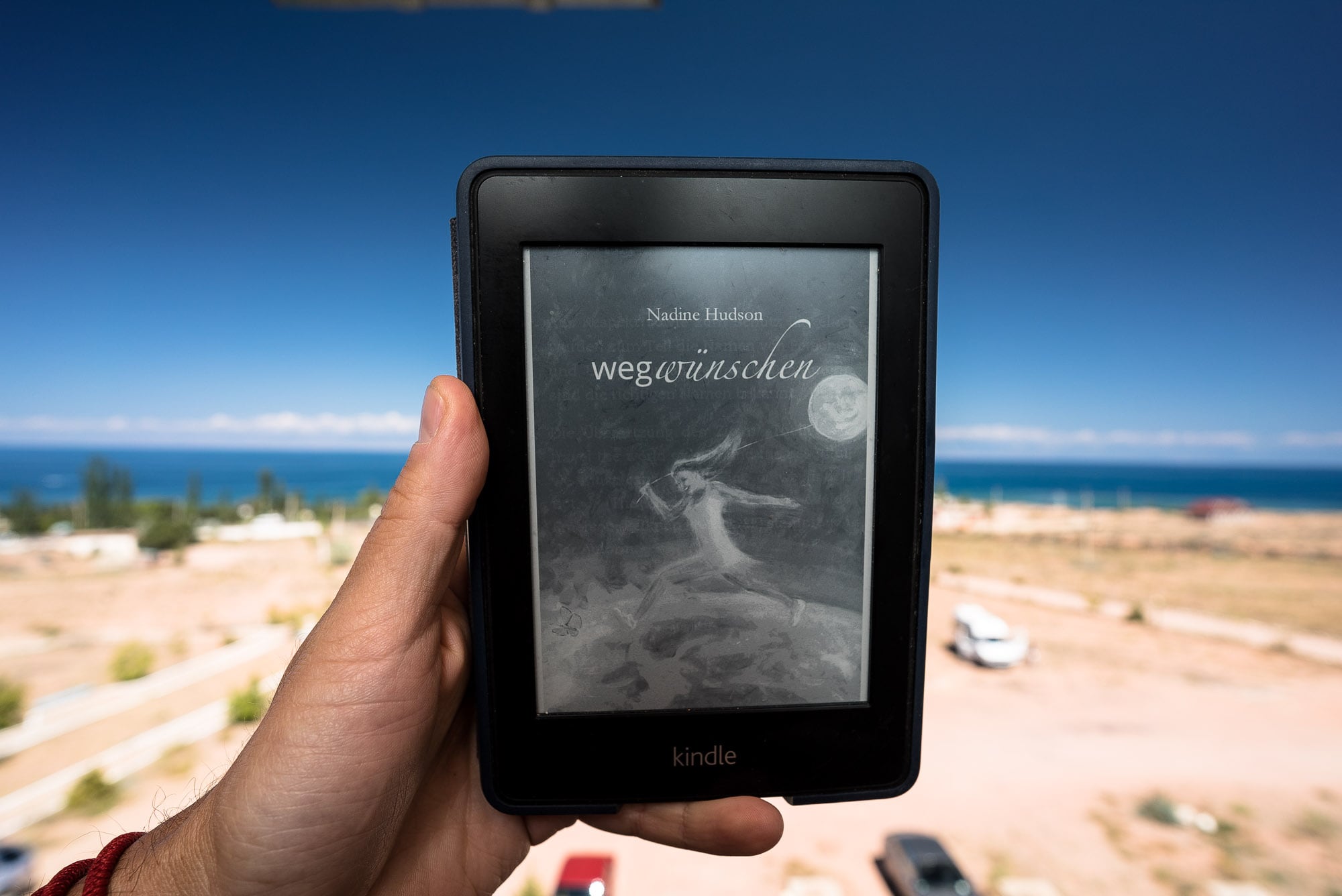 too much too little

The story: in the early 1990s, Nadine Hudson from Switzerland is struggling with mental health issues, most notably an eating disorder. She decides to embark on a backpacking trip through Asia.

She travels on her own for a while, then she runs into a British traveler, marries him, and they continue to go on several journeys together. They do mostly Southeast Asia and South Asia, though they spend some time in Europe as well, and then they travel to Africa.

They get two kids. They travel some more. Eventually they end up running a hotel in South China. They travel through North America a bit. Then they return home.

too much going on

There’s a lot to be said about this book, and not all of it is good. I’ll start off with something positive: it has one of the best openings ever. It’s a chapter about Hudson’s struggle with her eating disorder right before her decision to go on her first journey. It is disgusting. It is brutal. It’s brilliant.

But then the confusion set in.

The main problem is that there is simply too much going on here. Hudson’s travels (and later: her family’s travels) make up the main story. But besides that, there is also Hudson’s struggle with her mental health, which is especially prominent in the first half of the book.

But that’s not all: the travelogue is regularly interspersed with chapters from a different timeline, chapters that deal with the dying of Hudson’s stepfather.

All of this is interesting, but it needs culling.

It almost seems as though Hudson planned to write only one book ever and therefore figured she had to put everything in this one book. As a result, more was lost than was gained. For instance, I would have liked to read more about the mental health issues (they were the strongest parts in my opinion), but after the strong opening chapter, Hudson never allowed them the room they might have deserved.

The second problem is probably inherent in the nature of Hudson’s travels. She goes on many individual journeys to different places, and this is reflected in the book. It often reads like a collection of stand-alone episodes.

Many of these stories are interesting, but it would have been good to find a way to bind them more strongly together. For instance, a terrifying sexual assault happens in one chapter, yet it is never mentioned again.

It is worth noting, though, that everything changes during the last third of the book, when Hudson and her family are taking care of a hotel in South China. In this part, the individual episodes blend together pretty well, and there is even some room for suspense and the development of outside characters.

I think this is because the time frame is finally a bit more generous, giving Hudson some room to properly write her story. I wish the rest of the book had been more like this.

the problem with final thoughts

There is one final flaw: Hudson likes to put things in perspective. Something happens, say, an unplanned trip to a waterfall, but when the episode is over, Hudson doesn’t just leave it at that. Instead, she gives us her opinion, a moral of the story if you will. Something along the lines of: “Sometimes it can rewarding to make a spontaneous change of plans!”

I don’t think this is necessary at all.

Hudson’s feat of traveling around the world in and of itself is okayish, but taking her kids through some of the more remote places in the world is impressive. Her storytelling needs work, while her writing style can be good at times. The observations and insights she provides are okayish.

If you want to read about a woman traveling with her family, this might be what you’ve been looking for.

Also read: Andreas Altman, for another perspective on Southeast Asia.