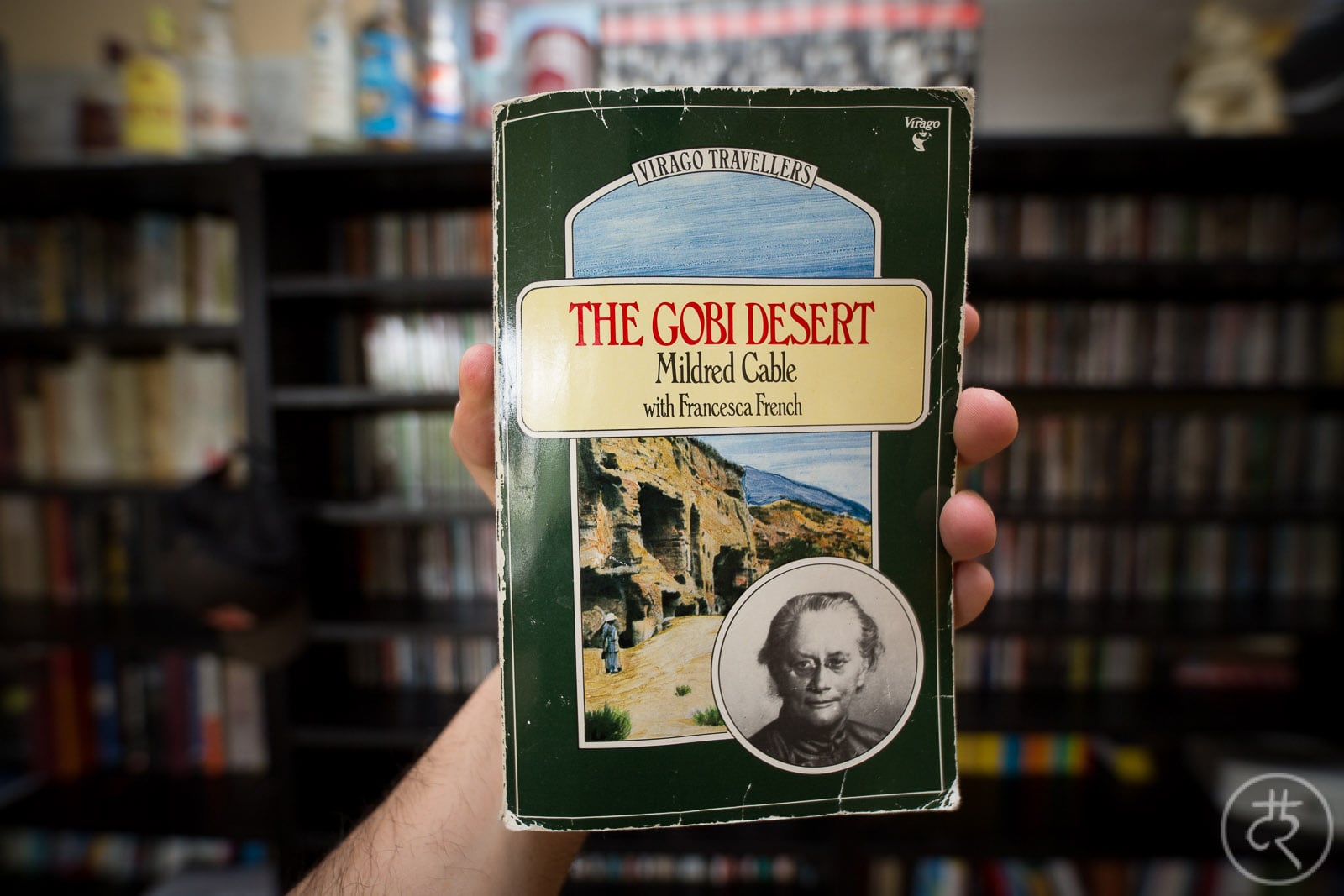 The story: in the early 1900s, British Protestant Missionary Mildred Cable and her two colleagues, British sisters Evangeline and Francesca French, are working for the China Inland Mission in Shanxi. In 1926, they decide to take it upon themselves to spread the gospel in the Western territories of Gansu and Xinjiang.

They undertake several journeys by carriage, crossing the Gobi Desert a few times, talking to people from all walks of life, and they eventually write a book and publish it under Cables’s name.

Three things are special about this book.

Mildred Cable’s love for the desert

I don’t know if they have harbored these feelings before the start of their journey, or if they developed them as they went along, but there is at least one paragraph that I found particularly moving. It is about the nostalgia they feel after their return to Britain:

“I… long for a place that seems so near and is yet so far away. Sick with longing I walk among the crowds while my spirit flees to the quiet which is found by the hidden lake among the dunes.”

One minor problem with this book is that it lacks a coherent story line. This can be attributed to the fact that it isn’t about one single journey, but about five individual trips, but I would have liked an overarching story nonetheless.

Add the fact that the writing seems a bit unhurried at times, and you can see why I think that this is not one of the easiest reads around.

Cable’s and her friends’ feat of traversing the Gobi Desert several times (in a carriage, not with a caravan, during times of unrest) is pretty awesome. Her storytelling is okay. Her writing style is too slow for my taste. Her observations are good, though.

If you’re interested in (Western) China before the onset of World War II, or if you’re a fan of the desert in general, then this book is for you.

Also read: Richard Wilhelm, for a missionary’s account from a few decades earlier.