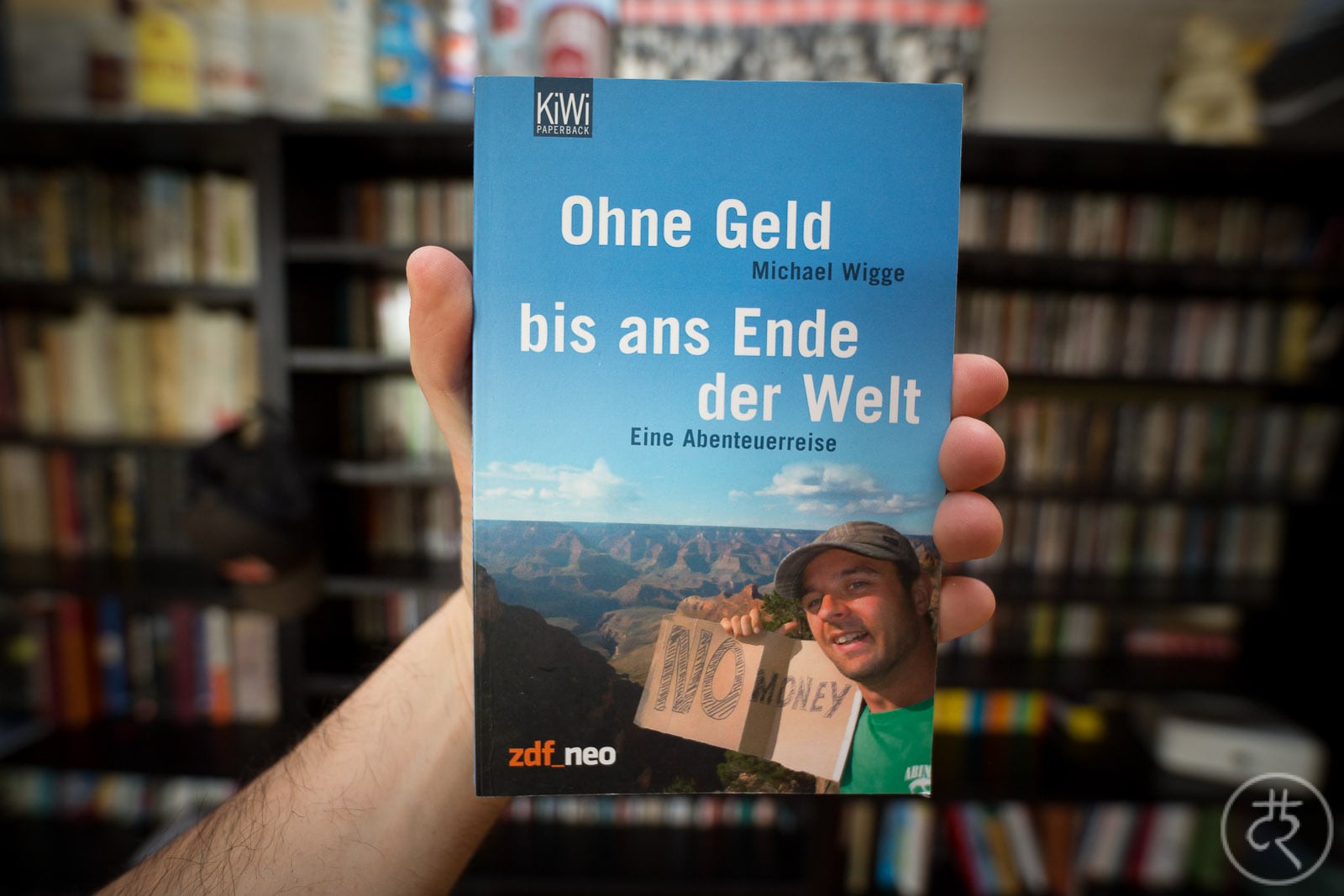 The story: in the mid-2000s, Michael Wigge, a young German TV-host, wants to go to Antarctica without spending any money. He sets out from Germany, gets a free ride on a ship from Belgium to Canada, and from there slowly makes his way south. On the way, he has to come up with various schemes to get transportation, food, and accommodation.

The resulting book is a slim, humorous, and easy read. Sadly, I found it rather trivial and, more often than not, just plain boring. Maybe this is due to the fact that there don’t seem to be any vivid characters in Wigge’s writing. Sometimes it’s almost as if other people around him didn’t really exist at all.

Come to think of it, I think this book reminded me of reality TV: everything has to be super fun and entertaining all the time, characters are like cardboard cutouts, and it all feels a bit forced and scripted.

At one point, Wigge cites Michael Holzach as his inspiration, which makes me wonder: doesn’t he see how, compared to Holzach, his own writing is utterly lacking in intensity? There is no inner conflict here, there are no real characters, and there is no personal growth. It’s all just mild fun

Wigge’s feat of traveling to Antarctica without spending any money might seem pretty impressive at first, but in hindsight it’s meh. His storytelling isn’t so bad. His writing style is okayish. There’s not much in terms of observations or insights.

If you are looking for an easy read, I guess you could consider giving this a try.