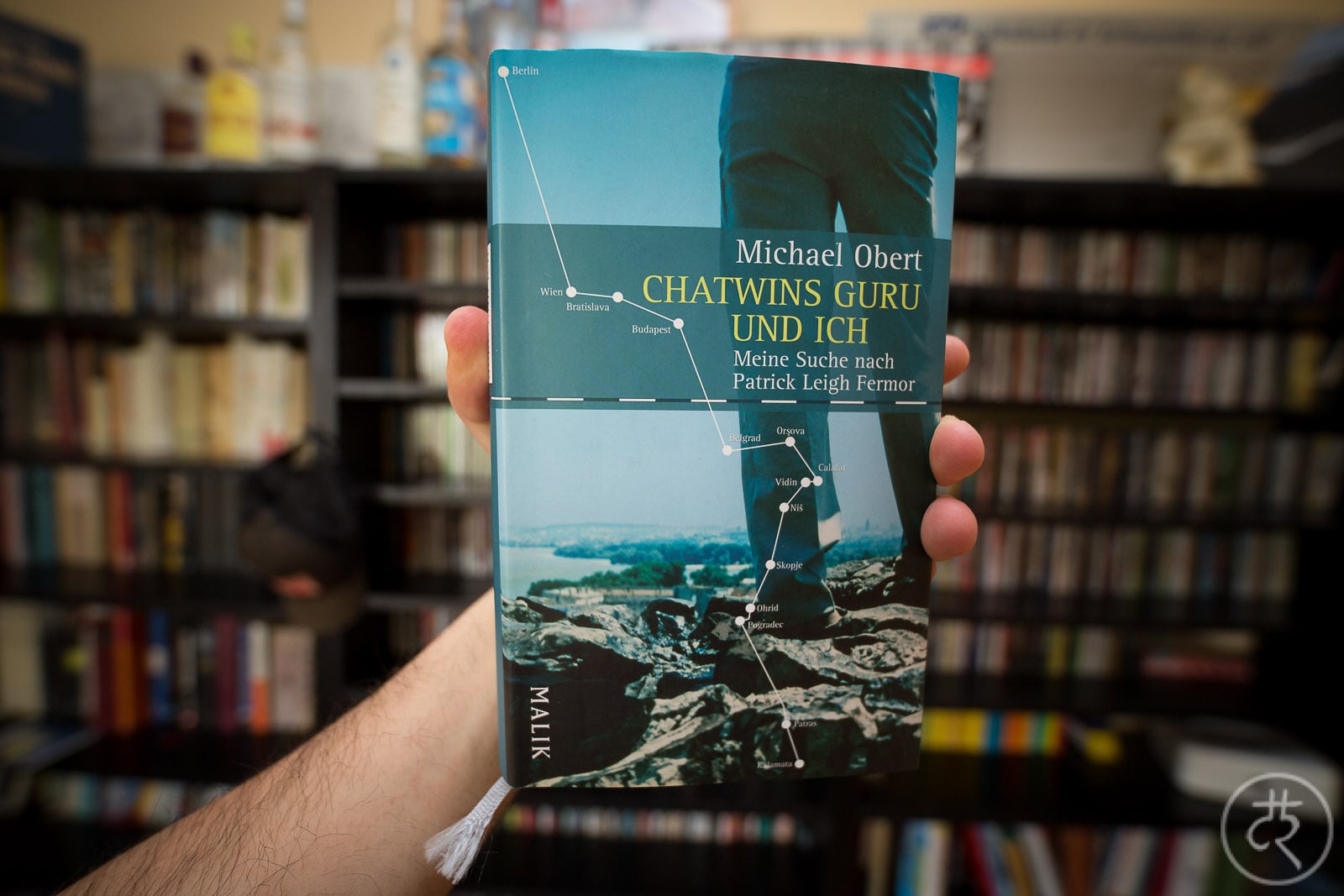 [note: I’ve been reading the German original, which has since been rebranded as Balkanbeat]

The story: in the mid 2000s, Michael Olbert is a huge fan of Bruce Chatwin, who in turn was a huge fan (and a personal friend) of Patrick Leigh Fermor. Olbert is looking for guidance, but since Chatwin has long died, he decides to trace Fermor’s footsteps through Europe.

And while the Fermor famously completed his journey through Europe on foot, Olbert decides to rely on public transportation in order to find him.

good for the most part

The book is good – at least for the most part. The writing is well-paced, the descriptions are vivid, and the story is fun to read. Olbert succeeds in weaving in some other stories, some about Chatwin, some about Fermor, and a few about his own previous experiences. He also adds some historical information, and it all comes together in a pretty nice way.

when Michael Olbert’s weirdness show up

The part which ruined it for me is when Olbert decides to come up with some sort of supernatural blind man who shows up at important junctions, says some meaningful things and turns out to be identical with the Fermor that Olbert has been looking for all along. Get it? I didn’t. As you can probably tell from my reviews of Paulo Coelho and Shirley MacLaine, I am not a big fan of esoteric stuff.

The feat of traveling overland to Greece isn’t much. The storytelling could have been good, but the esoterics ruined it for me. The writing style is actually pretty good, though. Some observations and insights are okay.

If you want to read a light and easy travel story, and you’re not afraid of esoterics, then you could give this one a try.