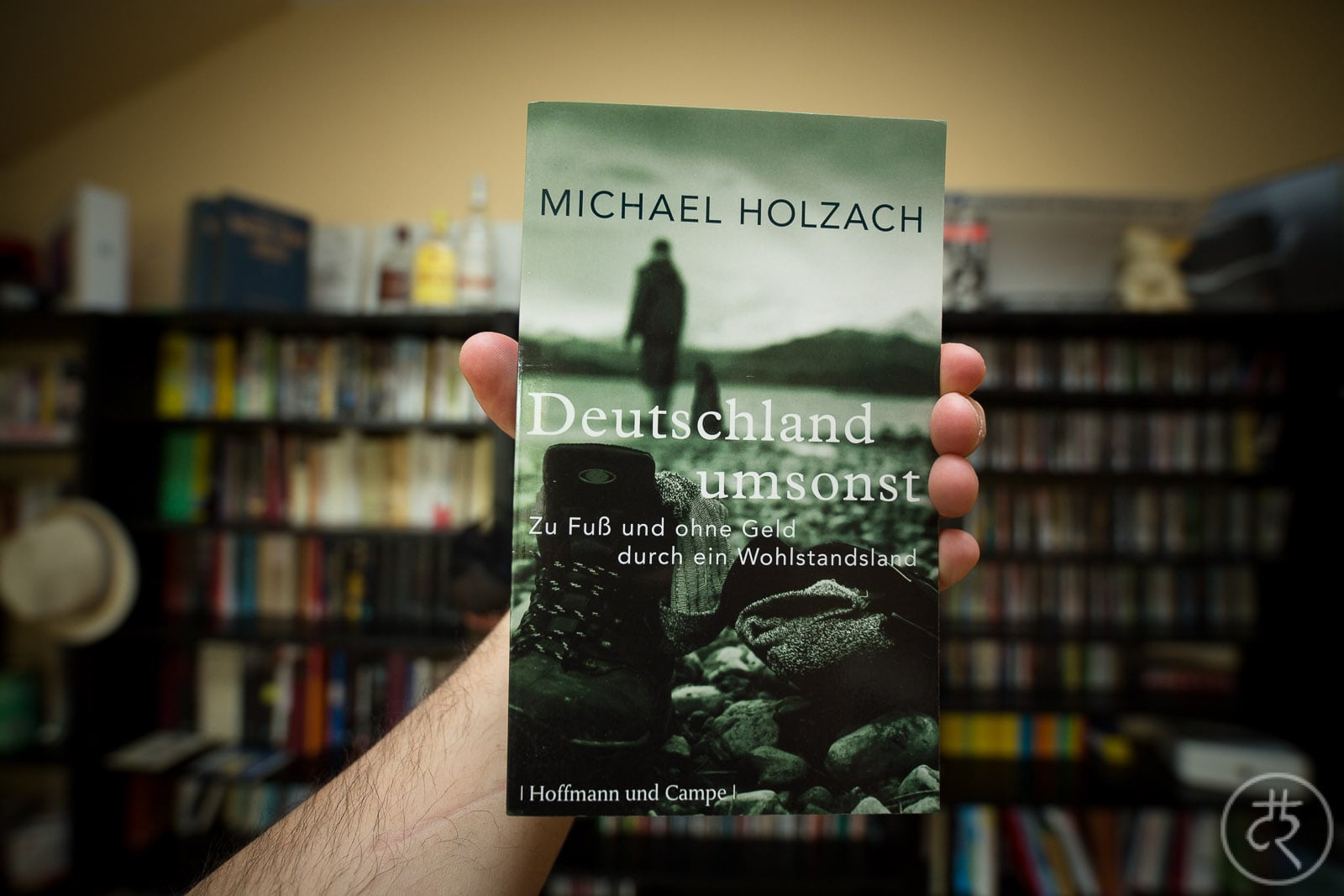 Bad news first: I don’t think there is an English translation of this book out there yet. Some of you will be missing out on one of the finest pieces of travel literature that has ever been published. This alone would be reason enough to learn German. This and Johann Gottfried Seume.

The story: in 1980, 33-year-old German journalist Michael Holzach leaves the comfort of his Hamburg apartment and embarks on an epic journey. He is going to walk through Germany without a penny to his name.

There are too many things that are awesome about this book: the truthfulness of the stories about the people Holzach encounters on the way, the beautiful and precise language (which might be a tad too journalistic for some), the insights he offers about ecological and social problems, the physical feat of walking almost two thousand kilometers without any money…

But what I liked MOST about this story, the reason why this is one of the best travel books ever, is the fact that Holzach is free of pretentiousness. Instead of polishing over his self-doubts, his faults and his weaknesses, he leaves them there for us to see, making them part of the journey. I takes a bold and gifted author to be able to write a story like that.

I translated a short segment that I felt was particularly touching:

“Just yesterday my apartment was full of people, all of them good friends who wanted to dine with me on the occasion of my departure. (…) We were sitting on the floor, around a bed sheet decorated with flowers and candles, and we had mutton with macrobiotic vegetables and drank dry wine. Everyone got along great, only I felt abandoned. In the bathroom, I couldn’t even really cry, despite all of my self-pity; but once everybody had gone home in the morning, I ran all across the bed sheet and kicked the dishes and the salad bowl against the wall.”

Unfortunately, Michael Holzach is not with us anymore. He died in 1983 when he was trying to rescue his dog, who had fallen into a river. It was the same dog that had accompanied him on his walk three years earlier. Holzach leaped into the water and died, while his dog made it out alive. Tragic.

Holzach’s feat of walking through Germany without any money is epic. His story is brilliantly crafted, and his writing style is close to perfect. He weaves in a lot of information about Germany in the early 1980s.

If you want to read a perfect travel book, read this.