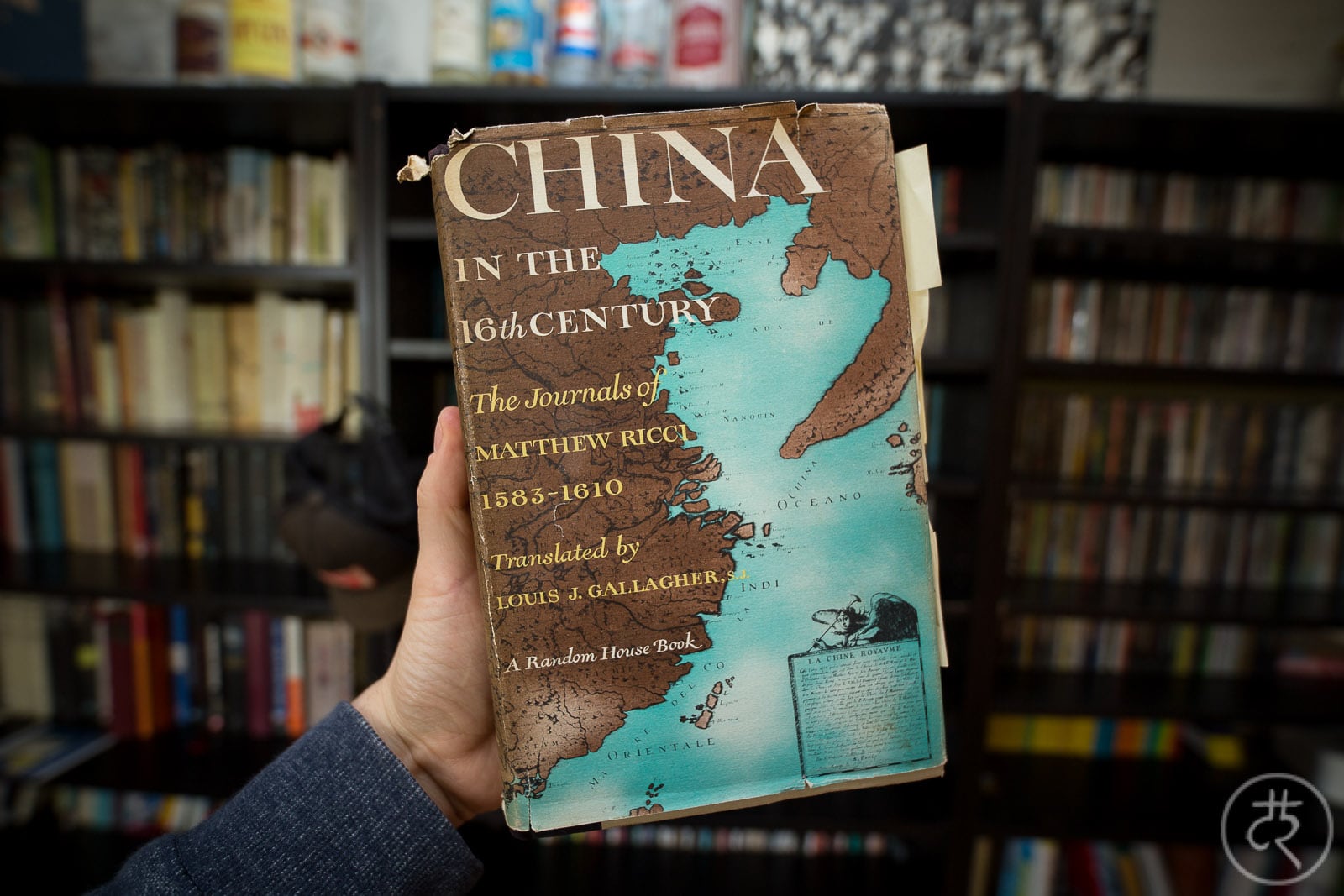 The story: in 1582, Italian Jesuit Matteo Ricci arrives at the Portuguese outpost of Macao. His mission is to carry Christianity into China. Ricci is among the first foreigners to seriously study Chinese, and he masters it well.

Over the course of the next few years, he breaches into the southern province of Guangdong, negotiating with officials and establishing missionary dwellings in several places. Then he makes his way north to the old capital of Nanjing, and finally, after almost two decades, he manages to reach the heart of the Chinese empire – Beijing.

He resides there until his death, spending his days proselytizing and conversing with intellectuals, writing books, and never losing hope to meet the Emperor himself. This never happens, though. When Ricci eventually dies in Beijing in 1610, imperial decree assigns him a burial place in a former temple outside of the western city wall, a great honor for the missionary, but also an elegant way to keep him at a distance from the Forbidden City.

The book is very lengthy, very detailed and very awesome! There are too many interesting observations about China to be found here, and you are probably going to find yourself earmarking every other page.

I loved the part where the missionaries managed to prove that “Cathay” was in fact “China”, a problem that had been puzzling Europeans for quite a while at that point. And when Ricci talks about cities like Nanjing or Beijing, his affection for China makes these places come alive again in their former beauty.

And what’s more, he describes not only the missionaries’ negotiations with Chinese officials, but also their own attitudes towards these negotiations. We get to see all sorts of cultural misunderstandings unfold.

Ricci’s feat of arriving in China and spending more than three decades there at the end of the 16th century is amazing. His storytelling is good if only a bit scattered, and his writing style is okay. There is a bit of an overkill of places and names, though. The insights and observations he shares are absolutely astonishing.

If you’re into China, read this.