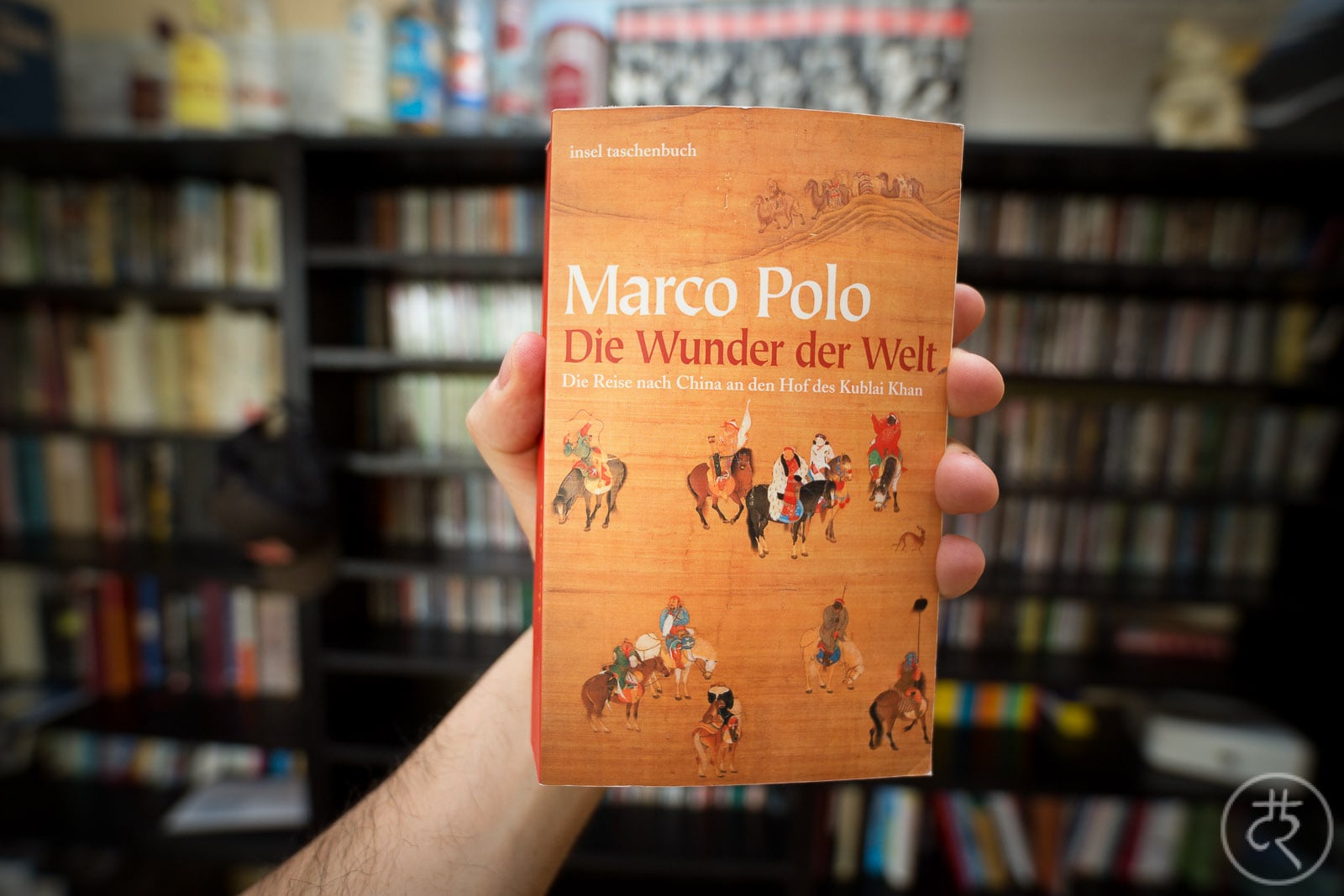 the ultimate travelogue is a bit slow

First things first: Marco Polo didn’t write this himself. He told his stories to a writer who shared a prison cell with him. Yes, a prison cell.

The story: in the 13th century, Marco Polo, a merchant’s son from Venice, accompanies his dad and his uncle on a decades-long trip to China and back. They travel on what will later be known as the Silk Road via Central Asia to China, stay there for a while, then return via ship.

Upon his return, Polo claims to have become famous and rich in China, earning him the nickname “the millionaire” in his hometown of Venice.

The resulting book is a slow read. The 400+ pages of my German edition are divided into 224 chapters, each dealing with a place or phenomenon. There is no storyline and no strict chronological order of events.

Polo (or the writer) tells us what he has either seen or heard about during his travels from East to West and back. Some parts consist of mere fable and hearsay, others seem fairly correct. Some are odd, others paint a vivid picture of the world at the time.

The so-called Marco-Polo-Bridge near Beijing is one of the places he describes accurately. Even if we assume that he only retells what other travelers have been telling him about it, and even though the structure itself has undergone substantial renovations over the last 8 centuries, still… the bridge that Marco Polo describes in chapter 58 is really there, and one can almost feel his presence in the pages (and on the bridge itself).

That being said, the book is still slow: I struggled with the outrageous folklore (like blue-colored people in Southwestern China), with the place names, and with some of the historical figures. Also, I felt a bit distant from Marco Polo himself, except for the parts where his humour shines through – like in chapter 106, when he tells us of an area where all young girls are promiscuous and says:

“That is a fine country for young men from sixteen to twenty-four to go to!”

Marco Polo’s feat of traveling to China in the 13th century is pretty awesome. His storytelling is all over the place – it’s actually close to nonexistent. His writing is slow. The historical moments and the humorous parts he describes are fun, though.

If you’re into old-style travel writing or into historical China, then be sure to give this one a try.

Also read: Ibn Battuta, for a look at the world just a few decades later.