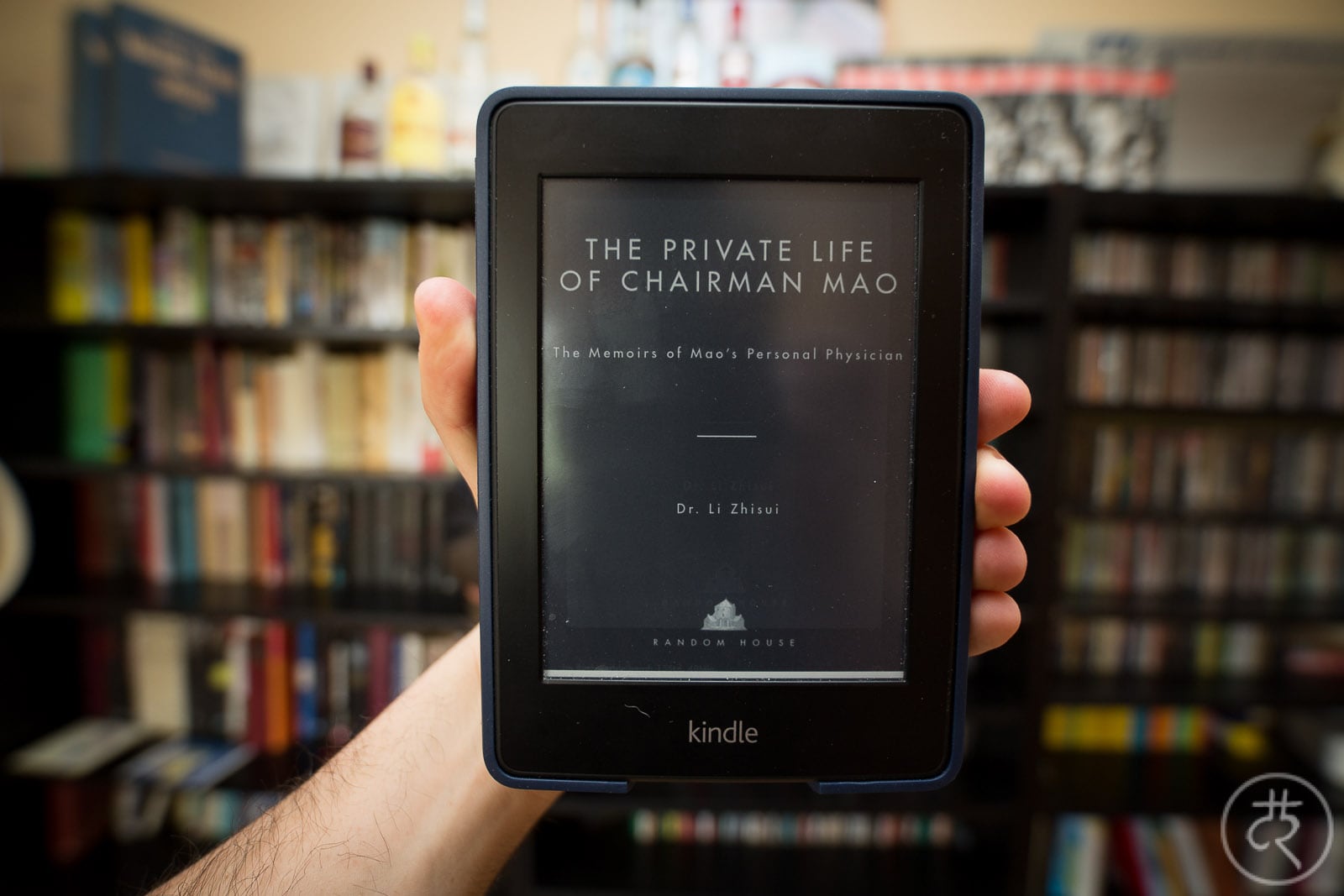 [Note: This is not a regular piece of travel literature. I figured I’d make some room for it on here anyway.]

The story: Some time in the 1950s, LZS gets a job in Beijing as Mao Zedong’s personal physician. Actually, it’s not so much about “getting” a job, but more like he’s being assigned a position whether he wants it or not. Over the course of the next two decades, LZS lives close to the Chairman, observes his political and personal struggles, survives different purges, goes swimming with the entourage and eventually manages to leave China after Mao’s death. This book is about a whole country’s journey to some perverted form of “socialism”, and it’s also about one man’s personal journey from love to disillusion.

Mao’s politics and his concubines

Obviously, Mao Zedong is at the center of this book, and as it is very critical of him, it has been banned in the People’s Republic of China. But that doesn’t make it Western sinology’s darling. Some people have pointed out that LZS doesn’t offer much original information when it comes to politics, that he focuses too much on Mao’s sexual affairs. And yes, both of these points seem valid. Most of the grand schemes behind the curtains of Zhongnanhai were already known before the publication of this book, and the number of Mao’s sexual partners really doesn’t say much about his dictatorship. Would it have made a difference had Mao Zedong been as sexually hypoactive as Adolf Hitler? I doubt it.

But there is something else here that is easily overlooked.

Let’s return to Adolf Hitler for a second. Germans have a tendency to view him as a brilliant mastermind, a sort of evil incarnate. This seems like a very acceptable form of criticism at first, until you realize that it’s actually more likely just an attempt to shed some of the people’s own responsibility by making Hitler appear like some kind of “super-villain”. What if the guy actually wasn’t that smart? And what if the people of Germany weren’t his victims, but actually only enabled his evil potential? I think it is important to try to see tyrants for what they are – human beings.

And this is exactly what LZS offers in this book. We get to understand some of his initial affection for the Communist Party and for its leader Mao Zedong. We also get some insight into Mao: his personal paranoia, which led to many of the political purges he initiated; his pre-20th century way of thinking, which made him almost completely unaware of the principles of economics and modern science; and his eccentric behavior, which led to many absurd situations within the inner circle of power and in the whole country as well.

Before reading this book, my idea of Mao was actually that of a “super-villain”. Why would anyone who is not completely evil first purge the intellectuals, then make millions die of hunger in the “Great Leap Forward” and then eventually force the country into an almost complete state of anarchy in the “Cultural Revolution”? Well, maybe we can find some of the answers in here. Mao is as paranoid as he is intellectually overchallenged, and at the same time he seems to be obsessed with his position in future history books. Still, he can be a likable guy if he wants to. We can see it in LZS’s writing: amidst all the terror and the disillusion, there is still a lingering feeling of sympathy for that fat man who stubbornly insists on going for a swim even though his complete entourage repeatedly tries to advise him against it.

Some people have accused this book of being “made up”, focusing mostly on LZS’s identity as a “defector”, and on the improbability of Mao’s sexual escapades. Well, I think these people are missing the point. LZS is already an old man when he decides to publish his memoirs (he died the year after), and it seems as though there is still some complicated residue of affection left for the Chairman he once served for so many years. As to Mao’s sex life – you can’t really prove it either way. And it doesn’t make that much of a difference.

This one was an interesting journey. A bit too long, maybe.