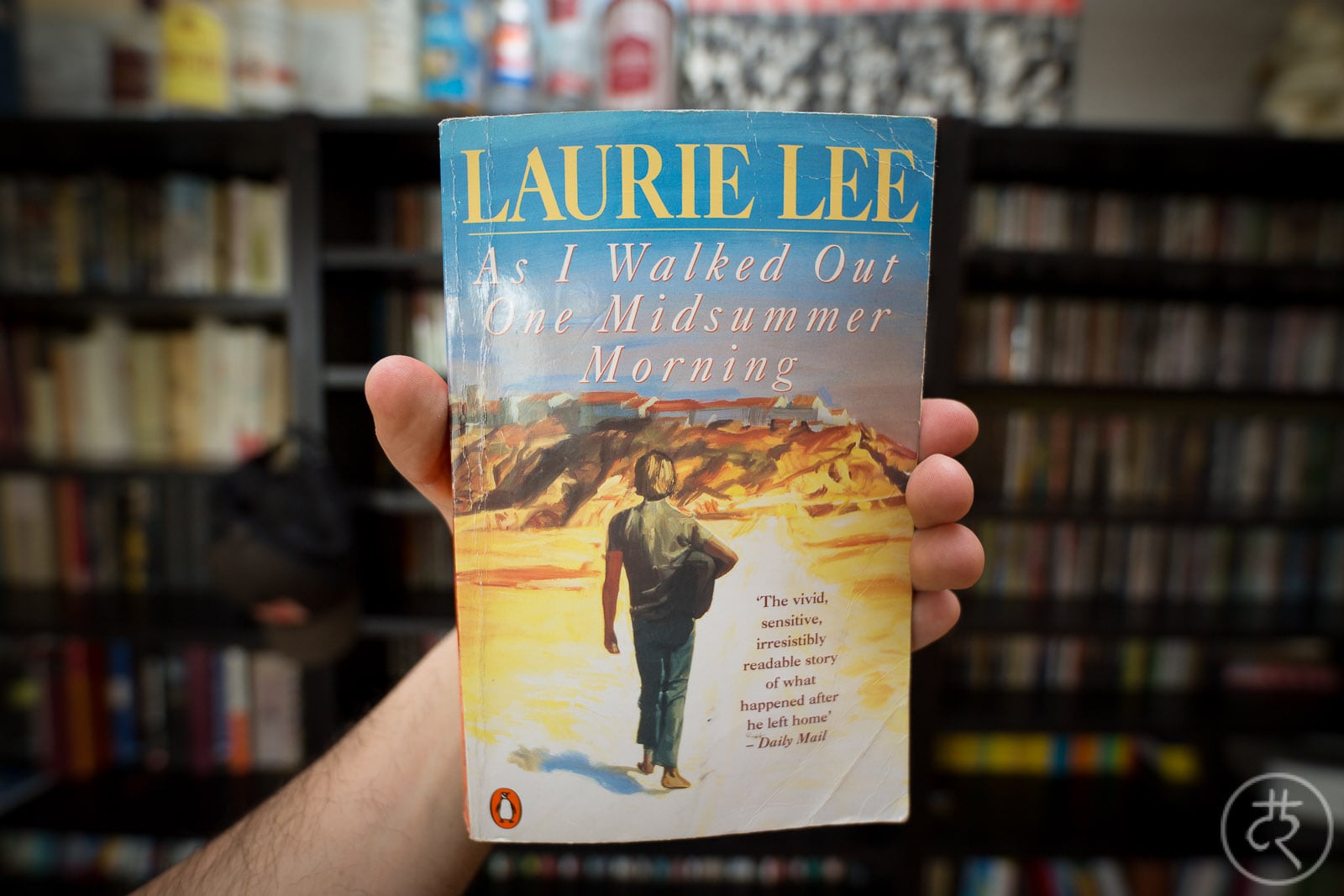 The story: in the early 1930s, Laurie Lee is a man of just about twenty who he steps out of his door in Southwest England and decides to walk to London. He stays there for a year, works in construction and meets a woman. After that, he decides to travel to Spain and walk around there for a while.

He mostly busks for a living. When the Spanish Civil War starts, he has to leave the country, but he eventually returns in 1937, by way of hiking through the Pyrenees.

The book is a mixed bag. Lee seems to be a rather honest travel writer. Not only does he write about walking around and staying here and there, but he also describes getting drunk and meeting women. Oh, and I found it interesting to see him getting involved with Spanish socialists right before the Civil War.

There were a few sentiments that I could deeply relate to, like this one:

“I felt once again the unease of arriving at night in an unknown city – that faint sour panic which seems to cling to a place until one has found oneself a bed.”

So far so good.

The problem is that Lee’s first love is apparently poetry, and so his writing style can be a bit ornate. He basically likes piling metaphor upon metaphor. Of course this doesn’t have to be a bad thing per se, but in this particular case it felt a bit forced sometimes, and it slowed down the storytelling quite a bit.

I found myself grateful that it wasn’t a big book.

Lee’s feat of walking around Spain on the advent of the Civil War is cool. His storytelling is good, his writing style is a bit too poetic. The insights and observations he shares are alright.

If you’re into Spain right before the Civil War, give this one a try.

Also read: Fritz Mühlenweg, for a travel account from another part of the world, a mere decade earlier.