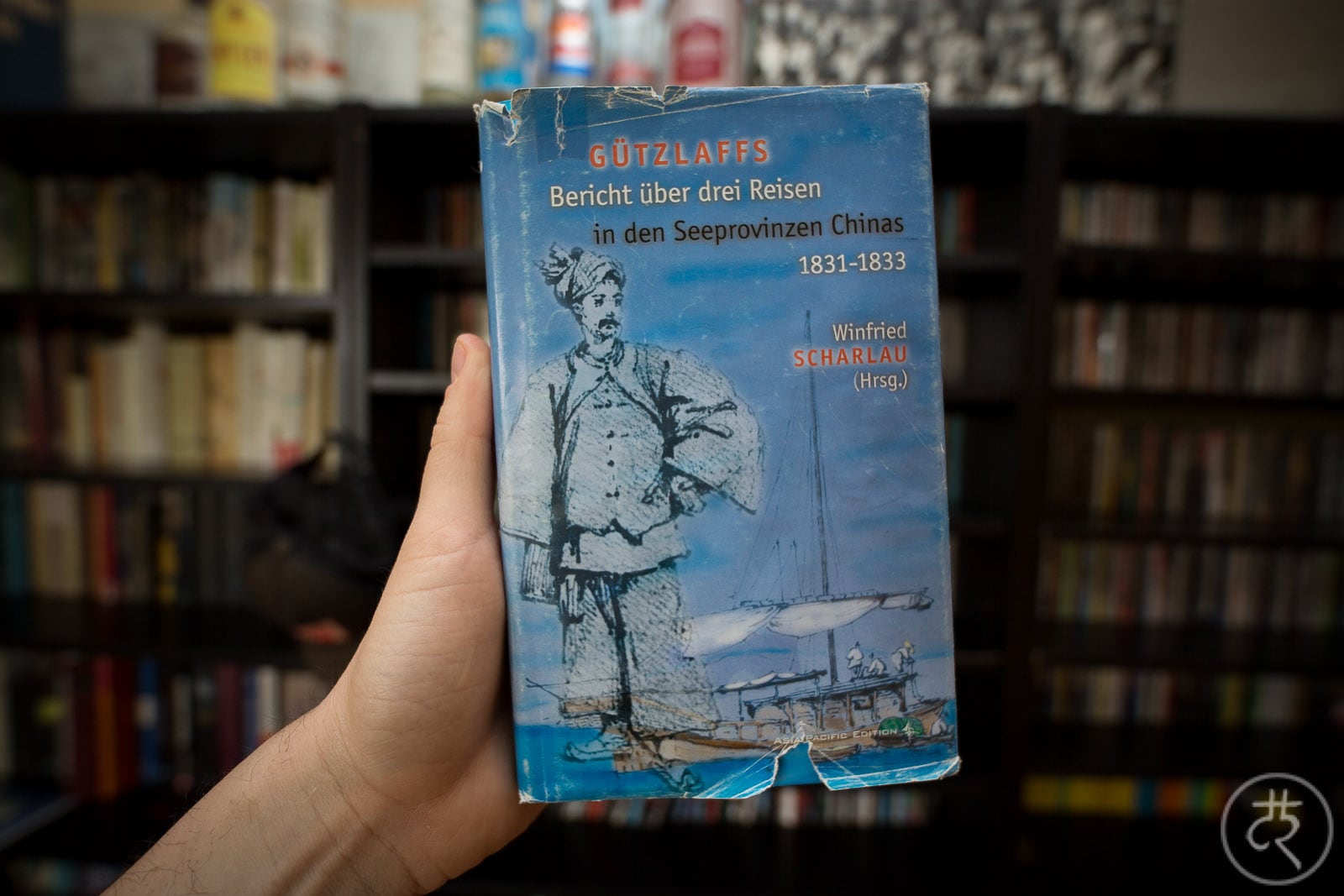 The story: in the early 1830s, just prior to the outbreak of the first Opium War between Great Britain and the Qing Empire, German lutheran missionary Karl Friedrich August Gützlaff boards a British ship and goes on a few trips around the shores of China.

His official mission is to spread his religious beliefs among the Chinese population. Some later accuse him of gathering intelligence for Britain.

The resulting book is an okay read. Gützlaff knows China and her culture very well, and he has pretty good observational skills. Some of his statements about the Chinese and their political representatives still hold true today.

“The Mandarins like to describe the ordinary people as stupid; but we were unable to find this feature in them. On the contrary, their questions showed more common sense and healthy curiosity than we were able to detect in most of the Mandarins.”

There were some parts I didn’t like, though: first and foremost there is Gützlaff’s tendency to go into long rants about religion. I mean, I get it, he’s a missionary, but still, this was a bit tiring to read.

Secondly, a lot of his observations seem to come from a military standpoint. This is only make sense if he’s indeed operating as a spy. And it’s also a bit boring.

Gützlaff’s feat of sailing up and down the Chinese shores on a British ship isn’t much. His storytelling is okayish, his writing style is, too. You will find, however, some observations and insight that have more than just historical relevance.

If you’re interested in the relations between China and Europe in the first half of the 19th century, and you don’t mind reading religious rants, then why not give this one a try.