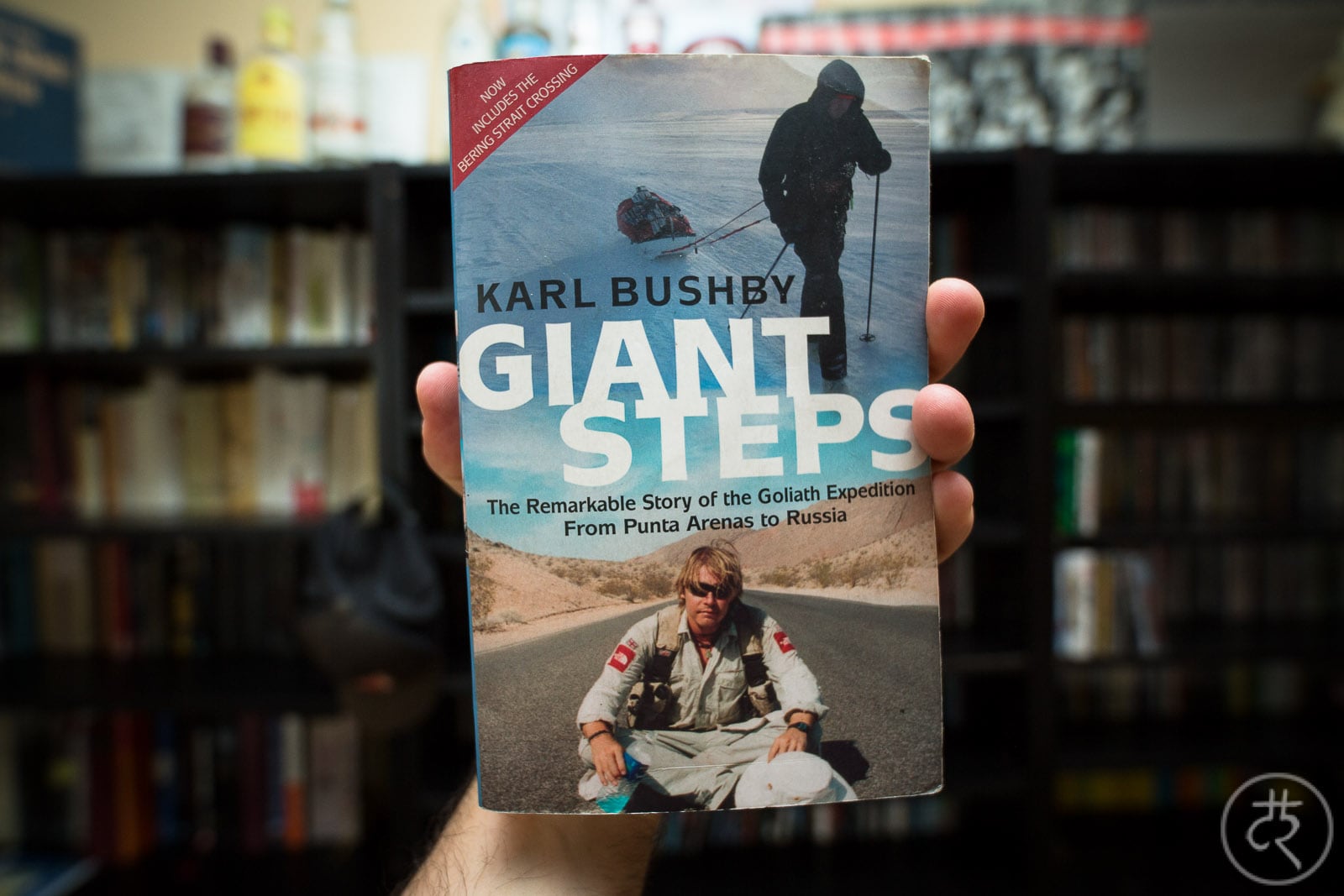 The story: in the late 1990s, Karl Bushby, a former paratrooper from Britain, sets out to do something extraordinary. He decides to walk all the way from Southern Chile to his home in Hull, England.

So he flies down to Patagonia, walks to Central America, swims through the Darién Gap, gets a trolley built, continues on to Alaska and does some more swimming and wading – this time through the Bering Strait. When he reaches the Russian shores, he gets arrested, temporarily putting his journey on hold.

a paratrooper and his weaknesses

Obviously, this guy is a tough cookie. But that’s not the reason why I liked this book. And it’s not because of the writing, either, which isn’t very good. It’s because of something else.

When Karl Bushby starts his journey in the south of Chile, he seems to have his mind set on his goal, and that’s it. His writing is quite raw at this point, and there appears to be not much room for self-doubts or for contemplation. This makes it a bit boring to read.

But as the journey advances, there appears to be some growth. Doubts start to develop. Not all of the hardships Bushby lives through are glorious, and he shares them with us quite honestly. There’s that time when he gets diarrhoea in the Central American jungle, for example. I have to salute him for writing about it.

But the thing that I liked best about this book might have been partly unintended. At some point during his journey, we watch Bushby fall hopelessly in love. This is where the adventure story about some semi-invincible walking machine turns into the self-portrait of a fragile person who falls victim to their ambitions.

When Bushby is struggling with his feelings, when he is frustrated by his temper, when all things seem to be against him, and when he is weak – that’s when this book is at its very best.

Bushby’s feat of walking in an unbroken line from Patagonia to Russia is gold. And even though his writing style is pretty bad, his storytelling is still great, or rather: the story he ends up telling is great. The insights and observations he shares are okayish.

If you’re into modern adventure stories, read this.