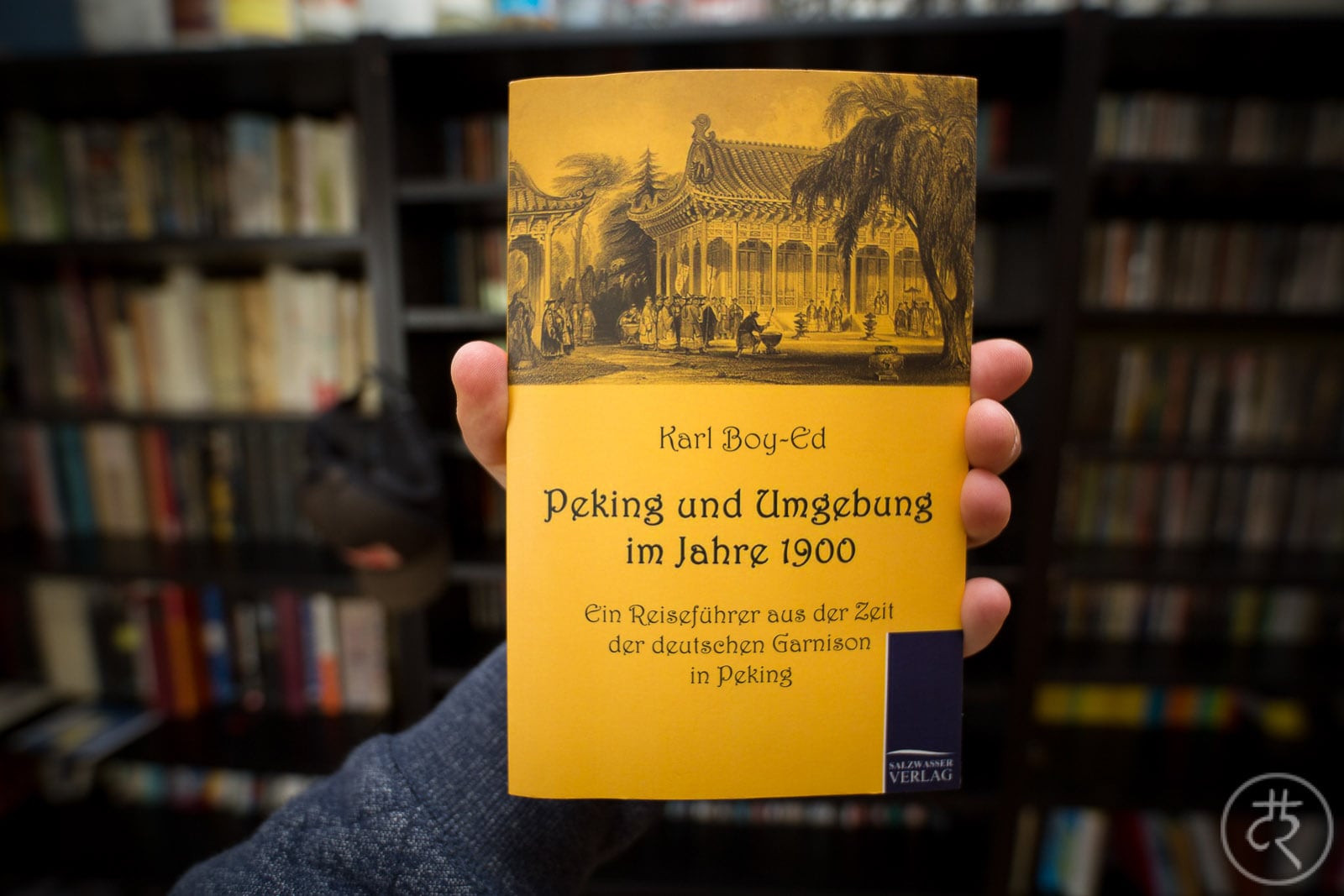 The story: it’s 1900, the first year of the 20th century, and Karl Boy-Ed is stationed as a lieutenant with the German army in Beijing. He sees a bit of the city and of its surroundings, and he takes part in the defence of the foreign quarters against the Chinese troops during the Boxer Uprising.

This is not a regular travelogue. Boy-Ed aims to write a travel guide about the region in and around Beijing. He tells us how to get around, what to look at, and how to make our travels more convenient – in the year 1900. He also offers some historical insights and a few black & white photos.

All of the above might be interesting if you are a fan of late imperial China or of Beijing in particular. But there is one more thing about this book that makes it worthwhile: Boy-Ed’s account of the fighting between Chinese troops and foreign forces during the Boxer Uprising. This is a vividly written first-hand account of one of the darker chapters in international relations.

Boy-Ed’s feat of being stationed in Beijing (and taking part in some fighting) is hard to quantify. I guess it’s okay. His storytelling is okayish, too (with the exception of the fighting parts, which are awesome), and his writing style isn’t so bad. Some of the information he shares is historically significant.

If you’re interested in the history of Beijing, or you want to read about how a foreigner perceived of China near the end of the Qing Dynasty, look no further.