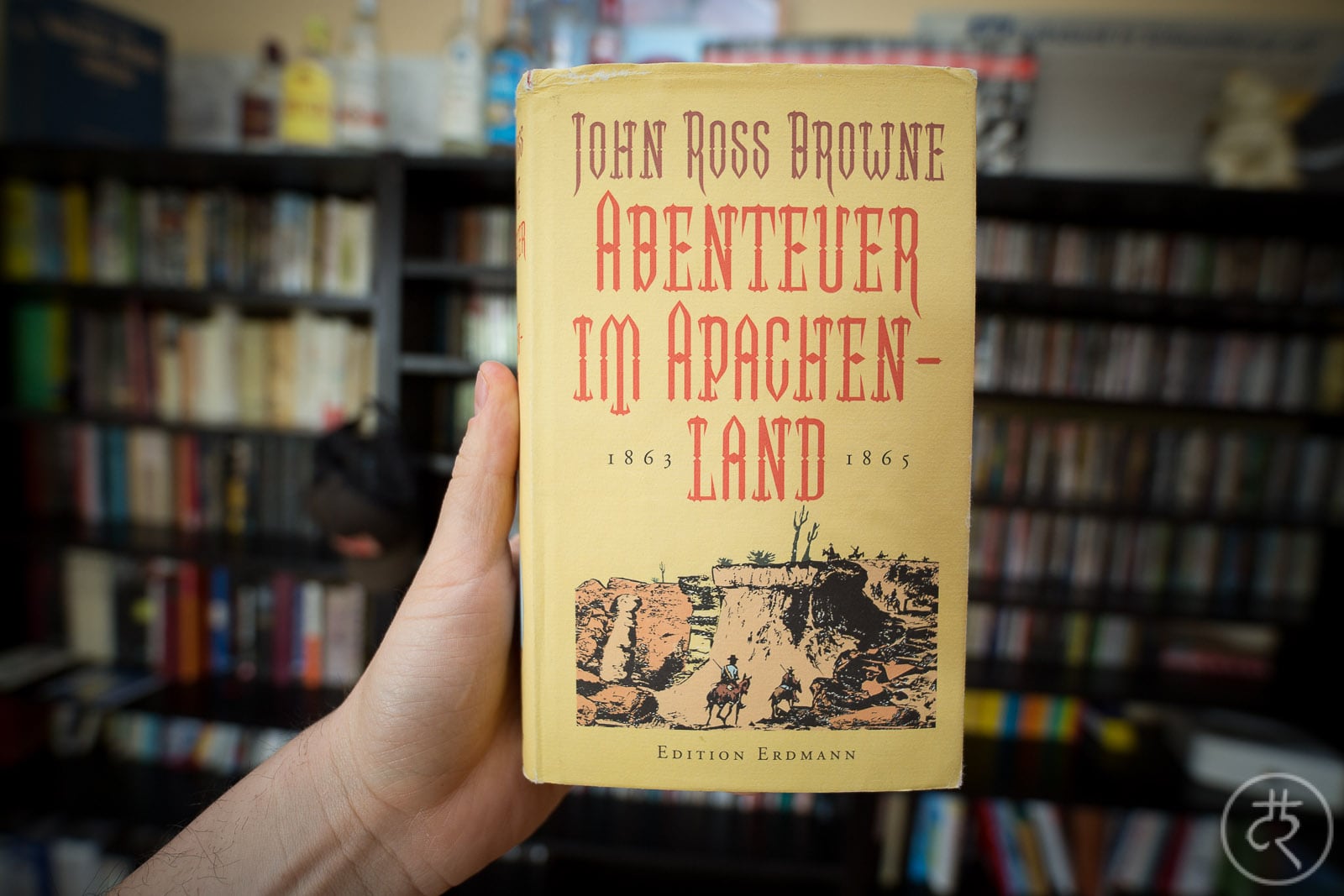 too much about mining

The story: in the mid 1800s, Irish-born American writer John Ross Browne sets out on several trips from California (a state since 1850) to the areas that would later become Nevada, Utah, Colorado, New Mexico and Arizona.

At first, the book appears to be a pretty straight-forward Wild West adventure tale. Browne writes about his journeys and about the lives of the people he runs into. There’s a bit of danger (although not as much as one might expect), and some of the observations that Browne shares are humorous and insightful.

His writing style is generally pretty good. In fact, I just learned that he was influential for writers like Herman Melville and Mark Twain.

too much mining business

And then there’s the mining. In fact, there’s so much of it. Browne seems to be very interested in all sorts of mines, and he talks about them at length. This kind of takes the fun out of a book that I was somehow expecting to be more about cowboys and indians than about prospectors and miners.

Browne’s feat of traveling around the Western territories during his time is respectable. His storytelling is okay, his writing style is pretty good, though. Some of his observations and insights are valuable.

If you’re into the Wild West (or better yet: into mining in the 19th century), read this.